TORONTO, May 21 2007 (IPS) - Biodiversity is what sustains life on Earth, but we are on the verge of the sixth mass extinction of species in the planet’s history, Ahmed Djoghlaf, executive secretary of the Convention on Biological Diversity, told Tierramérica.

On the eve of World Biodiversity Day, May 22, in a conversation with correspondent Stephen Leahy, Djoghlaf underscored that climate change is creating conditions to which plant and animal life cannot react to quickly enough. In turn, the loss of species will aggravate global warming, creating a vicious cycle. 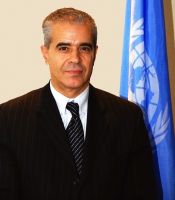 TIERRAMÉRICA: What is the link between climate change and biodiversity?

AHMED DJOGHLAF: Species cannot respond fast enough to changing climatic conditions. The warming oceans are having a tremendous impact on coral reefs and plankton, crucial to marine biodiversity. And combined with over-fishing, this means fish stocks will be effectively wiped out by 2048, recent research shows. That will affect the livelihoods of many millions of people.

At the same time, reduction in plankton means the oceans will absorb less carbon dioxide and climate change will worsen. This is also true regarding deforestation: less forest means more carbon in the atmosphere and less biodiversity. Tropical forests contain most of the world’s biodiversity. Brazil, for example, is home to more biodiversity than all G8 countries combined. (Group of Eight wealthiest countries: Britain, Canada, France, Germany, Italy, Japan, Russia and United States).

TA: Why should the public be concerned about the decline in biodiversity?

AD: It is the air we breathe, the food we eat, the medicines we depend on. Biodiversity is what sustains life on the Earth. The Millennium Ecosystem Assessment reported last year that two-thirds of ecosystems are in decline. We are on the verge of the sixth mass extinction in the history of the Earth. The current trend is that 30 percent of all known species will vanish before the end of the century.

TA: People are worried about climate change but have little awareness about the biodiversity crisis. What can be done about that?

AD: This April was the warmest April ever in Europe, and people can see and feel that. Declines in biodiversity are not obvious to us. People don’t know that we rely on only 12 different plants for our food, when it used to be more than 7,000. We are not aware that 85 percent of the medicines in the United States come from plants or animals. We need to raise public awareness that we are undermining life on Earth.

TA: What needs to be done to protect biodiversity?

AD: Business as usual is not sustainable. If everyone had the same lifestyle as the average American, we would need five planets. We have only one planet. We have to act differently at all levels – public, government and business.

TA: Is an intergovernmental panel, like the one for climate change, needed for biodiversity so that scientists can advise policy makers?

AD: We need many panel-type organisations for different aspects of biodiversity. The CBD itself is a modest operation with a small staff and budget of 10 million dollars, which is mainly used to hold meetings.

TA: Is there any progress on the commitment made at the 2002 World Summit on Sustainable Development in Johannesburg to stop or reduce significantly biodiversity loss at the global, regional and local levels by 2010?

AD: Germany has committed to making climate change and biodiversity the focus of the next G8 summit in Japan. We will get an assessment of how some countries are faring and how countries can fulfil their commitment. Prior to the CBD’s COP10 (Conference of Parties) in 2010, also in Japan, there will be a full report on how biodiversity can be assessed country by country. The COP will also establish a post-Johannesburg target for biodiversity. The year 2010 will also be the International Year of Biodiversity.. This will be the first time the world community will concentrate on the issue.