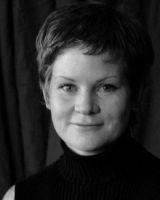 In her recently published book &#39Scorched: South Africa&#39s Changing Climate&#39, she tracks how bees, frogs and a multitude of other creatures and plants in the country are affected by climate shifts. The book was given an honorary award this year at the prestigious Sunday Times Literary Awards.

IPS correspondent Moyiga Nduru spoke to Joubert to find out more about how she, in the words of the &#39Scorched&#39 website, has given "local colour to a global problem".

IPS: The title of your book implies that South Africa is getting hotter, and drier. Which parts of the country did you find are worst affected?

South Africa always has heat waves, flooding and drought. Climate scientists predict the three phenomena will happen more often, with greater intensity. For example, take the recent drought that affected South Africa&#39s maize production. Many people say it was the worst in 40 years.

Since 1960 South Africa has warmed by 0.5 degrees. There is a general trend where there have been warmer days and fewer cooler days in South Africa.

IPS: And, how is this affecting ecosystems?

LJ: The desert is shifting southwards from Namibia. Scientists have always warned that, in theory, species will move towards the pole or to higher altitudes in case of climate change. This is happening now in some cases…Species are moving southwards.

The quiver tree has been dying out in the north of Namibia. The same trees are in the Northern Cape (a province of South Africa). They haven&#39t been affected yet.

Then there&#39s the threat to the Cape Floral Kingdom and Succulent Karoo (region), which have unique species. Unless we address the effects of climate change, scientists have warned that 50 percent of the species of fynbos ("fine bush", in Afrikaans – plants found in the kingdom) will be lost within a century – and that all the species in the Succulent Karoo will be lost within the next century.

The farming communities will be hardest hit. Poor farmers will be unable to absorb the environmental shock…Africa is regarded as one of the most vulnerable continents to climate change.

IPS: In the course of your research, did you find that government and communities are sufficiently aware of these events – or is there still widespread ignorance out there?

LJ: Government is taking it seriously. The problem is that putting policies in place and tackling climate change take a long time. We also need to embark on public awareness campaigns.

IPS: To what extent does South Africa emit the greenhouse gases widely believed to be at the root of climate change?

LJ: South Africa produces 1.25 percent of global greenhouse gases. Compared to the United States, Europe and China this is tiny; but, South Africa&#39s greenhouse gas emissions are 3.5 times higher than the average for the developing world.

If we continue as we are now, our greenhouse gas emissions will have quadrupled by 2050. South Africa&#39s government needs to help vulnerable communities. It needs to think about economic growth in a way that the emissions will not grow as they are doing now.

IPS: What can be done?

LJ: There are a lot of things that we can do. These include using renewable energy. If we can produce a technology to make coal cleaner that will help. But a technology to capture carbon from coal before it gets into the atmosphere is a long way off.