SIERRA LEONE: A Women&#39s Issue That Women Are Wary of Campaigning About

FREETOWN, Aug 8 2007 (IPS) - Female genital mutilation (FGM) can make sex painful, complicate childbirth, lead to urinary tract infections, enable the transmission of HIV – and induce a host of other ills. So, promising to fight this practice should be a winning strategy for someone hoping to be elected to parliament this Saturday in Sierra Leone – where about 90 percent of girls and women undergo FGM, according to rights watchdog Amnesty International. 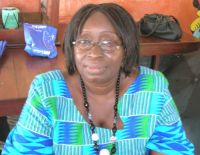 Should be. But, isn&#39t. In an inescapable irony, the issue is off limits even to aspiring women legislators who might have an unhappy experience of FGM, and who could lead the fight against the practice at the highest levels.

The reason? FGM still enjoys support in large sections of the community, notably among members of secret "Bondo" societies, made up exclusively of women, which use the practice to initiate girls into womanhood – alongside teaching them various domestic skills.

"I cannot say a word now (against FGM) because I need their support," Tinah Greene, a candidate for the Convention People&#39s Party, told IPS.

While the 2002 polls were held under a system of proportional representation, seen as conducive to helping women enter parliament, this year&#39s general elections are being fought in the tougher world of constituency politics – and women need to ensure they have the Bondo societies&#39 votes in hand.

One of the seven political parties which have put forward candidates for the presidency, the National Democratic Alliance (NDA), has come out against FGM, also referred to as female circumcision. This party also has the distinction of being the only grouping with a woman standing for vice-president (no party has put forward a female presidential candidate).

However, certain NDA parliamentary candidates are less outspoken – perhaps because of fears that criticism of FGM could be equated with resistance to the entire system of initiation that is central to many communities, and a source of income for some women.

"In the constituency…I find myself in, Bondo is held in high esteem; it is revered," NDA legislative aspirant Asiah Coker told IPS. "For me as an initiate I don&#39t think it (FGM) is bad, because I function properly."

Notes All People&#39s Congress (APC) candidate Salamatu Turay: "I personally believe in the African tradition. The African belief is that female circumcision is very important to the lives of Africans."

Vice President Solomon Berewa is said to have sponsored the circumcision of several dozen initiates in the south-eastern cities of Bo and Kailahun last year. About a decade ago, Shirley Yeama Gbujama – now minister of social welfare – reportedly even threatened to "sew up the mouths" of persons who spoke out against Bondo (see Q&A: "In Sierra Leone They Just Cut You, And There&#39s Not Much Problem With That").

Women account for 64 of the 566 candidates contesting parliamentary polls, which come five years after the conclusion of a devastating, 11-year civil war fuelled by Sierra Leone&#39s extensive diamond resources.

FGM involves the partial or complete removal of female genitals – typically without anaesthetic – creating a wound that is then partially stitched up, with an opening left to allow for the passage of urine and menstrual blood.

The reasons for the practice vary in the many African countries where it persists: in addition to being an initiation rite, it is viewed as a religious requirement in certain Muslim communities – while others see FGM as necessary for female hygiene.

Other reasons include the belief that circumcision curbs a woman&#39s libido, making FGM a preventive measure against female infidelity.

Indications are that the fight against FGM in Sierra Leone may become even harder in the months to come.

"It has become fanatical in some areas," says Lowe. "Before it was mostly girls over 15 (who were circumcised)…But it&#39s probably going to go down. We know there are girls being done by about six years of age."

Sierra Leone has signed the United Nations Convention on the Elimination of All Forms of Discrimination against Women (CEDAW) and the Maputo Protocol to the African Charter on Human and Peoples&#39 Rights on the Rights of Women in Africa – both of which call for a ban on FGM.

However, government has yet to pass a law against the practice.

A child rights act that parliament debated in June initially included a section that could have been used against FGM; however, this was removed before the act was passed into law – apparently because of concerns that the language of the clause was ambiguous.

"They lifted out the section (on FGM). The thing is, being close…to the elections, nobody wanted to touch it," said Lowe.

In the south-eastern Gorama Mende chiefdom a law prohibits the cutting of girls under the age of 18. However, this legislation was enacted to reduce high pregnancy rates among teenagers – it being permissible for FGM initiates to engage in sex – rather than through outrage over circumcision.

On a more optimistic note, the Ministry of Social Welfare, Gender and Children&#39s Affairs is seeking to establish an age of consent for initiates to undergo circumcision: someone below this age would not be allowed to undergo cutting, and the practice would not be forced on anyone of age. Government is also conducting education campaigns among rural and traditional communities about the harmful effects of FGM.

"What you have to do is move a step further in engaging the stakeholders, having consultations with paramount chiefs, with the Bondo leaders, with husbands, the families. Some things like this you cannot do away with in one day," Momunatu Koroma told IPS.

Ernest Koroma, the presidential candidate of the APC – the greatest threat to the ruling Sierra Leone People&#39s Party (SLPP) – has vowed in his party&#39s manifesto to uphold the stipulations of CEDAW, which may bode well for those trying to do away with FGM.

And, while many parliamentary hopefuls have distanced themselves from the FGM controversy, a handful of candidates are braving tradition to speak out against circumcision.

"We need to educate our people. We need to get them involved, to make them understand the dangers of the Bondo society," Zainab Kamara, of the SLPP, told IPS. "For it (FGM) to be eradicated we have to sensitise our people."

For her part, People’s Movement for Democratic Change candidate Luciana James says she would work towards educating women about the health risks of female circumcision if elected to parliament: "I&#39m strongly against female circumcision. (But) for society now, the women believe in that, and we have to take our time."