Q&A: ‘Being Silenced Is So Serious That the Reason Pales in Comparison&#39

HAVANA, Oct 17 2007 (IPS) - A decision by the Cuban Radio and Television Institute (ICRT) not to broadcast several video clips by national filmmakers rekindled controversy about the government’s cultural policy and its effects on the media. 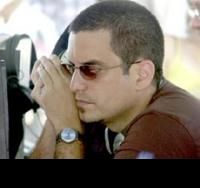 E-mail protests from artists and filmmakers have revived the debate among local intellectuals that began in January, and are coinciding with the discussion process initiated by acting President Raúl Castro in a Jul. 26 speech in which he called on people to question "everything we do, in order to constantly improve how we do it."

Paradoxically, several of the video clips in question are works supported by other state or political institutions in the country which, for one reason or another, have had their circulation limited to small groups, or have been screened once at festivals, never reaching the wider Cuban public that should be their main audience.

As someone who is aware that media censorship is a universal problem, one of the participants in the electronic debate that has been under way in the past few weeks, Cuban filmmaker Pavel Giroud, agreed to an e-mail interview with IPS correspondent Dalia Acosta.

Giroud has an extensive background as a director. His films include "La edad de la peseta" (The Silly Age) (2006), which received one of the highest numbers of awards for Cuban filmmaking in recent times. He personally experienced censorship when his video for the song "Mi generación" by the rock group Tesis de Menta was rejected by the ICRT.

IPS: How does censorship work in the arts media? Who makes the decisions, how do the filmmakers find out, and what chances do they have to argue their case?

PAVEL GIROUD: Censorship works here just like it does everywhere, except that because it’s Cuba it’s closely scrutinised. In my view, censorship isn’t a national monopoly. Every television network and publication in the world has its guidelines for broadcasting or editing, and whatever does not fit the requirements gets left out.

HBO (Home Box Office) refused to broadcast (U.S. director) Oliver Stone’s documentary about (Cuban President) Fidel Castro, because it didn’t take the focus that the network wanted. So they insisted on another interview with Fidel. In other words, what Stone wanted to say about his interviewee didn’t matter; what mattered was what the network wanted to show.

The Spanish movie "Lucía y el sexo" (Sex and Lucía) (1991) was censored in many U.S. states because it had too much explicit sex. In the Middle East there are cultural rules about how women dress. In China they cut whole sequences out of films when they feel certain precepts are violated. The author of "The Satanic Verses" (Salman Rushdie) has spent his life fleeing death. Cuban filmmakers made "Fresa y Chocolate" (Strawberry and Chocolate) (1993) and it took a decade before Cuban television saw fit to air it.

Personally, I prefer that a work of mine not be broadcast, rather than be told to change my shots or remove footage. Nor am I interested in hearing their explanations. The mere fact of being silenced is so serious that the reason why pales in comparison, because it will never be a good enough reason for the person who is silenced.

IPS: Isn’t it paradoxical that Cuban television, a state institute, should censor works of yours that have the backing of the Asociación Hermanos Saíz (Saíz Brothers Association, AHS), an organisation bringing together young Cuban creative talent under the guidance of the Young Communist League, and the state recording company EGREM? In cases like this, what support do creative artists get from AHS or the Union of Cuban Writers and Artists (UNEAC)?

PG: I cannot explain what I have not been able to understand myself. I don’t think these institutions are supposed to function as trade unions. I defend the autonomy of the institutions, precisely because I criticise all centralisation, from the economic to the cultural spheres, so I see no reason why UNEAC or AHS should be in conflict with television. In my particular case, we needed help from AHS to make the video, and they provided help.

The problem is with television, which evolves at a snail’s pace. These musicians are the victims of censorship, just as singer and songwriter Silvio Rogríquez was in his day, and the striking thing is that many "cursed artists" are still in the country, singing, writing, painting and bringing Cuba prestige.

IPS: In your contribution to the e-mail debate, you mentioned the easy ride enjoyed by those who make video clips that are high on banality, low on creativity and to a certain degree politically opportunistic. Why do you think this type of work is favoured in the national media? Is television a sort of "fiefdom" on the margins of the political culture of the country?

PG: Banality and lack of creativity are favoured everywhere. Turn on any music video channel in the world, and you’ll see that for every artistically worthwhile video, you have to put up with several others that fit the description I gave in my written contribution.

The same buttocks writhing around the machista reggaeton star, the same seductive gestures by the "in" singers, the same slow-moving shots of love scenes at sunset, the same sheen on the biceps, the same sensual moves, the same phoney little smiles. I think we in Cuba are definitely not the principal producers of these.

It’s a much safer bet to produce an album of Puerto Rican reggaeton star Daddy Yankee or Mexican pop singer Paulina Rubio, because they sell, they don’t make any trouble, and if they do, substitutes are close at hand. Making commercial music is more about opportunism than mediocrity. Lots of good musicians or painters do what sells.

The same happens in politics, there is opportunism on both sides, by the makers and by the broadcasters. The broadcasters know that a video full of praise for the system won’t make any trouble for them, and the creators know perfectly well that they will get on television much faster if they write a song, produce a video or film, or paint a picture in praise of a political figure.

Cuban culture is full of examples of singers who used to turn out a song for every historic, revolutionary commemoration, and who are now singing boleros on 8th street of Little Havana in Miami; painters who before the 1959 revolution painted (Cuban dictator Fulgencio) Batista (1952-1958), and afterwards painted (Cuban-Argentine guerrilla leader Ernesto) Che Guevara; and writers who while they received benefits from the revolutionary government, wrote books about the heroes of the Escambray mountains, and now write terrible things about Fidel.

Opportunism is everywhere, and similarly everywhere television is a fiefdom which the owners use according to their own desires. Who would dare to speak well of communism on Channel 51 in Miami?

IPS: This controversy about the video clips that have been censored, like the intellectual debate that began in January, is taking place predominantly by e-mail, and very probably only a small number of people involved in artistic circles are participating. Do you think it is necessary to open up discussion of these issues to Cuban society in general?

PG: Whether or not I think so doesn’t matter, because everyone thinks so. Cuba right now is having an intense debate, which is not only cultural. I think we are living through a time when those above want to listen to those below, and those below are hoping for support from those above, but in the middle there’s too much dead wood, people who have no ideals beyond their own selfish interests.

A coward’s a coward on either side of the strait, and will keep silent even when he or she has the opportunity to speak.