Q&A: “We’ve Stopped Believing in Ourselves”

VANCOUVER, Oct 17 2007 (IPS) - Dr. Michael Byers, a professor of politics and international law at the University of British Columbia, recently released a provocative book titled “Intent for a Nation – A Relentlessly Optimistic Manifesto for Canada’s Role in the World.” 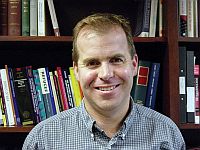 He spoke with IPS writer Am Johal from Vancouver.

IPS: I just read your book over the weekend. How did you come up with the idea to write a contemporary response to George Grant’s iconic 1960s book “Lament for a Nation”?

MB: The motivation was intensely personal. Like many Canadians, I had internalised George Grant’s message: Canada as an independent country had ceased to exist.

Grant based that conclusion on what he called “continental capitalism” – the increased integration of the Canadian economy into the U.S. economy – and “global modernism” -the overwhelming cultural hegemony of things like Hollywood and Motown. For people of my generation, that thesis and explanation seemed pretty compelling. When I left Canada in 1992, there was no reason to think Grant was wrong. We did a couple of significantly independent things – for instance, we stayed out of the Vietnam War – but the fear of being subsumed by the American project was always prevalent and widely accepted, and certainly felt in the 1988 Free Trade debate.

IPS: The Rwandan mission in the 1990s and other peacekeeping missions have had challenges for Canada. Has Canada rethought its role and lessened its international contributions due to the controversy of some of these missions? How would you explain other areas of activity related to Canadian foreign policy, including actively attempting to sabotage the Universal Declaration on Indigenous Peoples?

MB: I actually did some work on the draft declaration on indigenous peoples in 1991 as a summer student in the Department of Justice. I sat in on meetings of a working group with government bureaucrats. The work we were doing was essentially to steer the document so it did not cause serious problems for the Canadian government. Canada was remarkably effective at driving that agenda – the end result was that, although the Canadian government did not achieve a 100 percent victory, the final document was significantly altered as a result of a decade and a half of active Canadian diplomacy.

At the end of the day, I don’t see anything objectionable in the document. It also has no legally binding force. Canada should have supported the Declaration because the vast majority of countries were comfortable ratifying it and did not view it as a threat. In the end, it is an aspirational document which sets out general principles. The countries that have voted for it are doing something important, in that they are acknowledging that they are conscious of the predicament of aboriginal peoples.

Canada’s current stance is a slap in the face for indigenous people in Canada. The government is basically saying that they don’t really give a damn. One sees that in the international policy just as one sees it at home.

It should be noted that Rwanda was not a failure of peacekeeping – it was a failure of political will. General Romeo Dallaire’s options were diminished due to the politics of international decision-making. It was a moral failure on the part of the leaders of nation-states, including Canada. I don’t see how anyone could use the Rwandan experience to criticise peacekeeping. If anything, it shows that the framework of U.N. peacekeeping is sound and that the problems – when they exist – usually concern a lack of political and moral will on the part of the leaders of nation-states.

IPS: I interviewed Stephen Lewis recently, Canada’s former ambassador to the U.N., and he mentioned that peace and security, which he viewed as very important, was getting too much attention under the international system. In other words, that other U.N. areas such as human rights and development were underdeveloped financially and organisationally. What do you think about that?

MB: He’s absolutely right. It is one of the scandals of Canadian foreign policy. We are not even halfway towards the goal that Lester Pearson [Canada’s prime minister from 1963-68] set of directing 0.7 percent of GDP to overseas development assistance. Our economy has grown enormously since the 1970s. We certainly have the capacity – we have the eighth largest economy in the world, with a population of only 32 million people.

Anyone who studies these issues knows that an ounce of prevention is worth a pound of cure. Putting money into overseas development assistance is an important responsibility for a country like Canada. And not doing so constitutes a moral failure on the part of successive Canadian governments.

It’s even happening with regards to Afghanistan. Afghanistan is the largest beneficiary of Canadian aid. But we are spending much, much more on the Kandahar counter-insurgency mission. Though we claim to be stepping up to the plate, the investment in overseas development assistance is relatively minor compared to the cost of the counter-insurgency.

MB: Earlier this year, I wrote an op-ed in Toronto Star calling on Hillier to resign. My view is that he’s overstepped his role, and has – since his public spat with Liberal Defense critic Denis Coderre – become unacceptably politicised. Hillier has taken on a Douglas MacArthur-like persona.

To be fair, Hillier has also been dealing with extraordinarily weak politicians. He’s had open running on where he thinks the Canadian military should go. He has found the opportunity to take on this very public role. But regardless of the issue of fault, he is now in an untenable position, and must step down.

IPS: In terms of climate change, how will issues of Northern sovereignty affect Canadian international relations, in terms of other countries who are putting in claims with international bodies due to real possibility of resource extraction becoming distinctly possible?

The other, distinctly Canadian thing is that the Northwest Passage is open. We had 11 ship transits in 2006. And more shipping is coming: before long, we are going to have an international shipping route through the Canadian archipelago. We need to be grappling with that in a very urgent way, including with pro-active diplomacy – and that includes diplomacy in Washington.

IPS: There is immense power and strategic advantage of being a middle power, while not having the same burden as a more powerful state. Could this mean the possibility of carving out a role in the international system that is rooted in international law and human rights – could we then, perhaps, have the space to take moral leadership in the international context? Why is it that Canada is not taking a leadership role today?

MB: Well, we’ve stopped believing in ourselves – because we’re in the shadow of the most powerful country in the world. Canada is one of the 10 most influential countries in the world, if you look at all the indices of power: the size of the economy; our immense natural resources; the fact that we’ve no sworn enemies; our incredibly large immigrant population living in remarkable harmony.

We have an impressive country, but don’t seem to realise that ourselves. It is the great limiting factor. If you don’t believe in yourself, you have no reason to try as a nation, especially when it comes to foreign affairs.