WORLD AIDS DAY: "The Search for a Vaccine Must Go On"

NEW YORK, Nov 27 2007 (IPS) - When one of the world&#39s most promising large-scale HIV vaccine trials was shut down in September after it became clear that not only did the drug fail to block the virus, but may have even increased the vulnerability of some test volunteers to contracting HIV, it was a profoundly disappointing moment in the more than 20-year quest for a vaccine. 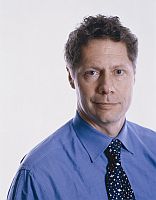 The International AIDS Vaccine Initiative (IAVI), headquartered in New York, is an important player in conducting and promoting vaccine research, through partnerships with more than 40 academic, biotechnology, pharmaceutical, and government institutions.

IPS correspondent Nergui Manalsuren asked the head of IAVI, Seth Berkley, what this setback means, and whether there are still realistic hopes for the "magic bullet" of an effective HIV/AIDS vaccine.

IPS: Some experts say there are basic flaws in the way vaccine research is carried out, with many scientists working in isolation, little coordination among labs and no network through which data can be shared, making it difficult for scientists to learn from each other&#39s mistakes. Why do scientists fail to cooperate with each other? What can be done to better coordinate their work?

SB: When IAVI was founded, there was no concerted scientific, political and economic commitment for AIDS vaccines. Today, however, the landscape has changed dramatically. Governments in developed and developing nations have expressed strong support for AIDS vaccines, both politically and financially. And leading AIDS vaccine experts have mobilised to tackle the main scientific hurdles to developing a vaccine.

Over the past several years, there have been several consortia and alliances formed to enhance collaboration and cooperation in the field. Four years ago, for example, several AIDS vaccine research and advocacy organisations formed an alliance known as the Global HIV Vaccine Enterprise. Together members aim to identify new strategies to accelerate AIDS vaccine research and development. IAVI has also formed three consortia to help solve the main challenges facing researchers today.

Thanks to these and other efforts, scientists from around the world have now gone back to the bench to identify and test better vaccine vectors and identify antibodies that will be able to neutralise many strains of HIV. These scientists regularly share their findings and course correct in order to bring the next generation of promising candidates to the clinical pipeline.

We must not forget, however, that healthy competition is essential for advancing science. Innovation and the out-of-the box problem-solving can lead to scientific breakthroughs that can save millions of lives.

IPS: What do you think the fallout will be from the failed Merck V520 vaccine trial?

SB: The news on the Merck V520 vaccine trial, also known as the STEP study, is disappointing, but we are not discouraged. While it was pretty clear the vaccine would not prevent HIV infection entirely, we were hopeful that it might lower the viral load of individuals who later became infected and thus slow their progression to AIDS. Unfortunately, the vaccine did not achieve either goal.

The search for an AIDS vaccine must – and will – go on. It&#39s far too early to draw any broad conclusions from the results of the STEP study. It&#39s important to remember that this is the failure of one specific candidate. Until we know why the Merck vaccine candidate failed or whether or not it caused an enhanced susceptibility to HIV infection, we do not know what impact these results could have on other candidates in the pipeline.

IPS: Experts interviewed in a recent Time magazine article ("Assessing a Failed AIDS Vaccine," Nov. 7, 2007) point out that because it takes years to get regulatory approval to start human trials, by the time they are underway, the science around which the vaccine was built has long since become outdated. In this light, should trials be done faster, better, and smarter, as Dr. Alan Bernstein, executive director of the Global HIV Vaccine Enterprise, argues?

SB: First, we disagree with the premise that it takes years to get regulatory approval to start clinical trials. In the United States, the FDA [Food and Drug Administration] gives AIDS vaccines a fast track review. In other countries, first approvals may have been slow, but with experience and broad political support for AIDS vaccine testing, later approvals have come expeditiously. IAVI has done trials in 11 countries, and we are pleased with the speed of regulatory approvals in most of them.

That said, I agree with Dr. Bernstein that we need to find a way to more systematically and efficiently test and rank AIDS vaccine candidates. To speed development, IAVI advocates placing the best vaccines in a fast-track pipeline, where they can be tested head to head. Today late-stage efficacy trials of 3,000 people take a minimum of three years to obtain even interim results. Instead, IAVI has proposed a new trial protocol, known as the screening test-of-concept, or STOC trial. A STOC trial would allow for the testing of several vaccine candidates in smaller populations of individuals at high risk for HIV infection. By conducting smaller trials, along with systematic testing in validated and standardised animal models, we will be able to more efficiently evaluate vaccine candidates with fewer resources. This simple shift would quickly weed out weaker products and could shave years off the discovery of the vaccine the world so desperately needs.

IPS: How much does the threat of litigation impact the AIDS vaccine field?

SB: The safety of trial volunteers is of paramount importance to our organisation. We feel the best approach to liability concerns is to focus on safety at every stage of vaccine development – from the manufacturing the candidates to safety and purity testing before conducting human trials all the way through to volunteer counseling and informed consent. IAVI adheres to the international ethics guidelines that have been established to protect the rights of trial participants in all drug and vaccine trials. These guidelines are standard practice and are reinforced by an independent review system on a national and trial-site basis.

IPS: What could UNAIDS, and Peter Piot, be doing better?

SB: Just this week, UNAIDS and the WHO [World Health Organisation] released revised epidemic figures suggesting that the percentage of people living with HIV has leveled off and the number of new HIV infections per year peaked in the late 1990s. We at IAVI are encouraged by the prospect that there are fewer people living with HIV/AIDS and fewer people getting infected annually than previously thought.

Even with the revised estimates, AIDS remains the fourth leading cause of death globally and the primary cause of death in sub-Saharan Africa. UNAIDS and other advocacy organisations will now have an important role to play in ensuring that the world does not become complacent in its response to this terrible disease.

If we are going to beat this epidemic, we must continue to expand access to treatment and existing prevention methods as we simultaneously focus on new prevention technologies, most especially an AIDS vaccine, the one intervention that can eliminate AIDS from the map. We know from history that no major viral epidemic has been defeated without a vaccine. We are counting on political leaders in the field to assure that there is sustainable political and financial support for the effort.