Interview with Philip Coyle from the Centre for Defence Information

PRAGUE, Jan 18 2008 (IPS) - The U.S. project to enlarge its missile defence system to Eastern Europe is a wasteful enterprise that will make the world unstable, says Philip Coyle, senior advisor to the independent Centre for Defence Information in Washington, and expert on worldwide military research, defence and security policy. 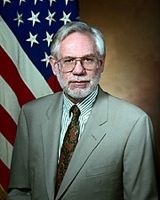 Coyle also served as assistant secretary of defence and director of operational test and evaluation at the Pentagon during former U.S. president Bill Clinton&#39s tenure.

On a short visit to Prague following an invitation by the local branch of Greenpeace, Coyle met with Czech politicians and local authorities to gather evidence from independent researchers that the U.S project to enlarge its missile defence system (MDS) is dangerous.

His visit coincided with that of U.S. Missile Defence Agency (MDA) director Henry Obering who was promoting it amid promises to protect Europe from Iran and other &#39rogue states&#39.

IPS Central and Eastern Europe correspondent Zoltán Dujisin interviewed Coyle on the U.S. plans to set up a radar in the Czech Republic and a base with ten interceptor missiles in Poland.

IPS: Can the MDS work?

PC: The missile defence hardware being proposed for Europe has no demonstrated effectiveness to defend Europe, let alone the United States, from an attack by Iran under realistic operational conditions.

IPS: Some Czech and Polish politicians believe the radar will protect them.

PC: Officially the missile defence agency itself says the first purpose of the radar in Europe is to protect the radars in Greenland and the UK, only then they go on to say it will protect the United States and its allies.

IPS: Is there a threat for Europe at present?

PC: There are about 3,400 km from Tehran to Prague, but the longest range missile that Iran has today only has a range of about 1,500 km, which means it wouldn&#39t even get halfway to Prague.

IPS: You seem sceptical about Iran being the rationale behind the MDS project.

PC: I am not saying there could not ever be a threat from Iran, maybe in the future it could have longer-range missiles, but if it becomes a substantial threat, the proposed system cannot handle it. As General Obering himself admits, it&#39s enough if they fire more than one missile, and if they use decoys or counter-measures, which are the system&#39s Achilles heel, they can fool the defence.

Suppose the system is built in Poland and the Czech Republic, and Iran believes it actually works. Then they would build more missiles to overwhelm the system. If the system can shoot down two missiles they&#39ll just build 20, if it can shoot down 20, they&#39ll build 200. This would not lead to a more peaceful world, we would get into an arms race situation, and Iran would end up imitating Russia, which already has so many missiles that it can overwhelm the most futuristic missile defence system we can dream of.

IPS: Then why is the U.S. interested in building this base?

PC: I think what we have here is an over-reliance on technology to solve difficult national security problems. You don&#39t have to take it from me, the Missile Defence Agency itself says the present technology is not sufficient to protect us from the &#39existing and anticipated rogue nation threat&#39.

The Pentagon has been very inconsistent about this. First they hype the threat, for instance they have said Moldova is a threat. I don&#39t think so (laughs). On the one hand they warn about so many countries getting missiles, but then on the other they dumb down the threat and claim Iran can only launch one missile and would never use decoys to fool the defence.

IPS: Is the Bush administration rushing to complete this project, and if so why?

PC: They are, and this is why General Obering was here this week. The Bush administration would like to get concrete poured both in Poland and the Czech Republic, and I don&#39t just mean it literally. They also want to get concrete poured in terms of agreements in paper with Prague and Warsaw to make it very difficult for the next U.S. presidential administration to do something different.

IPS: Can you imagine any cooperation on the MDS with Russia, which has so far been very critical of U.S. plans?

But almost before the ink had dried on that agreement, the United States unilaterally approached Poland and the Czech Republic on the system. This must have been highly annoying to Russia, that right after we promised we would work together, we went off unilaterally.

IPS: What is the worst-case scenario of worsening of U.S.-Russia ties?

IPS: Do you think the project responds to a cold-war mentality?

PC: No, but I think Russia could react to it in a way that would re-start the cold war. (Russian President Vladimir) Putin had already threatened to pull out from the Conventional Forces in Europe Treaty, and then he actually announced he was no longer abiding by that treaty. He has threatened to pull out of the Intermediate Nuclear Forces treaty, he&#39s put strategic bombers back on alert, there are flying exercises over Europe, he has announced the development of new missiles, of new manoeuvring reactive vehicles that the U.S. military won&#39t be able to shoot down, etc.

IPS: You are basically saying a new arms race could be sparked.

PC: Putin keeps raising the threat as the MDS project goes forward, and that could become quite dangerous.

PC: Whatever is done needs to be done with the full cooperation and support of NATO. If Poland and the Czech Republic required special protection and security guarantees from the United States in return for hosting the missiles and the radar, this will begin to divide Europe and weaken NATO. Article 5 of the NATO charter would say that the umbrella should cover all members and that individual deals are not required, but once individual nations start doing individual deals it calls into question the whole premise of NATO, which would not be a positive step.

IPS: So you are saying that if Russia and NATO where to be involved in the project you could agree with it. Or are the system&#39s technical shortcomings too overwhelming?

PC: In principle yes, but of course I, like anybody else, would like it to be effective. The Czech people have shown themselves to be a brave people, and they might be willing to accept the risks of hosting a radar. But I don&#39t think Czech citizens should take those risks if the system doesn&#39t actually work. If the radar is built in the Czech Republic that would be the first thing the enemy would attack to blind its opponent.

IPS: What can the Czechs do?

PC: The Czech Republic could do what Canada did in 2005. Canada is surely the United States&#39 closest friend and ally, and it decided not to participate in the U.S. missile defence system because they were concerned about an arms race and about the costs of the project. South Korea made a similar announcement recently.