Q&A: "Vitamin A and Zinc Should Be an Essential Part of Malaria Control Strategies"

TORONTO, Feb 13 2008 (IPS) - Malaria continues to cut a swathe through Africa, which accounts for most cases of the disease and the majority of malaria-related deaths. Globally, more than a million people die from malaria each year. In the case of children, this translates into a death every 30 seconds, according to the World Health Organisation. 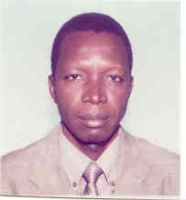 IRSS research director Jean-Bosco Ouedraogo and his colleagues report in the current issue of &#39Nutrition Journal&#39 that giving vitamin A and zinc supplements to children has been shown to reduce the incidence of malaria among them by a third. The journal is an online publication managed from London.

New ways of fighting malaria are critically needed. In recent years, the disease&#39s growing resistance to drugs and insecticides (malaria is transmitted by mosquitoes) has made malaria control much more challenging.

IPS: What were you trying to discover in this study?

Jean-Bosco Ouedraogo (JO): Malaria is the primary cause of death in Burkina Faso, and we were aware that both zinc and vitamin A supplements had each been effective individually in reducing malaria in Papua New Guinea. Vitamin A and zinc are crucial for normal immune function, and we wondered if the combination would act synergistically and reduce the risk of infection.

IPS: How did you conduct the study?

JO: We recruited 148 children aged from six to 72 months of age in the village of Sourkoudougou, about 25 kilometres from Bobo-Dioulasso (south-western Burkina Faso). Half of the children received daily zinc supplements and a single dose of vitamin A, and the other half received a placebo.

The children were then examined daily for a period of six months. If they had a fever, a blood sample was taken to see if the malaria parasite was present.

IPS: Were the children lacking zinc and vitamin A in their diets?

JO: Zinc deficiency probably exists in Burkina as it does in other African countries such as Ghana, but there have been no studies here. Zinc is required for vitamin A to be metabolised in the body. Both micronutrients are essential for immune systems to function normally.

IPS: What have you concluded from this study?

JO: Vitamin A and zinc should be an essential part of malaria control strategies. Improvements in anaemia also reduced the incidence of fever and other disease. While vitamin A supplementation (is being provided) with the expanded programmes of immunisation campaigns as recommended by UNICEF, these (the programmes) have not taken zinc supplementation into consideration – with the exception of diarrhoea treatment programmes. (UNICEF is the United Nations Children&#39s Fund.)

Our findings suggest that dual supplementation with vitamin A and zinc is effective against malaria, and that a longer supplementation period might lead us to observe more important beneficial effects.

IPS: Do you envision a programme that distributes zinc and vitamin A tablets?

JO: The more affordable and sustainable solution would be the incorporation of vitamin A and zinc in food fortification for children. It is important to find natural sources of these micronutrients and incorporate them into people&#39s diets. Changing food habits – such as switching from white maize to yellow maize, which contains more vitamin A – is a better approach than distributing tablets. We have a project underway to encourage the planting of yellow potatoes for the same reason. Carrots and mangos are also high in vitamin A and we are looking at fortifying cooking oil as well.

IPS: What about zinc?

JO: It is important to find natural sources of zinc. We have just received some new equipment that will allow us to measure the zinc content of various foods.

IPS: Are your findings applicable to other African countries?

JO: We have received funding from the International Atomic Energy Agency (IAEA) in Vienna to do a large regional study in the Cameroon, Ghana and Mali to confirm our findings from Burkina.

IPS: Why is the International Atomic Energy Agency funding you?

JO: The IAEA has a health and nutrition research division under its &#39Atoms for Peace&#39 mandate. Stable (non-radioactive) isotopes are used to make measurements. (Stable isotopes are commonly used in nutrition studies to gauge various levels of nutrients in blood.)

IPS: Do you think these micronutrients can effectively reduce the incidence of malaria in Africa?

JO: It is a very exciting possibility.

(In the original version of this interview, we incorrectly referred to "malarial control" – rather than "malaria control" – in the title, and in paragraphs four and 16.)