SANTIAGO, May 20 2008 (IPS) - “Chilean society does not want to forgive and forget; it wants justice” in human rights abuse cases, says historian and political scientist Claudio Fuentes, one of the authors of a new study that takes a look at how Chilean perceptions of the armed forces changed from 1991 to 2007. 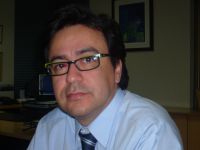 The other authors are sociologists Augusto Varas and Felipe Agüero.

In 1991, at the start of the transition to democracy from the 1973-1990 dictatorship of General Augusto Pinochet, FLACSO carried out a survey to evaluate the public image of the armed forces.

During the 17-year military regime, 3,000 people were killed and “disappeared” and 35,000 were tortured at the hands of the armed forces.

Three months after Pinochet died in December 2006, FLACSO repeated the survey, in order to analyse the changes in perception seen after 16 years of government by the centre-left Concertación de Partidos por la Democracia (the four-party Coalition for Democracy).

In the surveys, which were carried out in the capital, the proportion of people who believed another coup d’etat was unlikely or impossible had risen from 44 percent in 1991 to 70 percent in 2007.

When asked who was primarily responsible for the human rights abuses, 78.7 percent of the respondents in 2007 listed high-ranking armed forces and security officers. And among the specific institutions mentioned, 92.5 percent put the blame primarily on the army, followed by the Carabineros militarised police.

In an interview with IPS correspondent Daniela Estrada, Fuentes said that one of the study’s main conclusions was that “Chilean society does not want to forgive and forget; it wants justice.”

And although the survey did not include a specific question on Pinochet’s death, Fuentes said the results show that his passing away helped depoliticize the armed forces.

At the beginning of the transition, the armed forces were seen as having a low level of commitment to democracy, and were perceived as an obstacle to democracy, while their image was closely tied to the figure of Pinochet, said the political scientist.

“But today they are seen as more professional, and new elements have emerged as well. For example, problems in the armed forces are more likely to be blamed on ‘human error’ than in the past,” said Fuentes, who sees that phenomenon as connected to the May 2005 tragedy of Antuco in the Andes mountains in southern Chile, where 45 young, inexperienced conscripts died in a blizzard during an army training exercise.

The armed forces have made an effort to modernise, by incorporating women, for example, and by creating the “professional soldier programme”, Fuentes said.

Nevertheless, only 7.5 percent of those interviewed in 2007 said the armed forces had a “very high level” of commitment to democracy, compared to 46 percent who said they had a “very low level.”

In response, army chief Izurieta said at the book presentation that the military were “totally” committed to human rights and democracy, and added that “countries with solid institutions like Chile do not need their armed forces to declare their adhesion to the democratic system on a daily basis.”

Fuentes, who is director of FLACSO Chile and holds a doctorate in political science from the University of North Carolina, spoke of these and other issues with IPS.

IPS: How much have Chilean society’s perceptions of the armed forces changed over the last 18 years?

CLAUDIO FUENTES: Perceptions have changed in some aspects but not in others. First of all, the armed forces are well-respected in the area of defence. When we asked Chileans “do you believe that the armed forces should exist?” – both in 1991 and last year – they said “yes” (88.4 and 87 percent, respectively). The military’s discipline and professionalism are highly regarded, something that has tended to remain unchanged.

But I believe there has been a significant change in the area of human rights. There is a tendency to prefer the routes of justice and education or awareness-raising to resolve problems involving human rights abuses. In our view, that is explained by government policies related to this issue and to the cases brought before the courts.

Finally, we see an increase among Chileans in nationalist sentiments and perceptions of threats from Argentina and Peru. With respect to Argentina, that is explained by the restrictions on natural gas supplies from that country (in place since 2004), and regarding Peru, by the chilly relations (of the past few years).

IPS: What specific changes have there been in terms of human rights?

CF: In 1991, the proportion of respondents who thought that mechanisms for justice should be sought in the courts, even if that caused problems with the military, was lower than today (30.8 percent in 1991 compared to 44 percent in 2007).

In addition, the two main aspects mentioned when we asked people what should be done to prevent human rights violations in the future were justice and education.

And finally, there was a drop in the percentage of respondents who believe an amnesty (for human rights violators) is a solution, from six percent in 1991 to 3.9 percent in 2007.

To sum up, there is a greater perception that justice is the route for dealing with these questions.

IPS: What are the main factors that have contributed to changing the military’s image?

CF: In the first place, General Pinochet’s stepping down as army commander-in-chief in 1998, since the identification of the armed forces with his regime had a negative effect on public opinion.

In second place, I believe that after 1998, the armed forces made an effort to change their image. Peacekeeping operations, for instance, have formed part of that effort.

And lastly, we have government policies, such as the campaign for voluntary military service, which has had a large impact on the lower socioeconomic sectors, that today hold a better opinion of the armed forces than in the past.

IPS: Does the book analyse the gesture made by Pinochet’s second successor as army chief, Juan Emilio Cheyre, who apologised in the name of the army for the abuses committed during the dictatorship?

CF: There is no specific question focusing on that issue, but perhaps the biggest impact seen in the survey is the fact that in 1991 the army was considered the military institution that created the greatest problems for the (centre-left) governments, while in 2007 it was seen as the most cooperative branch of the armed forces.

IPS: What is your analysis of the rise in nationalism shown by the study?

CF: I believe that it presents a great public policy challenge. On one hand, we are an increasingly globalised and international society receiving a growing influx of immigrants, but on the other we have strong feelings of superiority.

For example, Chileans consider themselves to be more clever and more responsible, and to have better-trained armed forces, than Bolivian, Peruvian or Argentine societies. I think that is worrisome, because we have to generate a culture of tolerance towards foreigners in Chilean society.

IPS: But in addition, Chileans feel more threatened today, according to the book?

CF: Of course, it’s complicated when you feel both superior and threatened at the same time. But fortunately, a majority of Chileans prefer peaceful rather than confrontational solutions. Chilean public policy has done a great deal in terms of cooperation with Argentina and Bolivia, but society has to become more aware of that.