GAZA CITY, Jul 9 2008 (IPS) - Crowded into a tiny strip of territory of 360 square kilometres, plagued by poverty, malnutrition and unemployment, Gaza's 1.5 million people face a demographic time bomb as the fragile infrastructure struggles to cope with a soaring birth rate. 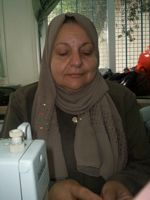 "We are looking at a political and socio-economic breakdown as financial deprivation and desperation, combined with political instability continue to rise in Gaza," Masshoor Basisy, director general of planning at the Palestinian Authority (PA) Ministry for Women's Affairs told IPS.

Basisy said a combination of cultural, social, political and historical factors was behind the continuing high birth rate despite the endemic poverty and lack of opportunity.

"What is needed is governmental intervention by the PA to reverse this crisis. But the PA doesn't have the courage to tackle this issue which is taboo here," he said.

Osama Abu Eta, spokesman for the UN Population Fund in Gaza, confirmed to IPS that there were no government birth control programmes in the Palestinian territories but only ones related to post and pre-natal health.

Gaza's per capita gross domestic product (GDP) stood at just over 5,000 dollars in 2006. This was before the sanctions and embargo took hold, further decimating an already weakened economy. Unemployment stands at around 50 percent, according to Oxfam, while 60 percent of the population lives below the poverty line, according to the UN.

International studies have proven a correlation between women's access to education, and employment opportunities, and a declining birth rate. Palestinian women, however, generally have higher rates of education than Arab women in the surrounding countries where birth rates have been slowly declining, partly due to government intervention.

Dr Samir Awad, a doctor of science from Birzeit University's law faculty on the West Bank says there are political considerations in the Palestinian territories. "In the cases of Gaza and the West Bank, large families are regarded as a form of Palestinian patriotism," he told IPS.

"Palestinian society has been brainwashed into having many children as a political and national duty. Not only for more fighters for the cause but to outnumber the Jews. If the PA tried to introduce birth control programmes, they would be attacked by both religious and political figures, not to mention earn the scorn of our society in general," said Basisy.

This has not been lost on the Israelis, who have tried to establish facts on the ground by ensuring a Jewish majority in Jerusalem and large Israeli settlement blocks in the West Bank as a bulwark against future claims by a nascent Palestinian state.

Israeli fears were outlined in 2002 when Israeli Haifa University professor Arnon Sofer caused a national furore by sending a letter to then Israeli prime minister Ariel Sharon, arguing that in light of the "Palestinian demographic threat" Israel needed to urgently withdraw from the Palestinian territories if it was to remain a "democratic Jewish state." The implication was that if Israel extended its domain, Jews could one day become a minority in Israel.

But cultural factors too, have encouraged Gazans to have many children. Gaza's United Nations Development Fund for Women (UNIFEM) programme coordinator, Hiba Zayan, who is involved in women's grassroots organisations, has been regularly chastised for not increasing her family of two daughters or trying for sons.

Dr Abdel R. Omran, who teaches at the University of Maryland and George Washington University, states in his booklet, 'The Middle East Population Puzzle', that "Middle Eastern culture, religion and politics tend to encourage large families."

"But despair, coupled with no resolution to the Israeli-Palestinian conflict has also led many Gazans, and the women in particular, to a state of apathy in regard to birth control," says Zayan.

"I've asked some women, with unemployed husbands, who have eight children but are pregnant yet again, why they keep having more children. They just shrug their shoulders and ask, 'What does it matter, we have no future', or tell me, 'God will provide'."

The current conflict has also disempowered women from asserting themselves in regard to their reproductive rights as they are low down in the pecking order in a society that is being torn apart at the seams, said Zayan.

Kartin and Schnell concur that a political resolution is a necessity, and only the existence of a Palestinian state enjoying financial stability and political legitimacy from its constituents, with an effective leadership, can bring about change in regard to birth control.

But as Gaza's Hamas leadership struggles with existential issues such as shortages of food, fuel, water and medicine, it is unlikely that a feminist agenda or the rights of women will figure in the conservative Islamic leadership's list of priorities in the near future.