MIDEAST: So Easy for Israelis to Shoot to Kill 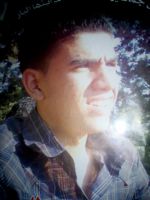 But the circumstances in which the young men were shot, whether they actually did throw or attempt to throw firebombs, and if they actually threatened the lives of any soldiers or settlers, has been questioned.

IPS visited the area where two of the killings took place in the Palestinian refugee camp Jelazon, north of Ramallah. The families of the deceased gave a completely different version of events to that of the IDF, and accused the Israelis of premeditated murder.

Following media enquiries an IDF spokesman said Israeli soldiers had laid an ambush in response to a spate of stone and Molotov throwing incidents which had targeted Israeli settler vehicles in the last few weeks.

The spokesman added that the soldiers “assumed that the deceased were in the process of preparing Molotovs when they were shot.”

Aziz Yousef, 21, from the village Kufr Malik near Ramallah was shot dead on Thursday. On Wednesday, Jelazon resident Muhammad Ramahi, 21, died from wounds sustained in a clash with Israeli troops at the refugee camp.

Wednesday’s clash between protesting Palestinians and Israeli soldiers took place after the funeral of another Jelazon resident Abdel Qader al-Zaid, 17, who was killed by soldiers the previous day.

From the Ramahi double-storey home the road which divides Jelazon camp from the Israeli settlement Bet El approximately 400 metres away was in clear view. Only Palestinian motorists use this road. A separate road for the exclusive use of Israeli settlers lies on the other side of Bet El.

The settlement is situated on the top of a steep hill. Most Israeli settlements, for security reasons, are built on high-lying areas which look down on Palestinian villages and towns in the valleys below.

Surrounding Bet El settlement is a 12-metre high razor-wire topped electrified fence. Most of the settlement houses are positioned well away from the fence, which also has high-beam street lamps at regular intervals.

Guarding the settlement is a 15-metre high Israeli military guard tower from which snipers armed with automatic weapons and a searchlight observe the camp and valley below from a bullet-proof glass window. An Israeli tank is parked next to the observation post.

Palestinians are forbidden by law from approaching the 400 metres of land-mined territory that separates the camp from the settlement. Any who do so are shot.

Ayman Ramahi, uncle of Muhammad and the head teacher at the UN-run Jelazon Boys High School said his nephew was due to get married shortly.

“He was excited about his new life with his bride after his family had agreed to borrow money from the bank to finance the wedding,” Ramahi told IPS. “He was not involved in politics at all and was non-violent by nature. He was merely trying to shepherd the smaller boys away from Israeli soldiers. The boys had started to stone the soldiers after they entered the camp to break up the protest.

“This is always how the confrontations start. It seems to me the soldiers deliberately come here to initiate clashes.”

Muhammad died several hours later in a Ramallah hospital after his liver, kidney and main aorta were decimated by a bullet.

Ikhtikhaar, 36, mother of Abdul Kader al-Zaid, said her son had taken a two-hour break from studying for his high school certificate to buy bread for the family and to practise some Dabke, traditional Arabic dancing, with friends.

“He was a keen sportsman who had his whole life ahead of him, and planned to study electrical engineering at university,” she told IPS.

“He was shot dead on the outskirts of the camp. His body was then dragged 200m away from the camp and towards the settlement by the settlers,” said brother Iyad who witnessed the event.

“The soldiers prevented, at gunpoint, family members and an ambulance from reaching my brother. His body lay there for four hours surrounded by the soldiers before it was eventually returned to the family,” said Iyad.

Manaf Abbas, a field worker with the Palestinian human rights organisation Al-Haq, who investigated the shootings, said “it would have been enormously difficult for the youngsters to traverse 400 metres through mined territory unnoticed. The soldiers have binoculars and a telescope and the area is incredibly well lit.

“And to throw a firebomb from hundreds of metres away, uphill over a high fence and score a direct hit on either a settlement house or a soldier in the turret, is impossible.”

Family and friends who witnessed the events insisted that the youths were killed on the outskirts of the camp, and nowhere near the settlement.

The Israeli rights organisation B’Tselem had reported in its 2002 report ‘Open-Fire Regulations in the Occupied Territories: Trigger Happy’, that the IDF had changed its shoot to kill policy significantly following the outbreak of the second Palestinian al-Aqsa Intifadah, or uprising, in 2000.

Prior to that soldiers were only allowed to fire live ammunition when human life was in jeopardy, or if a dangerous suspect tried to escape; and then only as a last resort.

Following the uprising, which the IDF described as an “armed conflict short of war”, ordinary policing acts such as dispersing demonstrations and making arrests were then expanded to fit the term “life-threatening”.

“The new regulations allow, inter alia, firing at the legs of stone throwers, and sniper fire from ambush. In some areas, the procedure for apprehending suspects is nullified, and soldiers are allowed to fire without warning at Palestinian suspects,” said the group.

An IDF spokesman, however, said the Israeli military would continue to “beef-up its undercover presence” in order to thwart further stone-throwing incidents.