IRAQ: Elections Could be a Telling Signpost

BAGHDAD, Jan 31 2009 (IPS) - After strong polling for the provincial elections Saturday, Iraqis are looking out for new signposts of political recovery from the U.S.-led invasion and occupation. 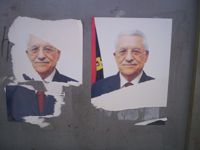 Polling picked up after a slow start Saturday in the 14 provinces of Iraq that are voting after the 2005 poll.

The four provinces that did not vote are in the Kurdish controlled north. Polls were not ordered here mostly due to the controversy over control of the oil- rich Kirkuk region. Kirkuk, along with Dahuk, Arbil and Sulaymaniyah will hold elections later.

The provincial elections were earlier scheduled for Oct. 1 last year, but were delayed due to disagreements over electoral procedures for Kirkuk, which is hotly contested between Sunni Arabs, Kurds, and Turkomens.

Both provincial and legislative elections were last held Jan. 30, 2005. The focus in that election was on election to the 275-member Iraqi National Assembly. The next national assembly elections are scheduled late 2009 or early 2010.

Most Sunni Muslims boycotted the 2005 election in the face of persecution and violence at the hands of the U.S. forces and Shia militias. Sunnis currently have a disproportionately small representation on provincial councils also because of the 2005 boycott.

The provincial councils have powers to make laws and allocate funds for finance and reconstruction projects within the province. Provincial governors can also appoint and dismiss provincial police chiefs and senior security officials in the governorate.

The last provincial elections in 2005 led to increasing power struggles, sectarianism, and greater fragmentation of the country. This time there is some hope they will bring stability.

A total of 502 political parties registered for the election this time, fielding 14,431 candidates, including 3,912 women, contesting for 440 seats. Most parties have come up after the 2005 elections.

Partly as a result of the Sunni boycott, the political leadership in the National Assembly and in the provincial councils has so far been mostly Shia. But Sunni participation in the 2005 election, around 2 percent, is being estimated by some to be as high as 60 percent this time.

Two parties supported by the majority Shia Muslim community won a majority of seats between them in 2005. Parties representing the Kurdish community were also strongly represented.

Within Sunni groups, differences have arisen between the Iraqi Islamic Party (IIP), an Islamist party that holds council seats already because they participated in the 2005 vote, and the pro-U.S. Awakening Councils, some of which have threatened to use “any means necessary” to fight the IIP if they take the elections by fraud.

In the Shia areas, particularly in southern Iraq where they are the clear majority, there is expected to be even more volatility, with rival Shia political groups contesting for power.

Fierce competition surfaced also between the government Islamist parties and the opposition Sadrist movement, which considers itself non-sectarian. Many analysts believe the Sadrists will win a majority of seats across southern Iraq and parts of Baghdad.

Many are expecting a backlash against the incumbent religious parties in favour of more secular parties.

About two million internally displaced Iraqis were given a choice between voting in their original areas or where they now live. Another two million who have fled Iraq could not vote.

Women were originally guaranteed at least 25 percent of the seats in elected councils under earlier drafts of the election law. But the Electoral Commission interpreted the law to declare that this is not guaranteed.

Security was tight, and violence successfully kept to a minimum. A curfew was in place from 10 pm Friday until 5 am to block all vehicular traffic in the main cities. Iraq’s borders with Syria and Iran were closed.