Q&A: "We Need to Let the World Social Forum Evolve"

SANTIAGO, Jan 19 2009 (IPS) - At the World Social Forum "we have tried new formulas," like holding meetings in different regions, but "we cannot repeat the same things every year," said French activist Henri Rouillé d'Orfeuil, who believes the responses generated by the upcoming edition of the global meeting should effectively address the current global crisis. 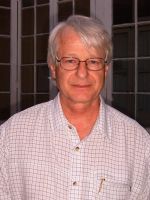 During a visit to the Chilean capital to present his book "Non-Governmental Diplomacy; Can NGOS Change the World?", Rouillé d'Orfeuil spoke with IPS about the current challenges facing civil society organisations.

Until recently, Rouillé d'Orfeuil, an agricultural engineer with a doctorate in economics, was president of Coordination Sud, a coalition of 130 French international aid and development NGOs. Today he is dedicated to academia.

In "Non-Governmental Diplomacy", which has now been translated into Spanish, the activist runs over the big international debates held in recent years on issues like human rights, the environment, and the fight against discrimination, and how, in his view, civil society organisations have positively influenced them.

He also analyses the hurdles and costs that NGOs have had to face in the process, like intimidation, discrediting and the treatment of activists and groups as criminals.

Since the book first came out in March 2006, many things have happened, including a major global economic meltdown. But the author says his thinking has not changed.

"I continue to follow the same reasoning, because NGOs have always called for a ‘refounding’ of the institutions, transparency in the economy, regulations of the market based on solidarity and cooperation, and above all, a more equitable way of sharing and distributing the planet’s benefits and wealth," Rouillé d'Orfeuil said in this interview with IPS.

Although the activist clarified that he is not familiar with the situation in all countries, he said he believes the tough economic situation will not have a negative impact on financing for NGOs.

"In France, in particular, people are still donating, there has been no decline, especially at Christmas time, and the government’s funding has also been maintained. Let’s wait and see what happens," he said.

IPS: From your perspective, what role should NGOs play at this time of global economic crisis? HENRI ROUILLÉ D' ORFEUIL: NGOs should generate mutual agreements and build positions with their own governments at the national level and with other bodies at the international level, which could help them carry out, plan and bring about concrete actions more easily. That is what will give them strength.

The methods are always the same: public opinion campaigns, requests to the national government, etc.

IPS: Have NGOs been active in this sense? HRO: I think so. I recently attended a conference on development, where a government decided to support, in the framework of the United Nations, the movement proposed by the NGOs.

This could be interpreted as a highly positive factor, because NGOs carry out very precise actions and are exercising pressure.

But something that is much more important for the compelling action of NGOs is the fact that (as a result of the economic crisis) capitalism has generated great doubts in society about the current system, which has helped create a context in which new ways of thinking are more easily accepted by people.

IPS: In your view, how important today is the World Social Forum (WSF), whose next edition will be held Jan. 26-Feb. 1 in the northern Brazilian city of Belem? Does it play any role today in the world of diplomacy? HRO: I see it as a physical meeting place where we can discuss our programmes and alliances, and where the different movements and NGOs network and coordinate and build synergies. I could mention Feb. 15, 2003, when 20 million people (around the world) mobilised against the war in Iraq, in protests organised on the basis of the WSF.

IPS: But over the years, has the WSF grown stronger or weaker? What prospects do you foresee for it? HRO: I don’t know what the future will hold. I have taken part in every edition of the WSF. For us it was a big novelty to meet (for the first time) in 2001. We have tried new formulas, we have tried holding meetings in different regions. But I think we need to let the Forum evolve. We can’t repeat the same things every year.

However, the present crisis allows us to generate, in this year’s edition, new structures for the different movements to respond to the problems, with responses that – I stress – should not be radical but should effectively respond to the current situation.

IPS: In this context, are there issues that should be priorities for NGOs? HRO: NGOs are diverse, each group has its own specific needs, its issues – like anti-personnel land-mines, for instance; there are no common agreements. But there are issues that NGOs could work together on, like (fighting) free trade agreements or the regulation of the market, which are major challenges that we are facing today.

At this time, I would highlight two issues: regulation of the market and protection of the environment, which are two fundamental questions in the activities of NGOs.

IPS: You have quite a positive opinion with respect to the power and influence of NGOs in the world. What is needed to give them an even greater impact? HRO: It is a problem of organisation, or of positioning ourselves with regard to what is happening on the ground, and to how we work with communities, with small farmers, with our beneficiaries in general.