UNITED NATIONS, Feb 2 2009 (IPS) - Despite widespread accusations of war crimes by Israel, there is growing scepticism of any Israeli leader being brought before an international tribunal for the killings of civilians and the targeting of schools and medical facilities during the 22-day conflict in Gaza last month. 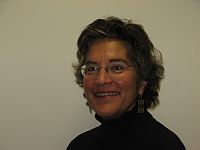 "The number and scope of individuals and agencies calling for independent, international investigations of war crimes is unprecedented," says Phyllis Bennis, director of the New Internationalism Project at the Institute for Policy Studies in Washington.

In an interview with U.N. Bureau Chief Thalif Deen, she pointed out that calls for such an investigation have come not only from high-ranking U.N. officials and the International Committee of the Red Cross (ICRC) but also from virtually every international human rights organisation operating in the area.

"Individual accountability for war crimes or crimes against humanity is always difficult, and for officials (civilian or military) of a government with such close ties to and such a strong history of impunity guarantees from the most powerful country in the world, it is even more difficult," said Bennis, author of several publications both on the Middle East and the United Nations, including 'Challenging Empire: How People, Governments and the U.N. Defy the U.S.'.

That said, the extreme lawlessness of Israel's attack on Gaza, the shocking human devastation that it caused for Gaza's 1.5 million civilians, the direct attacks on U.N. facilities and personnel, and the wide range of prima facie Israeli violations of international law all elevate the possibility of real accountability, she added.

IPS: What are the specific war crimes Israel is accused of committing? PB: The Geneva Convention's prohibitions against collective punishment, targeting civilians, and disproportionate military force were all violated, as was Geneva's requirement that Israel provide medical care for the wounded. The use of sometimes-legal white phosphorous and DIME weapons was made illegal under the Convention on Certain Conventional Weapons by Israel's decision to use them in densely-populated civilian neighbourhoods. Israel's (and Egypt's) denial of the Palestinian civilians' right to flee to find refuge over Gaza's borders may represent a newly-defined war crime.

IPS: How serious are these charges in terms of warranting prosecution? PB: Israel has been accused of virtually identical war crimes in the past. It should be viewed as a serial offender, which in a criminal justice context means Israel and its officials should not be given the benefit of the doubt regarding benign intent, and perhaps should face being denied access to the instruments of those offences, meaning an arms embargo.

The General Assembly could also request that the International Court of Justice (ICJ) issue an advisory opinion on what actions should be taken against a government, or individuals, who are such serial offenders against war crimes statutes.

IPS: What are the alternatives to a war crimes tribunal specifically to try Israel? PB: There are today far more choices for venue and jurisdiction for imposing legal accountability for war crimes. Despite the limited jurisdiction of the International Criminal Court, for instance, (since Israel is not a signatory and an inevitable U.S. veto makes a Security Council referral to the ICC prosecutor virtually impossible), there is the possibility of challenging the ICC to take jurisdiction based on the rights of Palestinians in Gaza who live under a belligerent occupation and therefore should still have access to the Court.

The General Assembly could empanel its own investigative tribunal (under Article 22 of the Charter) to convene legal, military and human rights experts to investigate the entire range of war crimes allegations made (against both sides) during the Gaza war.

IPS: Is there any action individual governments can take against Israeli leaders visiting their capitals? PB: And, perhaps most realistic, individual governments acting under the Pinochet precedent, that brought former Chilean dictator Augusto Pinochet into the dock in Britain, could issue warrants against Israeli officials responsible for war crimes or crimes against humanity. In fact, in recent days a Spanish judge issued a warrant against several Israeli military officers for war crimes allegedly committed in Gaza in 2002.

In that situation, whether or not the charges result in an actual trial, the existence of the warrant has a huge impact on the freedom of those officials to travel to the country issuing the warrant, or perhaps to other countries who are members of Interpol or other international covenants.

IPS: The destruction of Gaza and the killings of over 1,300 Palestinians, mostly civilians, took place for more than three weeks while the United Nations remained helpless. Was there anything that the Security Council, the General Assembly or the secretary-general could have done otherwise to stop the carnage? PB: The United Nations was not able to stop the Israeli assault, but it would be a mistake to say it did nothing. For days the U.S. prevented the Security Council from responding at all. When the Council finally passed a resolution, its goal was not to stop the Israeli onslaught but only to undermine the potential for a much stronger General Assembly resolution; the Assembly meeting was already scheduled to meet just minutes after the suddenly-announced Council meeting.

The Council resolution was both too late and too weak, and did little to actually rein in the slaughter. But it was important for forcing the U.S. administration (of President George W. Bush), in the last days of its hold on power, to reverse its earlier position (identical to Secretary of State Condoleezza Rice's 2006 'We don't need a ceasefire yet' claim').

The General Assembly, despite extraordinary efforts by President Miguel d'Escoto Brockmann, and a number of Non-Aligned countries, was ultimately unable to unite around a strong, clear demand for an immediate unconditional ceasefire and immediate end to the Israeli siege.

Sadly, as is evident in the public U.N. summaries of the final General Assembly meeting of Jan. 15, the Palestinian and Egyptian delegations aligned themselves with some European governments to replace the stronger Non-Aligned demands with the weaker position identical to the language of the Security Council resolution.

A stronger General Assembly resolution would have set the stage for follow-up enforceable resolutions, possibly including mechanisms for holding Israeli officials accountable, an arms embargo, or even deploying a ceasefire-enforcement or protection force, perhaps based on the Assembly's own embrace of the doctrine known as the responsibility to protect.

IPS: Do you expect any significant developments towards a Middle East peace settlement under the new administration of President Barack Obama? And will the United Nations have any role in such a peace process? PB: So far President Obama's language has been far too close to that of the Bush policies: refusal to talk to Hamas, insisting on the position of the so-called (Middle East) Quartet as binding, focusing on Israeli security as the only issue, distorting the meaning of the 2002 Arab peace initiative by leaving out the need for full Israeli withdrawal to the 1967 borders as a precondition for normalisation with Israel, etc.

However, his actions still provide some room for hope. The appointment of former Senator George Mitchell, rather than Dennis Ross, Richard Haass, Martin Indyk or others of the usual suspects, who share an uncritical embrace of Israel's settlement and apartheid policies, is hugely important.

Mitchell has written as recently as summer 2007 of the importance of having all players at the table, not excluding any whether or not they are deemed terrorists by some. And crucially, he described how no negotiator can demand that people give up their dreams. That bodes well for a new kind of political engagement. It's too soon to tell but so far the actions have been better than the words. That's a big change.