BERLIN, Mar 11 2009 (IPS) - Criticism against international development aid has been growing for several months, moving from down-right disapproval, shared by leftist and rightist commentators, experts and politicians in industrialised and poor countries, to partial reproaches for the fragmentation and lack of coherence in aid. 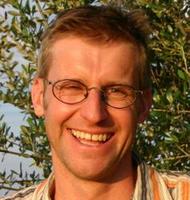 According to the DAC, the international development aid that ‘‘that comes in too many small slices from too many donors… (creates) high transaction costs and… (makes) it difficult for partner countries to effectively manage their own development’’.

The former critique is epitomised by that of the Zambian economist and former New York-based investment banker Dambisa Moyo and Canadian professor of economics Elizabeth M. Caucutt who claim that development assistance is responsible for underdevelopment.

Moyo, author of the book ‘‘Dead Aid’’, has said in an interview that ‘‘it’s largely aid that has held Africa back. (With aid) you get the corruption — historically, leaders have stolen the money without penalty — and you get the dependency, which kills entrepreneurship.

‘‘(Aid) also disenfranchise African citizens, because the government is beholden to foreign donors and not accountable to its people,’’ she added.

Caucutt has put her criticism of development aid for Africa in more academic words. In a recent paper for the B.E. Journal of Macroeconomics, she claimed that models analysing the impact of development aid on Africa leads to the conclusion that ‘‘the case for foreign aid … is weak’’.

For Klaus Schilder, an expert in development policy at the German bureau of the humanitarian organisation Terre des Hommes, both criticisms are, in their generalisations, debatable. Terre de Hommes supports disadvantaged children.

In an interview with IPS, Schilder said that development aid for Africa must be embedded in a ‘‘world structural policy, which includes a fair trade policy, good governance, the building of democratic institutions and long term investments that really support local added value and sustainable development in Africa’’.

IPS: In recent months development aid has come under considerable criticism, both because of its fragmentation and lack of coherence, and because it allegedly reinforces the economic dependency it is supposed to eliminate. Klaus Schilder: Of course, both criticisms are partially right. Of course, good governance and the building of good institutions in the developing countries and transparency and coherence in international aid are badly needed. But the criticisms cannot be accepted in their generalisation, because the problem is highly complex.

Take the question of fragmentation, which is a key problem in development aid: The German government, for instance, has been trying to reduce the atomisation of its development programmes. To that end, it is withdrawing its aid from certain sectors and certain countries, which are supposed to be covered by other donors.

For this reason, it withdrew its support for the reform of the health sector in Indonesia, which is a priority for the local government. The result is that now Indonesia is suffering from a lack of resources, as no other donor took the place of Germany.

That's why civil society organisations in Germany demand that these decisions be taken in coordination with the recipient countries and not unilaterally.

One reason for such lack of coordination of aid is that there are a handful of developing countries, especially in Africa, which are the darlings of donors, while numerous other countries, sadly the poorest, can be considered aid orphans.

Everybody wants to be a donor to Tanzania, Ghana, and Mozambique. But very few want to aid Angola, Sierra Leone or Liberia.

The truth is, it is very difficult to coordinate and unify development policies of 30 countries. Germany has been trying to do it at the national level, and yet there is still a competition of contradictory interests between ministries, federal offices and the like, which obviously reduces efficiency.

IPS: On the other hand, it is a fact that 40 years of development aid to Africa have produced very few, if any, positive results. KS: This is a fallacious statement because it suggests that it is possible to launch a process of structural economic change in Africa without foreign aid. The reasons for African underdevelopment are multiple: corruption, the lack of transparency in foreign investments, capital flight, tax evasion, global trade policies…

IPS: All of these obstacles you mention have been encouraged, one way or another, by industrialised countries. KS: That's true. That's why we at civil society organisations call for transparency in investments, for the sealing off of tax havens – especially in Europe or in European jurisdictions to reduce the chances of capital and tax evasion from developing countries and to prevent corruption.

That's why we demand that private corporations declare what they are really paying in their investments in developing countries, again to prevent corruption.

That's why we support the Extractive Industries Transparency Initiative, which is fundamental for resource-rich African countries and which sets a global standard for companies to publish what they pay and for governments in developing countries to disclose what they receive.

This initiative aims to strengthen governance in developing countries by improving transparency and accountability in their extractives sector.

IPS: Tax havens are a problem for developing countries. Most are based in or serve the industrialised world… KS: Yes, in Switzerland, in Lichtenstein, in Monaco, in the British Channel Islands, but also in Delaware, the state that new U.S. vice president Joseph Biden represented as senator.

The sealing off of tax havens is of uppermost importance because it would hinder capital flight and tax evasions. Capital flight from developing countries alone is massive. It represents 10 times the official development aid from OECD countries – that is, at least one billion U.S. dollars yearly.

IPS: But the debate on how to control tax havens is 20 years old. Until very recently, industrialised countries, especially the U.S. and Britain but also to a lesser extent France for its particular relations with Monaco, opposed establishing tougher rules on tax havens. KS: The present global financial crisis offers a window of opportunity to deal with this issue. Given the role the tax havens have played in the trade of toxic financial derivates, the governments in London, in Washington, in Paris, are more willing to establish a new set of rules for capital flows.

At least in Europe, an automatic information exchange on capital flows should be feasible, to reduce tax evasion and capital flight.

What the European Union and the U.S. so far have promoted in the debates on new rules for international trade, be it at the Doha Round or during the negotiations for the economic partnership agreements (EPAs), is a further market opening in the countries of the South, especially in Africa.

This market opening would lead to a further weakening of these countries, not only in the trade of goods, but also on questions of intellectual property rights and in the ownership of public services.

The industrialised world must finally come to accept the validity of the old paradigm that a certain form of protectionism helps to nurture infant industries and other local productive sectors, and therefore is useful for developing countries.

An all-out market opening to international trade is negative for developing countries because their producers are simply not competitive.

IPS: What about the claim that aid provokes dependency? KS: Aid must be used to support the creation of sustainable institutions, to support a higher local added value in the production of goods. It must be used to create another fiscal structure in developing countries.

It must be associated with another international trade regime, and with a new policy of investment and capital controls – away from portfolio, short term investments, which can be withdrawn easily, towards long-term, sustainable investments. That way, dependency can be broken.

IPS: A final question: The global financial crisis is straining state budgets in industrialised countries, where the state is forced to act as saviour of last resort for giant banks on the brink of bankruptcy and to launch huge stimulus packages to fire up domestic demand and stabilise the economy. In this very phase, the credit crunch is affecting developing countries, especially Africa. Under these circumstances, when public debt in industrialised countries is skyrocketing, is it justified to demand an increase in development aid to counter the credit crunch for African countries?

KS: Development aid is more urgent than ever. Without foreign aid developing countries, especially in Africa, are going to suffer the most from the crisis and its credit crunch.

You have to consider the proportions – total international development aid represents a negligible percentage of the huge rescue packages for banks, which carry the main responsibility for the mess we are in.

Without aid, developing countries cannot face the crisis. But it must be an aid without the traditional macroeconomic conditionality attached to adjustment programmes. Aid must be used counter-cyclically, to offset the effects of the global crisis and to launch global structural reform that takes us away from the present system that has provoked underdevelopment.