HAVANA, Mar 27 2009 (IPS) - United Nations resident coordinator in Cuba Susan McDade is the first woman to hold that post, and considers herself fortunate to have been assigned the position in a country where women’s rights are enshrined in the constitution, even if it does have a "machista" reputation. 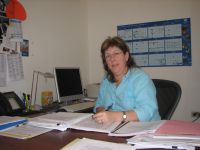 Since February 2006, she has been one of the nine women who today hold the highest-level U.N. and United Nations Development Programme (UNDP) posts in Latin America and the Caribbean, where these positions were invariably occupied by men until recently.

"As an international organisation, the U.N. has been promoting greater gender balance at all levels, but actually there are fewer women in high-up posts. Latin America was one of the regions with the biggest imbalances in that sense, although the situation has started to change," McDade, who is from Canada, said in this interview with IPS.

She added that UNDP regional director Rebeca Grynspan, a former vice president of Costa Rica, has played a decisive role in bringing about that change, by giving a strong boost to the promotion of women up to the level of resident coordinators in the countries of Latin America.

IPS: How have things gone for you in these three years working in a country with a "machista" reputation? SUSAN MCDADE: Personally, I think I was very fortunate to be posted to a country where the rights of women are guaranteed in the constitution, but that does not mean that there haven’t been times when I was sidelined because I’m a woman.

IPS: Could you give me an example? SM: In negotiating or making tough decisions – when a man does it, he’s seen as a strong negotiator, but when a woman does it she is seen as difficult or as a witch.

But I would say that the challenge in Cuba is not being a woman, but being younger than the people who answer to you. That also happened to me in China, where I held a senior position.

Besides, I have young children, and it has been hard for me to achieve the right balance between family commitments and my work life. But that happens in any country.

IPS: What challenges and obstacles does the third Millennium Development Goal (MDG), referring to gender equality and the empowerment of women, face in Cuba? SM: Women’s participation in the formal sector is very high. There are even university departments where women students far outnumber men. But, like in other countries, that is not the case in management positions or high-level posts, where women are underrepresented.

In the area of politics, the proportion of women in the National Assembly (parliament) is among the highest in the world.

However, there is no balance or equality in unremunerated activities. Women form part of the labour force and they also have to take responsibility for the house and the kids. Men don’t participate in these tasks to an equal extent.

IPS: So what is the challenge? SM: One of the challenges for Cuban women is the lack of adequate availability of services that enable them to completely insert themselves into the workplace. And a growing phenomenon in this country is that women not only have to raise the kids, but they have to care for the elderly at home.

IPS: Does the U.N. system have any project related to gender violence? SM: That’s an area we are working on with the authorities, but we haven’t sought great visibility for it. The important thing is to know that Cuba is neither more nor less vulnerable on that issue than the rest of the countries of Latin America. It’s a phenomenon that exists in the Caribbean and Central America, and which is very difficult to tackle, regardless of where you are.

IPS: Why is it a difficult problem; what are the biggest difficulties in tackling it? SM: One of the biggest difficulties is understanding the magnitude and nature of the phenomenon. In second place, the specific ways to approach and deal with it. And in third place, how to finance the services needed by battered women, children or men and how to raise public awareness on risks and rights with respect to this issue.

In the case of Cuba, there is no domestic abuse hot-line, or shelters for people who are beaten.

IPS: Have the serious damages caused by the (three major) hurricanes that hit Cuba last year had an impact on progress towards the MDGs? SM: One of the MDGs is ensuring environmental sustainability, and Cuba is still working on that. The hurricanes caused damages in forests and in the management of river basins.

With regard to the first MDG (eradicating extreme poverty and hunger), we have no evidence that hunger has increased, although the agricultural system had difficulties that it is still facing to some extent.

The distribution of land for farmers to work, the opening of stores selling tools and other farm supplies, and the discussion of the possibility of making credit available to farmers open up important possibilities for bolstering food security.

It is still early to know what the results will be, but I believe these are areas where the impact of the hurricanes made it necessary to face up to challenges that already existed.

IPS: Did the disasters push many families into poverty? SM: The problem here is how to measure poverty. If you take an indicator based solely on income, well, farmers who lost their crops definitely saw their incomes shrink.

But the U.N. and the UNDP in particular have argued for years that poverty cannot only be measured on the basis of incomes, because it is much more complex than that, and has to do with opportunities for access to education and public health services, among other things.

There is no evidence that the hurricanes have structurally reduced access to the health and education systems. Nor that children under five have been affected in terms of weight or that life expectancy has gone down.

The hurricanes had a tremendous impact, but structurally they did not modify living standards in Cuba in terms of long-term measurements.

IPS: How would you evaluate the impact of this kind of disaster on women? SM: At a regional level, we know that normally female-headed households with minor children are more vulnerable to the impact of these disasters. It also takes them much longer to rebuild their homes, because there is no adult male member of the family who could contribute his labour power.

In the shelters to which women and children are evacuated, cases of violence against them are frequent. Unfortunately, there are times when they are more vulnerable to being victimised.

IPS: And in the specific case of Cuba? SM: A good, in fact excellent, aspect that I want to stress in the case of Cuba is that unlike in other countries, thanks to the system of disaster prevention and preparedness, there were no cases of women giving birth in precarious conditions, because pregnant women are evacuated early to health centres.

There were discomforts and human suffering, but we have no evidence that women are more vulnerable than men in terms of risks to their lives.

What we do know is that women can be more vulnerable to sexually transmitted diseases in the post-hurricane phase, because they are out of their element, and access to condoms is more difficult, and conditions of hygiene are more precarious.

In the evacuation shelters, there are sometimes shortages of things that menstruating or nursing women need. These are pending challenges here and everywhere, and we are working with the authorities to ensure better conditions in that area.