GENEVA, Apr 24 2009 (IPS) - Trade affects women and men differently. Women’s livelihoods, in particular, can be undermined by trade liberalisation. Despite this fact, gender analysis is usually absent from trade negotiations and agreements. 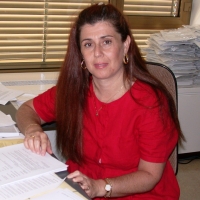 Trade influences the labour market, migration flows, small and medium enterprises and the agricultural sector. Changes in these sectors are more likely to have negative impacts on women than on men. But trade policies and agreements are gender-blind and ‘‘neutral”.

Decisions-makers are not trained to take gender into consideration. At a meeting organised last month by the United Nations Conference on Trade and Development (UNCTAD), experts argued about whether this should change.

But gender should not be an additional criterion for market access as developing countries, particularly in Africa, would have difficulty meeting new conditions, argues Simonetta Zarrilli, the UNCTAD officer who coordinated the expert meeting, in an interview with Annelise Sander.

IPS: Does trade liberalisation improve or worsen the lives of women? Simonetta Zarrilli (SZ): The results are not just one way. There are cases where trade has improved the conditions of women, especially by creating new employment opportunities in the formal and informal sector. In other cases, trade liberalisation has had a negative impact by destroying the sectors where women work.

IPS: How does trade affect particularly African women? SZ: Generally speaking, trade liberalisation creates new jobs but to be able to benefit from them, individuals have to adapt and acquire new skills. For women this is particularly difficult because they are less skilled, less mobile and have many more tasks in the household. Usually women get the worst jobs because of the mismatch between their skills and the market’s requirements.

Trade liberalisation also increases migration. Around 50 percent of international migrants are women. But in the host countries they end up doing jobs for which they are overqualified because they face a double disadvantage as women and migrants. Despite this, they earn money and send it home, usually to other women who are empowered by these remittances.

Women migrants tend to send a higher share of their income home, and more regularly, than male migrants.

Trade also affects agriculture because trade liberalisation is good for cash crops, such as coffee and cacao. The problem is that these crops are usually harvested by men, whereas women work in subsistence agriculture. The liberalisation of agricultural markets is not beneficial for women.

And the shift from traditional to cash crops can even generate problems for food security, which particularly affects women as they are (still) responsible for the household. Trade liberalisation creates dynamism in the part of the agricultural sector where women are not present.

Finally, trade liberalisation has an impact on small and medium enterprises (SMEs). In Africa, like in other developing regions, women run 40 – 50 percent of SMEs. International trade creates opportunities for small enterprises, provided they become more competitive in a liberalised market.

But to do so, they need better technology and an upgrading of skills. The problem is that women have difficulty to find time to get trained and to improve their skills. They often lack information about markets and knowledge about new technologies.

Tradition and strict rules governing their behaviour also often make it difficult for them to travel out of their towns and villages. (Which means that) women just often don’t have the skills that the market requires.

IPS: How can trade policies take on board African women? SZ: What kind of trade policies? When trade policies are developed and trade agreements negotiated, the gender component is almost always absent. Trade negotiators don’t think of the impacts on the very poor, on women, on youth. The idea is (merely) that trade is good for economic growth.

Trade policies are usually gender blind, both in the World Trade Organisation (WTO) and in bilateral and regional agreements.

IPS: Why ? SZ: Because policy makers are not trained to look into this aspect. Also, assessing the impact of trade on women is complex. You need data, you have to know in which sector women are employed. It requires an analytical capacity that most of the developing countries don’t have because of limited financial and human resources.

IPS: At the UNCTAD meeting in March, what was the picture that emerged of gender mainstreaming in trade policy, specifically in the African context? SZ: There is very little gender mainstreaming, even in developed countries. Many countries are paying lip service. They say that women should be empowered but it remains merely a statement of intent that is difficult to incorporate into programmes and actions.

Trade and cooperation agreements refer more and more to gender. But usually these references are in the sections of the agreement that are not mandatory, like the preamble. Or the agreement says that countries should try to pay attention to the gender component along with other environmental and social constraints.

However, gender-related requirements should not become a new precondition for market access. It is one thing is to help empower women and another to start imposing very strict requirements and introducing new conditionalities that countries would not be able to cope with. It would be counter-productive and become yet another impediment.