LONDON, May 28 2009 (IPS) - The underside of the global economic recession is a worldwide repression of rights, Amnesty International secretary-general Irene Khan warned Thursday at the launch of the human rights group’s 2009 report. 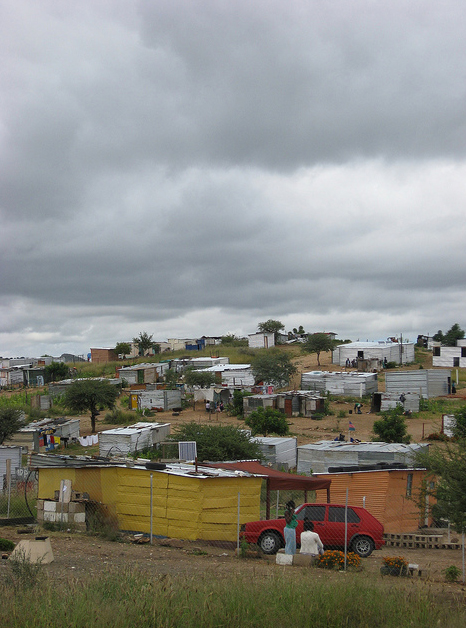 “The economic crisis is aggravating pre-existing human rights problems such as marginalisation of indigenous peoples, the situation of forced evictions of slum dwellers, and the issue of refugees and migrants,” she told IPS in an interview.

“The economic crisis is also throwing up new problems,” she said. “We have seen over the last year people turning out on the streets to protest in 17 countries, and when that happened, governments, particularly those of an authoritarian bent, turned on those demonstrations in very harsh ways.

“We have seen people killed in Tunisia, in Cameroon, we have seen the police use excessive force in other places like Egypt, Mali, Senegal. We are seeing more repression coming out of the recession.”

Governments, she said, “are investing in putting the market straight again. But the market is not going to address human rights problems. When you are going in with an economic recovery package, if you only focus on putting businesses back on their feet, and in putting banks straight, then you miss out on the poor people, and if you don’t tackle poverty, then you are not going to have a sustainable economic recovery plan.”

The World Bank, she said, had talked about 53 million people being pushed back into poverty as a result of the recession. “Last year the food crisis affected 150 million or so people. That means that all the progress that has been made over the past decade has been wiped away.”

The London-based Amnesty is looking at the recession as a second major blow to rights, after the erosion of rights following the Sept. 11 attacks.

“In the past we saw governments use security as a means to undermine human rights,” Khan said. “What we are now seeing is that the economic crisis has produced another imperative for governments, and they are again ignoring human rights.

“So a kind of 9/11 scenario has moved to a kind of 9/15 scenario; 9/11 in 2001 was the attack on the twin towers, and 9/15 was the crash of the Lehman Brothers bank. So for economic reasons – whether they are excuses or they are deliberate, probably a combination of both – governments want to avoid focusing on human rights issues.”

Amnesty International has now launched a Demand Dignity campaign to fight for rights threatened by the economic crisis, and for those being ignored as a result of it.

“Under the Demand Dignity campaign we want to end human rights abuses that create poverty and that keep people poor,” Khan said. “We are looking at poverty as an issue not just of income but also as an issue of the rights of people living in poverty – their participation, equal access to human rights for all people, and particularly accountability of governments, financial institutions and businesses.”

Amnesty, she said, will campaign to end forced evictions of people from slums. It will work to ensure women have a voice in reproductive and sexual health rights, “and we are going to look at the extractive industry, and call for the corporate accountability” of that industry.

The fundamental issue, she said, is “empowerment of people living in poverty. The best strategy is their participation rights: their voice, the transparency and accountability of governments, so that they can hold governments accountable, and they can also participate in decisions that affect them.”