NEW YORK, Jun 23 2009 (IPS) - The continuing occupation or Iraq and the growing war in Afghanistan are leaving permanent physical and emotional scars on a whole generation of U.S. soldiers. Not since Vietnam have so many GIs objected to a war, and never have military families spoken out so strongly for withdrawal. 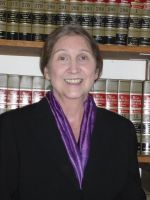 The why and how of withdrawal is the subject of a new book by Marjorie Cohn and Kathleen Gilberd, respectively president and co-chair of the National Lawyers Guild. The book is entitled “Rules of Disengagement: The Politics and Honor of Military Dissent.”

IPS: What is the extent of the dissent? Cohn and Gilberd: As far as we know, the military does not keep data on dissent, and it would undoubtedly be hard to do. Occasional military polls show high rates of dissatisfaction, and while these are statistically small samples, we expect actual numbers to be higher than service members would reveal on even “anonymous” military surveys.

Reports from counseling groups working with dissident soldiers reveal that dissent is clearly much higher than at the beginning of the war in Iraq, and that has carried over into a great deal of dissatisfaction and dissent even in the early months of the “surge” into Afghanistan.

IPS: What forms does the dissent take? MC & KG: Dissent takes a great many forms, and this is one of the things that makes it difficult for the military to monitor and control it. The public hears about the most visible form of dissent: increasing numbers of resisters to both wars who “go public” to express their objection.

Some, such as First Lt. Ehren Watada and Pablo Paredes, publicly refuse orders to deploy to an unlawful war, raising the duty to disobey unlawful orders. GI’s and recent veterans have also become a regular presence at national anti-war demonstrations.

In addition, there is strong GI participation in the recently established coffee-houses near military bases, and many active-duty members have joined Iraq Veterans Against the War.

More than 200 soldiers and sailors testified in Winter Soldier in 2008 about atrocities they had committed and witnessed in Iraq and Afghanistan. By going public with their opposition to the war, at great risk to themselves, they inspired others to dissent and resist participation in the wars.

Less visible are the many GIs who simply go AWOL, seek discharge, or fail to report for activation from reserve status, in opposition to the wars; these percentages are quite high. Although some conscientious objectors have been successful in achieving CO status at the military or court level, it is difficult to measure how many GI’s apply for CO status.

Other forms of dissent, while equally important, are even more difficult to measure: GIs use blogs and other Internet vehicles to express dissent. As creative soldiers utilise modern technology to share images of the war and their opposition to the war with fellow soldiers, families, and the public, dissent sometimes escapes the military’s notice or its ability and authority to control.

Some dissent is very personal and quiet, though equally effective: GI’s distribute letters, photographs, copies of David Zeigler’s anti-war film, “Sir! No Sir!” and “know your rights” cards with discharge information to each other and quietly pass the word that it is possible to say “no”.

IPS: What are the main reasons for dissent? MC & KG: “Rules of Disengagement” details many of these reasons. Growing numbers of service members see the wars in Iraq and Afghanistan as illegal and immoral. They witness, and are sometimes forced to participate in, brutal actions not only against combatants, but also against civilians and prisoners.

Racism and objectification of the non-white enemy as “haji” or “raghead” are used by commands to motivate soldiers to fight. But despite desensitising military training, many find these impossible to bear.

At the same time, the military’s mistreatment of ill or injured soldiers, women, people of colour, and people perceived to be lesbian or gay is an outrage to many soldiers, who were promised that the military would take care of its own.

The failure of military medical care, in particular, is a national scandal. Post-traumatic stress disorder and suicides within the military have reached epidemic proportions. Ill and injured soldiers are denied access to medical care, or misdiagnosed and underdiagnosed in an overburdened system pressured to return troops to duty and to combat.

IPS: What is the military’s response to dissent? MC & KG: Command response to dissent varies widely. Resisters who publicly refuse orders or go AWOL generally receive a swift and harsh response through courts-martial. They can expect harsher punishment than GIs who take the same actions quietly, or go AWOL for other reasons, though sometimes military courts have responded to heartfelt objection with more leniency than commands would like.

Whenever service members “step over the line” and violate regulations in other forms of dissent, they can similarly expect disciplinary action.

Commands have more of a problem when the dissent is entirely legal and dissidents stay strictly within the regs. Here, we often see informal command retaliation through supposedly unrelated actions such as changes in duties or denial of regular leave or liberty.

Harassment from other service members is not uncommon, and is often tacitly approved by the chain of command. In fairness, though, there are commands that respect the regulations and treat lawful dissenters fairly. But all soldiers planning to make unpopular views public, even within the command, must be prepared for the possibility of harsh consequences.

IPS: What legal rights and resources exist to support dissident GIs? MC & KG: The regulations permit GIs to express opposition to the wars or to military policies in limited ways. With many limits, GI’s have the right to speak and write publicly about their views, to attend demonstrations – at least in the U.S., off base, out of uniform, and not on duty time.

Groups like the National Lawyers Guild’s Military Law Task Force and the national GI Rights Network can provide information about GIs rights and referrals to attorneys when commands retaliate.

With legal assistance, commands can often be forced to respect the rights available under the regulations, and can sometimes help to combat less visible but equally problematic harassment and unequal treatment of resisters. Resisters who refuse orders or go AWOL also receive political support and, if they want, publicity, through Courage to Resist, which has taken up the cause of resisters to both wars and to oppressive military policies.

While these resources cannot guarantee that the military will treat resisters and other dissenters fairly, they can make sure that dissenting soldiers do not stand alone.

“Rules of Disengagement” explains how the military’s own regulations can be used to protect dissent, achieve CO status or obtain other discharges, fight racism and stop sexual assault and sexual harassment in the military.