HAVANA, Jun 25 2009 (IPS) - Renowned for her work for the rights of gay, lesbian, bisexual, transvestite and transgender people, Mariela Castro advocates a fairer, more inclusive, and above all more participatory socialism in Cuba. 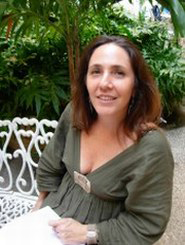 Castro is head of the National Sex Education Centre (CENESEX) and the main sponsor of a mid-2008 resolution that approved sex change operations within the Cuban state health system.

Participation could be the key feature of socialism in the 21st century, said the 46-year-old expert, the daughter of Cuban President Raúl Castro and Vilma Espín, a campaigner for the rights of women and sexual minorities and a historic leader of the Cuban revolution, who died in 2007.

In this interview with IPS, Castro, who on May 16 led the first street conga dance against homophobia in the history of this Caribbean island nation, talks about the experiences that marked her life and made her what she is today, about socialist participation and her hopes for a Cuba free of the U.S. embargo.

IPS: In 2004 you met with a group of transvestites and transgender people who were asking for help. Today you are recognised as the driving force behind a number of reforms in favour of the right to sexual diversity in Cuba. Were you always sensitive to people who are ‘different’? MARIELA CASTRO: It was part of the process of becoming aware as a Cuban citizen capable of seeing reality, listening and asking questions. Life in this country has taught me not to be content with just interpreting reality, but to engage in it, take part and even try to change what I don’t like about it, or what I think ought to be changed for the sake of justice.

IPS: Was there any particularly significant moment that moulded you into the person you are today? MC: There were many. In my first year at university I experienced the process of the strengthening of revolutionary consciousness in the ranks of the Young Communist League, a process I was not pleased with and fought as I thought best.

I was very disturbed by the extremism, the prejudice, and I loathed the expression “ideological diversionism” because I saw it as an instrument for opportunists.

Another experience that marked me was the mass exodus from the port of Mariel in 1980. It was a sudden awakening for me to see many of those people who were so extremist at the time of the strengthening of revolutionary consciousness running off to Mariel, while many of those who had been penalised are still here today, participating in the Revolution.

And the ‘special period’ (the 1990s economic crisis triggered by the demise of the Soviet Union) also marked me. It made me think again about what kind of socialism we really want. It’s great to see all the achievements over 50 years of the Revolution, with full national sovereignty and the search for social justice, but we still have a long way to go in broader terms.

IPS: What position do you take? What kind of socialism could continue to be a valid option for the nation, in the present as well as in the future? MC: I do still back socialism, but socialism based on a dialectical approach, in which we are obliged to deal with all the contradictions as they crop up, marking the changes on the route towards development.

IPS: How can the younger generation be incorporated, when it is said not to be committed to anything or anyone? MC: Through participation mechanisms. For me, a participatory socialist democracy is essential, not just at the level of political declarations or the theoretical level, but involving the creation of social mechanisms in actual practice.

That would be the salvation of socialism as a real option. The only way young people will feel a part of this project is by participating in it, and contributing their opinions, concerns and criticisms.

Young people must be provided with a space where they can become part of the reality that is being invented and created, to which they become committed because they are part of that reality and its construction.

IPS: Have you applied this principle in CENESEX’s present campaign in support of sexual diversity? MC: That is exactly what we are doing. CENESEX creates spaces for participation because the Centre cannot go it alone, nor should it; what we do is open up a space and then develop projects together. Participation is absolutely fascinating because we all take on responsibilities.

If participation mechanisms are developed and perfected in Cuban society, they will greatly enrich our revolutionary process, as well as international socialism, because this has historically been one of its weaknesses.

Cuba, which is such an authentic, original, delightful and contradictory country, can enrich the socialist movement by contributing the native socialism of the Caribbean. Anything else would be like wearing a suit that doesn’t fit, that belongs to a stranger.

The day the blockade is lifted will mean the removal of a huge burden imposed on our survival in the world.

But together with that, it will be essential to perfect the mechanisms of socialist democracy, because dismantling the blockade alone will not bring prosperity. We have to improve our social system.

IPS: What do you think of the theory that Cuba’s socialist system will not withstand the shock of the lifting of the blockade? MC: Just being alive is dangerous, and the Cuban Revolution has always been in danger. I don’t think it would be a greater danger than those we have already lived through. I think it would be an opportunity, dangerous, yes, but an opportunity, and we would have to make the most of it.

It would be hugely important for Cuba, as for any country. What country can survive a blockade? Cuba has survived, but at a high cost in many ways.

IPS: Do you share the view that in Cuba, everything is seen through the prism of relations with the United States? MC: Those relations determine everything. We have developed a culture of the blockade, and we will have to assimilate the lessons of how to be a Cuba without the blockade, that wants to survive with a socialist system, which in my opinion should be more developmental, more inclusive and dialectical.

Socialism cannot dispense with a dialectical approach, including interpretation and development, if we are to withstand the impact of the removal of the blockade. Everything we do will have to serve the purpose of ensuring our sovereignty, without disregarding internal mechanisms, which should be less rigid than they have been.

I still have energy, hope and strength to go on fighting for this socialism. I know the Revolution has developed many defence mechanisms against the constant and well-resourced hostility of U.S. imperialism.

And that’s not just a cliché: it is an expansionist, intense, very cruel imperial system, and we must keep on fighting in order not to yield to the violence and pressures that will continue to come our way. When one follows a path out of conviction, one does not yield, but the important thing is to tread the path as intelligently as possible.

National dignity, sovereignty and social justice, obviously, because in seeking development we are not going to indulge in exploitation. But there are mechanisms – such as cooperation and aid on the economic front – that can allow us to prosper, satisfy the growing needs of the population, and increase, perhaps through the tax system, the resources of the state.

IPS: What do you hope for from President Obama? MC: Personally, I don’t think he has very good advisers on Cuba or Latin America. Hopefully there will be dialogue and some convergence. In terms of his personal history, I think he’s a wonderful person, but now that he’s president he’ll have to wear a different suit. It is a difficult position. I imagine he would like to do a lot of things that he simply can’t do.

IPS: Do you believe that, even if Obama does not achieve substantial change during his presidency, the very fact that he was elected is an important sign of change? MC: Yes, I do, but the world does need action from Obama. The world needs change in the United States, which demands so many changes in the world to serve the interests of powerful elites.

The world is demanding profound changes in the United States, for the sake of survival.

In Santería (an Afro-Cuban religion) they say “Aché!” when they want to wish someone luck, and I always say “Aché!” for Obama. “Aché”, that he may achieve everything he possibly can.