COPENHAGEN, Aug 5 2009 (IPS) - The second World Outgames, held in the Danish capital, offered up a veritable smorgasbord of sport, politics and arts while celebrating sexual and gender diversity. But it also reminded participants that bigotry against lesbian, gay, bisexual and transgender (LGBT) people, sometimes culminating in violence, remains a scourge across the world. 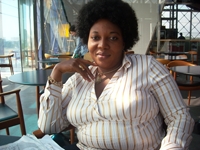 The week-long Outgames, which ended on Aug. 1, attracted 6,500 LGBT athletes and an estimated 20,000 spectators from myriad countries and was characterised by high-level political commitment from the Danish government. The rainbow flag – the international LGBT symbol – adorned the city hall and other buildings surrounding the main square in Copenhagen.

Copenhagen’s lord mayor, Ritt Bjerregaard, spoke at the opening extravaganza and also at the closing ceremony. Denmark’s prime minister, Lars Løkke Rasmussen, welcomed the Outgames as “an important signal of tolerance” in an interview with the country’s gay magazine Out & About.

The event was marred by two attacks on participants. In both cases the Danish police, who assured participants of a “no tolerance” position on hate crimes, apprehended the assailants. No serious injuries were sustained.

On Aug. 1, the day of the closing ceremony of the Outgames, two youths were killed and eleven injured in a gun attack on a Tel Aviv lesbian and gay community centre. It is unclear whether the attack was linked to Tel Aviv’s participation as one of six “Outcities”, each of which had its own stage showcasing dancers and other artists as part of the Outgames worldwide programme.

Nigerian LGBT activist Yemisi Ilesanmi stresses that the focus for LGBT activism in African countries should be on decriminalisation.

In Africa, Sudan, Mauritania and parts of Somalia and Nigeria impose the death penalty for same-sex acts, according to the non-governmental International Lesbian, Gay, Bisexual, Trans and Intersex Association.

Mauritius, Mozambique and South Africa prohibit discrimination in employment on the basis of sexual orientation while South Africa allows marriage and joint adoption by same-sex parents.

At the closing of the international human rights conference which formed part of the Outgames, the Ugandan LGBT activist Victor Juliet Mukasa called on LGBT activists present to stage protests at the Ugandan embassies in their countries in the coming weeks.

Uganda’s “ethics minister” is about to table an “anti-gay bill” in parliament which would outlaw LGBT human rights activism by banning literature and public speaking on LGBT issues. The bill is meant to cover the gaps in existing legislation, which already imposes a life sentence for male homosexual activity, by also instituting punishment for lesbian sexual activity.

In an interview with IPS, Mukasa ascribed the backlash to religious fundamentalism. “The church is telling parents that homosexuals want to sodomise their children, that homosexuals are on a mission to destroy the heterosexual family.”

Mukasa emphasised that same-sex practices were part of life before colonialism. “The British came with the draconian laws that criminalised homosexuality. People have forgotten this. Now homophobia has been made part of African culture.”

Homophobia has proven durable because politicians depend on church leaders for support, said Mukasa. Homosexuality is a red herring used to distract people from pressing issues such as unemployment and the perennial war in northern Uganda, she added.

Mukasa used to be the leader of the LGBT organisation Sexual Minorities in Uganda. Persecution by the Ugandan authorities forced her into hiding while she was still in Uganda. She has since left the country and now works for the New York-based non-governmental International Gay and Lesbian Human Rights Commission.

Police searched Mukasa’s Kampala home in 2005 and sexually assaulted and harassed her and another activist, Yvonne Oyoo.

Mukasa and Oyoo sued the attorney general in a case that led to the Ugandan high court declaring in 2008 that the state had violated their rights and that LGBT people also enjoyed the rights enshrined in the Ugandan constitution, regardless of being transgender or lesbian.

On the other side of the African continent, in Nigeria, a bill banning same-sex marriage has made a comeback after activists mobilised successfully against it in 2007. Similar to the Ugandan law, the bill will infringe on freedom of expression and association as Nigerians will not be allowed to advocate for LGBT rights.

The resuscitation of the law has led human rights lawyer and trade unionist Yemisi Ilesanmi to take a position not just as a feminist but as LGBT activist. She has been building alliances between civil society organisations (CSOs) on the basis that LGBT rights are human rights, a topic that she addressed at the Outgames human rights conference.

Other organisations are coming round to the position that this bill may pave the way to the state eventually also putting their human rights advocacy in the firing line. Ilesanmi is part of a campaign driving a petition which has been signed by other CSOs in protest against the bill.

The bill first saw the light in 2007, when South Africa was passing legislation to legalise same-sex marriage. Ilesanmi remarked to IPS that “African governments are afraid as they notice that internationally people with same-sex preferences are gaining more rights. They feel they better do something before it starts happening in their own countries.

Some of those who want to sustain oppressive power relations are themselves gay or lesbian, Ilesanmi argued. “They believe they are living in sin and that it is morally wrong. They are told that they are possessed by the devil. They hate themselves but they can’t stop because it is natural.”

Such internalised homophobia is passed down from generation to generation in Nigeria, Ilesanmi contended: “You believe what people around you are saying. There are no role models to show another way. You take for granted that sex should be between a man and a woman. If you have different feelings, you squash them. You just keep it to yourself because you think you are the only one.”

Like Mukasa, Ilesanmi pointed out that same-sex practices existed in Nigeria from pre-colonial times, for example among the Calabar people in the country’s southeast. When a family has no sons, the eldest daughter takes a wife to whom she plays the role of husband.

While the wife gets impregnated by men, the children are regarded as also those of the husband who keeps the family name. Who is to say that there is no sexual activity between husband and wife, Ilesanmi asked. But such possibilities are silenced by the forces of bigotry in Nigeria.

With so many people in the closet, it is not surprising that African representation at the Outgames was dismal. Even South Africa, which is singular in Africa in its constitutional prohibition of discrimination against homosexuals, had only a few representatives, most of whom were activists attending the human rights conference.

As she again set about building a coalition to resist the anti-gay legislation, Ilesanmi reiterated, “I don’t think (homophobia in Africa is) about culture. Culture is dynamic and changeable. Rather, it is about people wanting others to conform to a stereotype of the family in order to keep gender relations unequal. They don’t want people to think outside of the norm because they want to control their lives.”