CUBA: There Are No Tough Guys; It’s Tough To Be a Guy

HAVANA, Oct 5 2009 (IPS) - It has been three years since he separated from his second wife and realised he did not have a home to return to. Although he has always been able to count on a helping hand from one friend or another, and his children help him out now and then, Humberto Martínez spends most nights sleeping on a park bench in the Cuban capital. 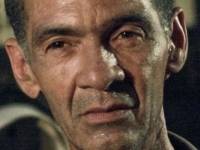 “During this time I’ve found work as a night watchman in places where I could sleep. But now I’ve been unemployed for a few months. Sometimes I sleep in the hall of some building, or on the roof of a friend’s place, but it can get really cold up there. I almost always end up in the park,” Martínez, 59, told IPS.

He stresses that he always has money in his pocket and clean clothes (stored at a friend’s place), and that he bathes regularly. He has strived his whole life to be an honest, hard-working man, he adds. But when his life touched rock bottom, he did not have a single friend or relative in a position to give him a place to live.

With his first wife, the mother of two of his children, a woman he says he still loves “as much as I did on the very first day,” he was not even able to remain on friendly terms. Looking back, he admits that he drank too much, arriving home late and inebriated every night. He says he covered her material needs, but did not give her what she really needed: “She never had me.”

His three children are now grown up and busy with their own lives. Despite the occasional gesture on their part, their father has essentially been abandoned and left on his own. “There are no tough guys here,” reflects a teary-eyed Martínez in one of the most hard-hitting scenes in the documentary “El padre nuestro: Lo masculino y lo femenino de nuestras almas” (Our Father: The Masculinity and Femininity of our Souls).

Cuban director Lizette Vila chose Martínez to serve as the central thread running through a story aimed at “recording in real time” the social construction of masculinity from a point of total emotional, sentimental and human vulnerability.

A victim of one of the most critical social problems facing Cuba, the housing shortage, Martínez is also the epitome of the working-class guy who has been taught from childhood to conform to the narrow confines of the dominant heterosexual male model of masculinity. It is only being pushed to the edge that has made it possible for him to confront and discuss his emotions.

“If only men realised that they have a right to cry, to talk about their feelings in public, to wear more pleasing colours, to live in harmony with the human and the divine, then maybe we wouldn’t be here talking about violence, about human vulnerabilities, about challenges that become increasingly difficult to overcome,” Vila commented to IPS.

The general director of the Palomas cultural project and director of a long list of documentaries, many of them about men, Vila is convinced that the Cuban “macho man”, like his counterparts in Mexico and Latin America in general, “suffers a great deal because he hasn’t been given the chance to build his identity from a place of peace.”

These men’s lives are defined by “latent competition, the need to cheat on their partners, to be sexual supermen, and they end up in hiding when they encounter problems with their sexual performance or their prostates. They are slaves to an imaginary power and have become very vulnerable because they are neither as hardened or as strong as they think; they are human beings,” said Vila.

In this Caribbean island nation of 11.2 million people, the divorce rate skyrocketed from 0.41 per 1,000 inhabitants in 1955 to 3.2 per 1,000 in 2006, according to a study by researcher María Elena Benítez from the University of Havana Centre of Demographics.

Different studies have concurred that despite living in patriarchal societies where they wield power over their wives and families, the socially instilled model of masculinity places men in a situation of vulnerability, largely due to general disregard for their health and constant exposure to the threat of violence.

In general, women are much better prepared to deal with retirement and widowhood, for example. Throughout their lives, they establish bonds of friendship that are deeper, more lasting and qualitatively different from those of men, and in the event of being left homeless or alone, they are much more likely to be taken in by relatives or friends.

Women, who are also viewed through the lens of prevailing gender stereotypes and the social functions they have fulfilled throughout their lives, are taken in as a potential source of help with housework and childcare. But men, even if they contribute money to the household, tend to be viewed as an extra burden, someone who has to be taken care of, and in extreme cases, a genuine nuisance.

“Men succumb to loneliness, to depression. They don’t know what to do with their lives. Ultimately, their masculinity leads to total dependence on women, to uselessness, to a painful process,” Julio César González Pagés, a professor at the University of Havana and coordinator of the Ibero-American Masculinity Network, told IPS.

Although there are no official statistics on people living in situations of indigence or extreme poverty in Cuba, a research study by social anthropologist Juana María Jiménez found that the majority are elderly and predominantly male, with no children or other close relatives and at high risk of alcoholism.

In different social conditions, men also represent the majority of people living on the street. A case study conducted in the Spanish city of Barcelona found that 89.5 percent of homeless people there were male. Unlike Cuba, however, 62 percent were immigrants.

A total of 120 million people had no housing or lived in shantytowns or slums.

Meanwhile, the latest national progress report on the Millennium Development Goals (MDGs) submitted by Cuba recognises that despite the country’s ample guarantees of social security and assistance, a number of vulnerability factors have been identified, which include aging, low income and lack of housing or adequate facilities.

“I’m poor, I’m on the street, but I’m not an indigent. I have to keep myself neat and clean,” declares Martínez in a sequence of the documentary that alternates with other images of men: an almost naked man sleeping on a sidewalk, another holding a bottle of rum, a third “diving” in a trash container, and a group of others killing time by playing dominoes.

“Doesn’t a drowning man need a helping hand?” asked Vila, as she showed IPS a series of photographs of a Cuban man pulled from the sea too late. “Everyone saw him drowning but no one made a move to help him. What would have happened if it was a woman who was drowning?” she wondered aloud.

Confident in her identity as a “woman-man” since she came to accept the masculine side in her, Vila believes that “if everyone understood that these two psychological and sociological components can perfectly complement one another, then gender equality would be much more sustainable.”

“If men and women were able to recognise the masculine and feminine within each one of them, then the formation of their personalities, social interaction, and even rebuilding their lives under any possible circumstances would be much more harmonious,” she stressed.

“And when I say harmonious,” she added, “I am talking about equity, justice and rights.”