Q&A: Small Sugar Farmers Not so Sweet on End of Sugar Protocol

PORT LOUIS, Oct 14 2009 (IPS) - The Sugar Protocol enabling developing world sugar farmers to produce for the European market over the past 34 years ended on Sep 30. Among these, the small island state of Mauritius built two major industries — tourism and textile and clothing – on the back of its sugar sales. 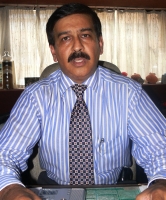 This agreement had secured for Mauritius a duty-free quota of 500,000 tons of sugar for export to Europe at a guaranteed price that was three times higher than the prevailing world price. Mauritius became the main sugar supplier to the European market among the African, Caribbean and Pacific (ACP) countries.

Mauritians would have loved things to continue like this for years. But the 36 percent cut in the price that the European Union (EU) paid for sugar over the past four years and the reduction of the quota by up to six million tons woke them up to the EU’s changing trade policy.

With the help of the EU, Mauritius took on the challenge of reforming its sugar sector. Sugar factories have thus been centralised to six units only; and small and medium scale farmers have been regrouped to benefit from economies of scale.

Moreover, electricity is being produced for the national grid with bagasse, a cane residue, along with ethanol and refined white sugar, thus optimising revenue from sugar cane. The industry has been transformed from a sugar to a cane industry.

IPS: How does the end of the Sugar Protocol affect sugar farmers in Mauritius? Salil Roy (SR): We were prepared for it. It has been announced long time back. I think our reform plan has mitigated the impact on us. We have done a lot to reform our industry and make it competitive and viable for the coming years.

We will now refine our sugar before selling it, bringing in more revenue for the farmers, thus compensating for the drop in the price.

IPS: Do you regret the end of the protocol? SR: Yes and no. The end of the protocol has forced farmers to think out of the box. Earlier, they were just producing raw sugar and exporting it. Now they are looking for other niches in the same field and the reforms have shown numerous possibilities to them as to how to optimise their revenues.

They are now forced to do things differently because it is a world where only the fittest can survive. This is how our industry can become competitive in this global economy because nobody owes us a living. The end of the protocol is something good that is happening to our economy.

IPS: How has the protocol affected the livelihood of farmers over the past 34 years? SR: The protocol was a must in the 1970s to help not only farmers but all Mauritians who were struggling with poverty. Everything you see around in the island today bears the mark of the protocol.

Our political leaders made the right choice at that time by choosing to join the protocol. It has been very beneficial to us in the long run.

IPS: Does it still have a raison d’être? SR: No, it has not. Mauritius is one country that has derived the maximum of benefits from the protocol by investing in the tourism and textile and clothing industries, as compared to other ACP sugar producing countries. We are still doing very well, even after the protocol.

IPS: Have the reforms really changed the industry? SR: I must say, small and medium scale farmers are not getting their full due. They have cultivated marginal lands and contributed a lot to the island’s economy for decades. They are not just here to contribute to the economies of scale of big producers.

They should get the maximum revenue for their cane – from its juice, its sugar, its electricity, its ethanol, its molasses and every other thing that can be taken out of the cane. Don’t tell me that I cultivate sugar cane and that the bagasse does not belong to me.

IPS: So the reform plan does not satisfy the farmers? SR: To some degree, but the government has a moral obligation to protect us because we have toiled hard for the economy for the past three or four generations. We do not constitute a liability to the government; we contribute a lot towards the economic prosperity of Mauritius.

There is also the problem of having enough workers; the rising costs of production; the lack of funding from banks, and so forth.

IPS: Farmers produce between 40 to 50 percent of cane on the island. Why are they so badly organised? SR: This is a question of mentality that has got to be changed. Many farmers have difficulty coping with the changing world. It has really been very difficult to group them under one big roof so that they may benefit from economies of scale. Many of them think they’ll lose their land if they join a group.

We are relying on the reform plan to better organise the farmers. We should create a climate that is conducive for their existence.

IPS: Do you think medium and small scale farmers in Mauritius will survive the end of the Sugar Protocol? SR: Yes, all the ingredients for success are present. I am optimistic about it in spite of the problems we encounter. With hundreds of years of experience, the Mauritian sugar industry will not die now. We produce sugar very well; why can’t we do it in the coming years in this field where we command respect?

There is no doubt about it that we’ll survive the Sugar Protocol. We have just to get things in order.