UNITED NATIONS, Nov 6 2009 (IPS) - Since the terror attacks of Sep. 11, 2001, persistent misconceptions about Islam have contributed to a dangerous climate of mistrust and disharmony between the Muslim world and the West. 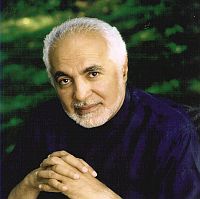 “The world is divided,” Imam Feisal Abdul Rauf told IPS in an interview. “People all over the world might reject politically, intellectually or spiritually the divide between the Muslim World and the West – but they recognise its existence.”

Rauf has dedicated his life trying to improve the relationship between the Muslim and the Western worlds. He founded the Cordoba Initiative, with offices in New York and Malaysia, and the American Society for Muslim Advancement, and is the author of several books.

In an interview with IPS, Rauf spoke about the problems and the challenges posed by this disconnect between the Muslim world and the West, and how Muslim youth leaders are working through the Cordoba Initiative to overcome them. Excerpts follow.

IPS: At a recent talk at the United Nations, you said distorted media coverage is often a factor in widening the gap between the Western and the Muslim worlds. How can the media play a more positive role? FAR: The media is a powerful tool to change perceptions and create change. However, it is also a weapon, and too often, it has been used to perpetuate stereotypes, to promote destructive actions and policies, and ultimately, to deepen the Muslim World-West divide.

In order to be a positive influence, it is important that the media do four things: stop depicting Muslims as terrorists in the media and entertainment industry; replace broad generalisations with positive and realistic portrayals; educate its members on the issues, enabling sophisticated reporting; focus on positive stories and examples of healthy Muslim World-West relations.

IPS: The Cordoba Initiative’s Muslim Leaders of Tomorrow (MLT) programme brings together young civic-minded Muslims from all over the world to help each other more effectively face common challenges. How different are these challenges on a country-by-country basis? FAR: The young leaders face a number of challenges in their work, of which some of are shared and global. For example, at the 2009 MLT global convening, 86 percent of the 300 participants said that Muslims face a crisis in religious authority.

MLTs also face unique challenges within their respective communities. For example, MLTs in Europe work on integration issues. MLTs in Pakistan are resolving tensions through conflict resolution training. MLTs in the Gulf are actively engaged in creating opportunities to address unemployment, motivate their youth, etc. MLTs in the U.S. and UK work on presenting a balanced portrayal of Islam and Muslims in the media.

Many of these leaders have become key figures and change agents within their communities as a result of the network and partnerships formed through MLT. The MLT community has grown from 125 in 2004 to over 500 in 2009. The MLT programme went truly global only in 2009, bringing in leaders from South Asia, South East Asia, Middle East and Africa.

IPS: The situation of Muslims in the West has clearly worsened since 9/11. In Europe, right-wing extremist political parties have emerged or gotten stronger, such as the National Front in France, the Vlaams Belang in Belgium, and the Freedom Party of Geert Wilders in the Netherlands. What is the stance of youth leaders in Western European countries towards these extremist political parties? FAR: MLTs are the voice of their communities, and they are among the first to respond to instances of xenophobia or Islamophobia in their countries.

For example, when Geert Wilders’s movie, “Fitna”, was released, a number of Dutch MLTs petitioned against the film and published newspaper articles. They also launched a t-shirt petition campaign with the message, “Holland Loves Muslims” and “Muslims Love Holland” and initiated the “Sending Hugs” campaign, organising mass “email hugs” to Geert Wilders because “all he really needs is love”.

Famile, one of the Dutch MLT’s, even sent him flowers and thanked him for bringing her closer together with other Muslims. All of our MLTs espouse the core Islamic values of pluralism, freedom, justice, intellectual development, creativity, and leadership. In keeping with these values, MLTs in Europe are actively engaged in building bridges between Muslims and the larger community.

For example, MLT Shenila Janmohammed frequently speaks on integration, hijab, and women in Islam in the UK, and she has become a well- respected figure in the country. MLTs across Europe are reaching out to the media, becoming politically active, and transforming their own communities.