UNITED NATIONS, Nov 5 2009 (IPS) - On Sep. 14, the United Nations (UN) General Assembly adopted a resolution that gave the green light to the creation of a new U.N. agency for women. 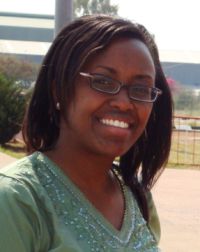 Civil society organisations have long lobbied for a women’s agency, and in 2008 these efforts were combined in the Gender Equality Architecture Reform (GEAR) campaign involving some 310 organisations.

IPS spoke with Naisola Likimani of the African Women’s Development and Communication Network (FEMNET) on the opportunities and challenges that the new agency which will be headed by an under secretary general faces. Likimani, based in Nairobi, Kenya, is also the focal point for Africa for the GEAR campaign.

IPS: Where should the headquarters of the new U.N. women’s agency be located? NAISOLA LIKIMANI: It should be in Africa, in an easily accessible capital.

Africa is terribly lagging behind in the realisation of women’s rights, for instance in maternal and child mortality and morbidity rates; increased poverty rates and the feminisation of poverty in the region; and gender gaps in primary and secondary enrolment, to name only a few.

Housing the new agency in Africa would call global attention to these disparities and hopefully lead to increased prioritisation and more strategic resource allocation.

IPS: What will be the main challenges and opportunities of forming the new agency? NL: Among the opportunities are that women’s issues will benefit from a higher profile, as has been accorded in the past to environmental issues and children’s issues.

The new agency will also provide for a more coherent global policy on gender equality, and coherent and strategic resourcing rather than the current fragmented way in which gender equality is handled at the U.N.

Among the challenges are bringing together four bodies to become one – like negotiating a merger. Harmonising the cultures of the four entities into one that facilitates the work of the new entity is both an opportunity and potentially a challenge.

There has to be a political commitment to provide the necessary resources right from the start. It is important that the entity is not dependent on the occasional support from the super powers. It has to maintain its independence in order to respond to the needs of women both in the global north and south.

IPS: What would you recommend the under secretary general’s (USG) priorities be in her/his first year of office? NL: FEMNET feels that it is imperative that the USG be female, particularly at the time of establishing this entity.

During the first year she should establish the office, negotiate and define the mandate of the new entity in relation to the other U.N. bodies, and mobilise ambitious, regularised funding.She must ensure a minimum of one billion U.S. dollar that is allocated to this institution, with plans for growth over a few years.

A priority will also be accelerating implementation of international human rights standards that protect and promote women’s human rights.

IPS: There is much happening on gender empowerment between civil society and the U.N., that it seems only right that the agency adopts a bottom-to-top approach taking its cue from civil society. Do you expect any conflict of interest here? NL: It must be acknowledged that the new agency is a U.N. body and it is established by the member states.

Consultation will be key to its way of work with the member states, other U.N. bodies and civil society. What is most important is that it should not lose touch with the realities of women’s lives.

FEMNET anticipates systematic and meaningful participation of civil society in this new agency, particularly in its Executive Board. The campaign to establish this new agency is testament that the U.N. and civil society can work in partnership for the realisation of a greater good.

IPS: What will be the contribution of your organisation (as far as goals and information) to the new women’s agency? As a regional focal point in the GEAR campaign, FEMNET has been very active in promoting the proposal for establishment of the new entity.

As a regional membership-based organisation, FEMNET is also ready to be a key partner in Africa, through providing technical support to the agency and popularising the agency and its initiatives that are key for African women’s development.

*IPS is running a series of interviews on the U.N.’s decision to create a new women’s agency.