CAPE TOWN and KAMPALA, Jan 18 2010 (IPS) - Kenya and Tanzania have recently passed anti-counterfeit laws and regulations that risk blocking legitimate generic medicines instead of fake products, which is the purported purpose of these laws. Uganda is now considering a similar bill. 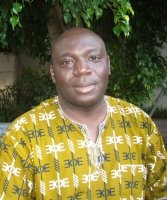 Like the other East African legal provisions, Uganda's draft bill defines counterfeiting in such a way as to criminalise manufacturers and importers of safe, high-quality generic medication. Critics say Uganda already has adequate legislation against fake products.

To explain what is spurring the adoption of these new laws on intellectual property rights, Sisule Musungu points to the politics of global trade. Musungu is president of Geneva-based IQsensato, a non-profit research and communications organisation providing a platform for developing world researchers to influence international policy-making on development.

Q: Explain the international context for the anti-counterfeit legislation in East Africa.

A: It links to the global level, where the interest in intellectual property has increased significantly. The explanation is very simple in trade terms.

With liberalisation in most sectors and the ongoing negotiations in the WTO (World Trade Organisation) to further liberalise trade in agricultural and manufactured goods, none of the industrialised countries will eventually be able to compete in agriculture with Brazil and players like that.

Europe and the U.S. are out of the game in agriculture if they liberalise; manufactured goods are the same as there will be more competition from China and India. It will be a lost market. The only thing left for industrialised countries in terms of global trade is services and intellectual property goods.

The interest in enforcing the latter is just that because it is the only area that remains in terms of comparative advantage. You can see the importance of intellectual property in terms of enforcement at the G8 (Group of Eight industrialised countries). It has become an important topic in its working groups.

If one uses the standard intellectual property rights entry point, the big players in the West (multinational companies and their backers in governments) won’t get very far because of the awareness that exists in many developing countries about the problems of intellectual property: its impact on access to medicines, on agriculture and other things.

Using the language of counterfeits strategically is basically a strategy to get what you would normally get through intellectual property laws.

Q: Why would Uganda as a least developed country — which can still take advantage of flexibilities under the WTO regime — hurry to pass a law that in effect stymie its ability to access affordable, non-brand medicines?

A: President Yoweri Museveni (of Uganda) has been very vocal about counterfeit medicines. But he has no interests in intellectual property. He is simply saying, "I don’t want milk that kills children". That is what he thinks when they (representatives of multinational interests) talk to him. By using language basically, they are capitalising on fears and interests which are genuine.

We had a discussion in Uganda where we looked at Museveni’s concern about the need to fight counterfeits. When we delved deeper, we found that he left it to the technocrats to figure out how to fight counterfeits and they went for this route, which doesn’t solve the problem. The president never said use intellectual property enforcement.

He clearly believes that by pushing these laws he will be solving the problem of children drinking bad milk. But, in a true sense, intellectual property rights don’t guarantee quality or certification of quality.

If you have a patent on any product, it doesn’t say anything about quality because the patent examiner does not look at the quality of the product. The same with copyright: if I have copyright in a book it doesn’t mean it is a good book.

This also applies to trademarks; the fact that something has a trademark only tells you about the reputation of the company but not about the quality of the product. And that is why talking about quality and intellectual property does not add up because they are two different things: the latter confers rights to intellectual property owners and has nothing to do with the quality of products.

In many countries we have patents that are illegal to practise, for example, you can have a patent on nuclear technology but it is illegal to use the technology.

Q: Are there any other incentives for governments to adopt the laws?

A: Obviously, if someone is putting down a lot of money for customs (empowered by the legislation to seize "counterfeit" goods), governments will take it because they are short of resources.

Q: What is the money for?

A: For training. There is a lot of money available from the OECD (Organisation for Economic Development and Cooperation), Interpol and the World Customs Organisation — all aimed at intellectual property rights enforcement. There are training programmes for government officials because there are resources to do it.

In a sense, it diverts these agencies from their core functions. So Interpol’s interest is suddenly in intellectual property. Their East Africa liaison office in Nairobi pushes the Kenya police and other agencies towards that priority because they have the resources.