NAIROBI, Mar 19 2010 (IPS) - Kenya’s Constitutional Court heard on Mar. 18 from counsel representing the government that the Anti-Counterfeit Act of 2008 does not threaten the importation or manufacturing of cheap generic medicines and therefore does not deny Kenyans their constitutional right to life. 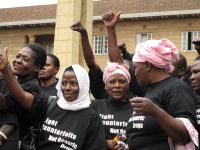 Three people living with HIV and AIDS have approached the Constitutional Court to challenge the new law, enacted mid-2009, as it may cause confusion between counterfeit and generic medicines, which make up 90 percent of medicines dispensed in the low income East African country.

The petitioners are challenging sections two, 32 and 34 of the Anti-Counterfeit Act. The law fails to acknowledge and to specifically exempt generic medicines from the definition of counterfeits in accordance with the allowances in the Trade-Related Aspects of Intellectual Property (TRIPS) agreement, according to the petitioners.

Therefore, the definition is regarded as more onerous than TRIPS (known as “TRIPS-plus”) as it may prohibit the importation and manufacturing of generic drugs in Kenya. The act’s definition of counterfeit goods is regarded as too wide.

Section 34 of the act gives the Kenya Revenue Authority “excessive powers that may be abused” and may also violate the TRIPS agreement, according to the petitioners.

Arguing in defence, the senior state litigation counsel Peter Bosire said the petitioners do not have a case as they are misreading the act. He insisted that the act’s definition is clear and does not threaten the importation of generic medicines, as alleged by the petitioners and interested parties.

Bosire further argued that neither the petitioner nor the interested parties has demonstrated that the government or its agencies are in breach of constitutional rights.

In his retort, the petitioners’ counsel, David Majanja, described the act as interfering with the constitutionally guaranteed right to life: “There’s much harm and damage to people living with HIV if the act is enforced as it will inhibit access to essential medicines.”

The enforcement and application of the act, particularly sections 2, 32 and 34, will endanger the petitioners’ right to life by arbitrarily denying them access to affordable and essential medication.

He added that the act also contravenes sections of the Industrial Property Act of 2001 that allows government to utilise parallel importation, as per multilateral agreement, in the interests of public health.

According to Christa Cepuch, Health Action International Africa programme director, “counterfeits should not be confused with generics. We are totally against the manufacture of counterfeits that is a threat to the health sector.”

Cepuch told IPS that the act hands excessive power to police and border officials who lack the necessary knowledge to distinguish counterfeit medicines from generic medicines.

Aids Law Project lawyer Omwanza Ombati argued that authorities might use loopholes in the law to erroneously interpret generics as counterfeits due to the ambiguities in the law. The Aids Law Project is a non-governmental organisation championing access to adequate healthcare and treatment for people living with HIV and AIDS.

“The wording in the law means that drugs imported under parallel procedures might be seized at border points or ports,” Ombati told IPS.

The Kenyan government has had research conducted that showed that consumption of contraband or counterfeit products causes local manufacturers to lose about 650 million dollars annually in sales.

Bosire argued that the court challenge could compromise the enactment of the law which covers a spectrum of products apart from medicines.

The ruling will be made on Apr 23.

Similar legislation has either been tabled or adopted in Zambia, Tanzania and Uganda and is also being considered at the level of the East African Community.