Q&A: EPAs Are Still Not Developmental, Despite EU Promises

GENEVA, Mar 25 2010 (IPS) - The contentious trade deals known as the economic partnership agreements (EPAs) will in their current form not do African countries any good as they still do not take those countries’ development needs into consideration, despite such an undertaking by the European Union (EU). 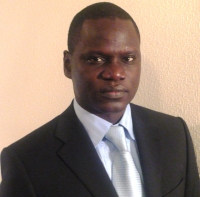 Dr El Hadji Diouf: Due to lack of political will, the EPA negotiations will not be suspended. Credit: Aida Diop/IPS

This is the opinion of Dr El Hadji Diouf, manager for the EPAs and regionalism programme at the Geneva-based International Centre for Trade and Sustainable Development (ICTSD). ICTSD is a nongovernmental organisation (NGO) seeking to empower stakeholders in trade policy and influence the international trade system to advance sustainable development.

He therefore believes that African states need more time to negotiate and to implement pro-development measures to ameliorate the detrimental effects of trade liberalisation. They should also be allowed to protect their economies where necessary. Diouf’s articles and research have often inspired the positions of West African EPA negotiators.

IPS’s Isolda Agazzi asked Diouf to respond to recent statements by Ablassé Ouedraogo, former minister of foreign affairs of Burkina Faso and former deputy director of the World Trade Organisation (WTO), that the EPA negotiations between West Africa and the EU should be suspended.

Ouedraogo bases his position on the argument that, in the aftermath of the economic crisis, the current situation is completely different from 2002 when the negotiations were launched.

This is part one of the interview.

Q: What do you think of Ouedraogo’s proposal to suspend the negotiation of the EPAs? A: If the EPAs are finalised in their current form, they will not do Africa any good. Since 2007, and after a strong initial opposition, the EPAs seem to have become acceptable, provided they take development into consideration.

But the ones that have been signed in 2008 and 2009 don’t do this, including the interim ones of Cote d’Ivoire and Ghana. These countries were obliged to sign by Dec 31, 2007 in order not to lose their preferential access to the European market.

However, I don’t believe that suspending the negotiations is doable. It is a political decision and politicians will not take it. In many fields, the final political decisions undermine the technical arguments of African experts.

The good news is that civil society is there. The Cotonou agreement (between the EU and African, Caribbean and Pacific countries from which the EPAs flow) allows for the presence of one representative from NGOs but this is not well-known among stakeholders.

Negotiators from the EU and the regional economic organisations were not prepared to host a civil society representative in the room. But when it happens, the value brought by the non-state negotiator is high.

The example of Dr Cheikh Tidiane Dièye from Enda Tiers Monde, negotiating for West Africa, is a good one because it has kept some contentious issues on the table. (Enda Tiers Monde is an international NGO based in Dakar, Senegal, working on sustainable development.)

Q: Ouedraogo says that Africa cannot open up its markets any more. A: The debate is quite juridical: at what rate should African countries liberalise? GATT Article XXIV says that in the case of a regional trade agreement, like the EPAs, countries can give each other trade preferences provided that these abide by WTO rules.

The problem is that the WTO rules are vague: it says that most of the commercial exchanges must be liberalised but does not say how much. The EU has tried to make African countries believe that, in order for the EPAs to be WTO-compatible, 80 percent of their economies must be open.

Eighty percent seems reasonable but how to split this percentage up? Africans want an average level of liberalisation, with the EU opening up 100 percent of its trade and Africa 60 percent. But the EU wants at least 80 percent from Africa.

The last negotiation session showed that the West African region is about to increase its offer to around 70 percent. The dispute has not been resolved yet.

The impact is significant because of products considered “sensitive” that should not be eligible for trade liberalisation. Every country has come up with a list of such products at the national level, but lists must be regional and now not all products can be accommodated.