PARIS, Mar 29 2010 (IPS) - Between 30 and 40 percent of taxes that should be collected by developing countries end up in countries operating as tax havens. Overall, these “clandestine passengers of globalisation” contribute to capital flight from developing countries to the tune of 1,000 billion dollars a year. 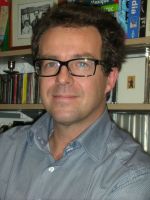 Xavier Harel: "Hairdryers are being sold to Nigeria for 3,800 dollars apiece or cassette players for 1,400 dollars" Credit: Copyright: DR

But the problem also affects Western countries, as in France only four of the largest 40 listed companies effectively pay the 33 percent tax on corporate profits.

In the United Kingdom, two-thirds of the largest 700 corporations paid less than 10 million pounds in taxes between 2005 and 2006, according to the National Audit Office. The remaining third did not pay any tax on their profits.

In an interview with IPS he explains how these often legal schemes constitute a major challenge for African tax collectors through the mispricing of transfer prices between different entities of global corporations. Transfer prices refer to the pricing of contributions in transactions between internal divisions of companies.

Q: Would capital flight out of Africa reach that extent (described above) without tax havens? A: Capital flight through the mispricing of transfer prices does not need tax havens to occur. However, for the subsidiary of a multinational producing, for instance, copper in Zambia, it is tempting to channel these payments through tax havens.

It allows (companies) to base profits in tax havens (where, by definition, they will hardly be taxed) and to leave costs in countries where the production is based (thus minimising taxable profits there).

A recent report by Raymond Baker (who heads the Global Financial Integrity think tank) estimates that the mispricing of transfer prices costs developing countries between 98 and 106 billion dollars in tax revenue loss.

Q: Most headlines that we read about capital flight from Africa relate to oil-rich countries but your book gives examples from all over the continent. A: Yes, I came across research by Simon Peck, an academic who researches capital flight and the mispricing of trade between Africa and the U.S. (for purposes of corporate tax evasion), and he lists a number of interesting cases.

He went through U.S. customs registries and found records for hairdryers being sold to Nigeria for 3,800 dollars apiece or cassette players for 1,400 dollars. He also found consignments of tires exported to Ghana for 3,300 dollars each.

Q: Are the World Bank and international donors involved in development aware of the problem? A: No, it doesn’t seem to be on their radars. Their mandate is to finance development, to fund projects, whether in infrastructure or health or other sectors. But the effective collection of taxes is not one of their worries.

Q: Your book makes it sound as if tax administrations in Africa are completely overwhelmed A: Yes, absolutely. It is totally beyond their technical and human resources to dig into multinational corporations’ accounting books.

This is hardly a surprise as even in France, for instance, the tax administration says they have a very hard time making any sense of the tax returns filed by companies listed on the Paris stock exchange.

Countries with limited resources to allocate to tax collection efforts can hardly be expected to spot the financial intricacies of multinationals’ tax evasion schemes. To my knowledge, no African country has ever investigated a company for mispricing transfer prices in order to dodge taxes.

Q: G20 members made quite a fuss of tax havens last year, repeatedly committing to shutting them down and ending tax evasion. In practice, what has happened since? A: There’s two ways of looking at it. One could say that the coordinated onslaught on tax havens by the 20 richest economies in the world was indeed unprecedented.

Momentum was built by scandals affecting Switzerland and Lichtenstein (where many European and American taxpayers were accused of hiding personal wealth), as well as public deficits ballooning with the global economic crisis.

However, in order to be taken off the official list of tax havens, many such jurisdictions signed tax information exchanges treaties with other tax havens. In theory, signing cooperation agreements with 12 countries ensures a country is not labelled a tax haven.

But in practice, I have a hard time imagining Monaco’s fiscal services requesting information from, say, Lichtenstein in order to establish whether a person should be paying more tax.

One way of limiting corporate tax evasion would be to impose country-by-country reporting of companies’ gross revenue, profits and taxes paid.

But, when I recently asked the French minister of finance for his views on the matter, he looked at me, entirely puzzled, and said he had never heard the expression before. So, clearly, limiting “tax optimisation” of large corporations is not on the French government’s agenda.

Q: How has your book been received? A: Quite well, part of the press seems interested and I’ve been invited to talk on several occasions. I’m not sure the government shared that enthusiasm, but that really is not my concern.

However, there is a problem of “infusion”. The research and observations I quote, such as Raymond Baker’s work, are very recent. These are new concerns and most of our political leaders have never heard of them.

They also may have a hard time seeing what political benefits they could possibly gain from raising these topics. These questions need to spread to the public at large, which will take time.