NEW YORK, Apr 5 2010 (IPS) - When world leaders meet in Washington later this month for a summit on nuclear security that is expected to include discussion of sanctions on Iran, they should also address the country’s human rights situation, says Iranian-American journalist Roxana Saberi. 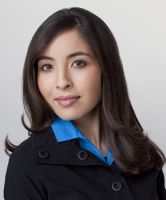 “I think more pressure can be put on the Iranian regime over its appalling human rights record,” Saberi, author of the new book “Between Two Worlds: My Life and Captivity in Iran”, told IPS. “The international community should think that both can and should be pursued simultaneously, and human rights should be a first tier, not second or third tier issue.”

A dual citizen of the U.S. and Iran, Saberi, 31, grew up in Fargo, North Dakota. Six years ago, she moved to Iran and began working as a freelancer for a variety of news agencies, including National Public Radio, BBC and Inter Press Service.

Saberi was arrested in January 2009 and initially accused of trying to buy wine, an illegal substance in Iran, and later for lacking valid press credentials. She was finally charged with espionage. In April 2009, she was sentenced to eight years, after spending more than three months in the notorious Evin Prison.

Following international pressure on the government, she was released on May 11, 2009.

Days after her book release, Saberi spoke with IPS correspondent Omid Memarian about her time in prison and Iran’s human rights situation.

Q: What’s the story about? A: The book has three parts. Part one is called “Trapped” – it talks about my arrest, what I was doing in Iran before my arrest, and the intense interrogations I went through during the early days of my captivity. I discuss the types of questions I was asked, and describe some of the methods they used to pressure me to make a false confession about spying for the U.S.

I later learned that the methods they used with me, including locking prisoners up in solitary confinement without any access to legal counsel or their families, as well as a combination of intimidation and manipulation, are called “white torture”, which does not leave a mark on the body but devastates the mind and conscience.

Part two is called “Angels in Evin”, and in it I talk about how I was transferred from solitary confinement to another cell, where I met other political prisoners. Part three is about my trial, getting sentenced to eight years, my appellate trial, and then my release.

Q: What parts of Iranian society are reflected in your book? A: I tried to describe many aspects of Iranian society, partly through the stories of my cellmates. I described the situation of minority religions (specifically the Baha’i faith) in Iran. Through my cellmate who was a university student, I described student activism in Iran and the potential costs that activists could face for their activities. And through another prisoner, I touched on the various views that many ordinary Iranians have toward religion and politicised religion.

Q: Has your experience in prison changed your mind or perceptions about Iran? A: Yes. Before I was imprisoned, I did not think much about justice, human rights or freedom. Although I had reported on or written about these issues, I had tried to do so as objectively as possible – in other words, I didn’t take sides. But when I was deprived of my freedom and faced with injustices I began to better understand what it means to have ones basic rights violated and what it feels like to be deprived of freedoms.

Q: Why did they arrest you after six years? A: I am still not certain about why they arrested me, although I believe they knew I was not a spy. They only pretended to think so, in order to pressure me into making a false confession about using my book as a cover to spy for America.

Q: Would it have made a difference if you were arrested prior to Ahmadinejad coming to power in 2005? A: I’m not sure I would have been arrested during Khatami’s period, although there were many political prisoners at that time too.

It seems that Iran’s hardliners have gained more power since [Mahmoud] Ahmadinejad’s presidency and have intensified the regime’s “security approach” to society, which means they see very ordinary people – students, activists, humanitarian workers, scholars, journalists, dual-nationals, etc. – as threats to their security, threats that must be confronted through security measures such as harassment, intimidation, and imprisonment.

Q: How will your story help people learn more about Iran and Iranians? A: What happened to me in Evin Prison last year is a pattern for nearly every political prisoner or prisoners of conscience in Iran, from detention to trial.

The system is unjust and unfair: interrogations without a lawyer, being prohibited from telling your loved ones your whereabouts, being falsely accused of fabricated crimes, being pressured to make false statements and confessions, being barred from getting the lawyer of your choice, being tried in a closed trial in which you are prohibited from cross-examining the “witness” and studying the so-called evidence… the list goes on.

I hope that through my story and the story of my cellmates, people can see that so many innocent people are behind bars in Iran while the real criminals are in power.