Q&A: Can Democracy Survive the “Oil Curse” in Africa?

CAPE TOWN, May 20 2010 (IPS) - Africa’s economic boom, driven by oil, has undermined the idea that democracy is a prerequisite for economic development on the continent. 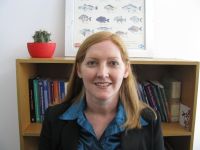 Kathryn Sturman: Empowered citizens are needed for substantial democracy where questions can be asked of powerful multinational companies. Credit:

This is the opinion of Dr Kathryn Sturman, speaking on the topic of whether oil and democracy mix following burgeoning oil and mining development in Africa between 2002 and 2008.

Sturman is head of the programme on governance of Africa’s resources at the South African Institute of International Affairs. The institute is a nongovernmental research organisation focussing on South African and African international relations.

An edited version of IPS’s interview with her follows.

Q: Describe the African “wave of democratisation”. A: In the early 1990s, reforms that are seen as those of classical liberal democracy were introduced in a remarkable number of countries across Africa. Most significantly, many countries undertook to place limits on presidential terms of office.

Q: What has been the effect of the oil boom on democratisation? A: Although there are certainly more limited, procedural democracies now in Africa than there were in 1990, we have seen reversals to the wave of democratisation. Firstly, military coup attempts have continued in Africa, and the places where coups have taken place recently are places with natural resource wealth.

Secondly, 12 countries in the last 10 years have succeeded in amending their constitutions to do away with those limits on presidential terms of office. Not all of them are resource-rich countries but Cameroon is a very significant oil producer, Gabon is one of the old oil-producers, and Chad is a new oil producer.

In Uganda — although this was before they discovered their oil wealth — President Yoweri Museveni succeeded in getting an extension of his term of office.

Thirdly, conflicts around resources have taken place in the two biggest countries, Sudan and the DR Congo. That has certainly undermined the peace process in Sudan.

Q: What does this mean for the theory that democratisation is needed for development? A: There are exceptions, and one can’t say emphatically that the oil boom is the only factor undermining democracy.

But what the (oil) boom has done is to undermine that idea that democracy is a prerequisite for economic development in Africa. That liberal argument simply has been proven untrue, if you look at which countries since 2002 have grown most rapidly.

One of the worst human rights records before and after oil was discovered has been in Equatorial Guinea. But it has been the fastest-growing economy not only in Africa, but in the world. Since 2002 it has grown at an average (rate) of over 20 percent per year.

If anything, since the end of the war in 2002, Angola’s ruling party, the MPLA, and President Eduardo Dos Santos have consolidated and strengthened their grip on power, and they have done so primarily through tremendous oil wealth.

Q: How does the situation differ in Uganda? A: When you compare it to Cameroon, Gabon, Republic of the Congo and Angola, Uganda has been relatively open.

It differs in the sense that the oil was discovered after governance improvements had been made, in the 1980s and 1990s, and that the strength of democratic institutions – a free press, a strong civil society – is what would allow the citizens of that country to really benefit from their oil revenues.

Q: In what way does Ghana also have “a chance to get it right”? A: Ghana is in a better position in terms of democracy than Uganda is. Ghana has recently had a second free and fair election in which there was a change of political parties in power.

It has a very robust civil society and a robust media, (although) its parliament is a bit weak. They haven’t managed to pass a national oil policy or legislation to govern the contracts, and oil production is starting this year.

Q: Can democracy co-exist with oil production? A: I think so. Simply because these countries are in Africa, doesn’t doom them to a certain fate.

I think poverty is a problem; you have to have empowered citizens to really have a substantial democracy where you can ask questions of very powerful multinational oil companies. When people are living in extreme poverty, they are not empowered, even if they have a vote.

It’s not just democracy that will help countries to avoid the oil “curse” (that resource wealth undermines democracy), but certainly transparency is the place to start.

Our economic growth figures are very impressive. But if you look at human development indicators, there is still tremendous poverty. The key is to be able to put pressure on the governments to spend those revenues in the right way for development for everybody.

Q: Where does this leave those low income nations of Africa who have no oil or mineral resources? A: We can say Africa has turned itself around economically from this oil boom, but the economic growth is led by a few oil-producing countries. There are 15 net oil exporters in Africa, but there are 38 countries who are net importers of oil. They are energy insecure in many ways.

They haven’t benefited from this growth. The way in which they can benefit is to encourage regional integration and trade and investment within Africa.