GENEVA, Jun 21 2010 (IPS) - Sanitary and phyto-sanitary measures are a headache for African fish exporters but aid for trade may help small-scale fisherpersons to meet these standards. 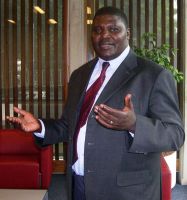 Fish products from African, Caribbean and Pacific countries increasingly face quality-related standards and requirements such as the traceability of fish, according to Yann Yvergniaux from the Coalition for Fair Fisheries Arrangements (CFFA).

“The way out is to ensure that maximum value is added. ‘Fish less, earn more’ is the slogan with which to obtain socio-economic benefits,” he adds. CFFA is a Brussels-based nongovernmental organisation (NGO) working on reforming the EU’s common fisheries policy. The EU possesses the world’s largest market for fish.

The executive secretary of the Lake Victoria Fisheries Organisation (LVFO), Dick Nyeko, believes it is possible to add more value to fish products from Africa. The LVFO is an intergovernmental organisation that manages the shared fisheries resources of Lake Victoria.

Lake Victoria, the largest lake in Africa, is shared by Kenya, Uganda and Tanzania. The lake’s fishing industry is worth 600 million dollars a year, of which 350 million dollars comes from exports. Fisheries provide the livelihood of two million people; the lake provides for the fish consumption of 22 million people.

Nyeko argues that, “small-scale fisherpersons can participate in the globalised world if they address international market requirements such as labelling and sanitary and phyto-sanitary measures. Most developing countries are still busy fighting these measures. But if you get there first and work hard, you can meet the requirements.”

Nyeko was the head of Uganda’s authority tasked with the safety of fisheries export products during the ban on Nile perch imposed by the EU at the end of the 1990s. He spoke about his experience in Geneva on Jun 16 as a guest of the International Centre for Trade and Sustainable Development, an NGO working, among others, on fisheries and aid for trade.

Uganda suffered heavily under two EU bans: the first, in 1997, followed the claimed detection of salmonella in fish products from Lake Victoria and the outbreak of cholera in East Africa.

This ban, which was lifted in 1998, was not based on scientific evidence but rather on what the EU referred to as “insufficient measures applied by the competent authority to control the outbreak of cholera”.

The second and longest ban was imposed in Apr 1999 after Uganda notified the EU that it could not guarantee the safety of fish.

This ban was officially lifted in Aug 2000 when the EU recognised that Uganda had put in place the required guarantees for the safety of its exports and had qualified for certification to export fish to the EU.

Non-trade barriers are regarded as one of the main obstacles for African countries’ exports. Among these, sanitary requirements are among the hardest to overcome. The World Trade Organisation’s agreement on sanitary and phyto-sanitary measures (SPS) allows states to put in place standards to ensure the safety of their human, animal and plant life and health.

WTO members are to apply sanitary or phyto-sanitary measures “only to the extent necessary to protect human, animal or plant life or health”. The measures must be “based on scientific principles” and must not serve as a disguised restriction on international trade.

The SPS agreement foresees special and differential provisions to help developing countries adapt to the regulations.

Nyeko argues that “the SPS agreement has been misused. When the ban on the Nile perch was put in place in 1999, it was supposed to be temporary but who had to bear the burden of proof? The states in East Africa.”

However, with the assistance of donors and hard work Uganda was able to turn the situation around. While the equipment may be different to that used in rich countries it does not mean that poor countries cannot comply. Nyeko explains: “We have canoes — not at the level of big vessels, but with the same standard of hygiene.

“These canoes are easy to clean and they can carry ice. I don’t buy it when some developing countries claim that they cannot comply with international standards. Uganda, Kenya and Tanzania have developed laboratories, both private and public, and they can meet the requirements of certification and export internationally.”

Apart from Uganda and Kenya, Mauritius is another one of the members of the Common Market for East and Southern Africa (COMESA) that have harmonised their rules to export internationally.

“Whether you are small or big, you want to move up the value chain,” states Tanya Prayag-Gujadhur, second secretary at the permanent mission of Mauritius in Geneva. Mauritius has pushed for aid for trade not only for infrastructure but to meet the high standards imposed on the fisheries sector.

“We are a small country. If we want to diversify, we can only invest in processing and refrigerating. And that is where aid for trade comes in.”