Q&A: China Pays a Price for the ‘Lost’ Girls

LONDON, Jun 4 2010 (IPS) - In a country like China, that regularly exorcises the ghosts of the past, few understand the importance of oral history better than Chinese writer Xinran. 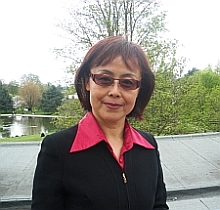 A former journalist, who in the late 1980s worked for a secretive propaganda broadcasting station operated by the government to counter western media’s infiltration into China, Xinran had access to stories that communist leaders prefer reading only in internally-circulated bulletins.

As a woman Xinran was also privy to personal narratives passed from mothers to daughters down generations in a male-dominated Confucian culture.

Now a firmly established overseas Chinese writer living in Britain, Xinran avoids descriptions of herself as a dissident intellectual. But her books cannot be published in China as they delve into accounts of personal pain that are routinely excised out of Chinese media and, defying political and social taboos, dare to thrust individuals against the powerful state machinery.

Antoaneta Becker caught up with Xinran during a promotion tour of her latest book, ‘Message from an Unknown Chinese Mother’, which compiles stories of women who lost daughters to infanticide or abandonment.

Q: In your new book you seem to blame traditional Confucian culture with its “son preference” for many Chinese families’ decisions to kill or abandon their daughters. What about the ‘one-child’ policy that has been in place for 30 years? Doesn’t this account for the deaths of many girls and for the fact that more than 120,000 Chinese orphans, almost all of them girls, have been adopted worldwide? A: Many foreigners believe that the ‘one-child policy’ is to blame but this is only part of the problem. Chinese rural culture is a silent culture, a culture of little talk and a lot of action. It is very difficult to understand what is going on beyond the surface of movements. I once intervened on behalf of a peasant woman who had been kept almost as a sex slave by her husband and abused because she could not produce a son. That same night the girl’s mother laced my food with rat poison. When questioned by the police she raged at me for being an ignorant “woman from the city” and for ruining her daughter’s chances to produce an heir. There are ingrained beliefs among Chinese peasants that a “good” woman must give birth to a boy or she will have no future.

Q: When 21 baby bodies and foetuses were discovered dumped in a river on the outskirts of the city of Jining in east China recently the official media pointed a finger at “outdated practices” from the past when so many babies were dying at birth that no one would have thought of burying the dead bodies. Do you agree? A: Absolutely not. I followed the story and did some investigation myself. All the dead babies had hospital tabs on their feet and came from the same Jining hospital. They were dumped either because they were born deformed or because they were born in violation of the ‘one-child policy’. In the cities of eastern China the enforcement of the policy is draconian.

Q: Has this family planning experiment worked nationwide? A: The opposition to it has never died. Although the policy was adopted by the Communist Party in 1979, it was made into law only in 2001. You can see that for years the ‘one-child’ restrictions have been enforced without the backing of the parliament. Implementation has been uneven too. In recent years there has been a lot of corruption and those who have the means have managed to circumvent the rules.

Q: We all talk about China’s gender imbalance and the thousands of “bare branches”, or bachelors who are unable to find brides as an unwitting consequence of the ‘one-child policy’. But what about the national psyche? Has it suffered too? A: The quality of family has deteriorated. Young people born as single children are too pampered and sheltered. They have no sense of responsibility or maturity and their lives are moulded from a very early age. As single children they must fulfill all family ambitions and they are made to excel at studies and learn to be very competitive. But they have no freedom to reflect on many things or disobey. They are also poor at making decisions and handling difficulties. I worry about the young people of China.

Q: Reading through all the stories of loss and death in your books one does wonder how you manage to cope with the burden of being the keeper of these oral accounts? A: I was so depressed in China. I had to leave. I have my nightmares here too. But writing those stories has been the only way to share my feelings.