Q&A: ‘We’ll be Back – With Bigger Flotillas’

RAMALLAH, Jun 8 2010 (IPS) - In an exclusive interview with IPS Huwaida Arraf, the chairwoman of the Free Gaza (FG) movement, which tried to break Israel’s crippling blockade on Gaza, explains what happened on the night of May 31 when Israeli commandos raided the FG humanitarian flotilla, shooting nine people dead and injuring dozens more. 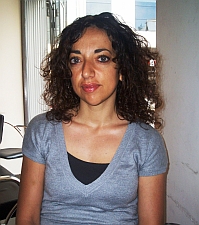 Controversy surrounds the events following the deadly commando raid with survivors from among the 700 activists on board the flotilla giving a very different version of events from that of the Israeli government.

Q: Critics have accused FG of deliberately provoking a confrontation with the Israelis and argued that the attempt to break the siege was political and not just a humanitarian relief operation. A: They are correct to say that FG’s aim was more than just bringing humanitarian relief. We are deeply disturbed by Israel’s deliberate and calculated creation of a humanitarian crisis in the coastal territory and we intended to draw international attention to this.

We are not interested in simply perpetuating the siege and the humanitarian crisis by bringing in aid alone. Gazans are not interested in being aid dependent either. Eighty percent of Gaza’s population is dependent on food aid. This is not the result of a natural disaster but a deliberate and cruel Israeli policy. We are concerned that the human rights of Gazans be respected and they are allowed to live a normal life as human beings.

Q: Did the activists provoke the Israeli commandos into using deadly force? A: This is nonsense. We went out of our way to inform the Israelis that we were an unarmed civilian boat delivering aid, that we presented no threat to them and there was no need to board our vessels. We explained repeatedly who we were and what our mission was. Our boats were checked by different security at the various ports of departure and we also hired independent security personnel to verify that we were arms-free.

We were attacked in international waters, in the middle of the night when most people were asleep. The Israelis used a highly-trained naval force, not the coastguard, against unarmed civilians.

Q: But videos show activists beating Israeli navy seals with bars. A: Let’s not forget the Israelis confiscated all equipment from the media and released selective video footage so as to try and justify their extreme violence.

Furthermore, this was the response of a small number of individuals out of nearly 700 people. The FG organisers specifically held workshops for passengers prior to departure to explain how to respond in a non-violent way to an attack on the boat. However, the Israelis attacked first by shooting even before the commandos had boarded.

When such unjustified violence is used against a civilian vessel, in international waters, which poses no threat to Israel’s security it is not always possible to control the response of some people who are scared, angry and who may wish to defend themselves.

Q: You were not on board the ‘Mavi Marmara’ where the violence took place. How do you know the Israelis attacked first? A: I was on board ‘Challenger One’ which was sailing right next to ‘Mavi Marmara’. I saw the Israeli dinghies surrounding the ‘Mavi Marmara’. I heard the explosions as they started shooting. They were unable to board because activists trained hoses on them. This was before the helicopters arrived and the navy seals succeeded in boarding. It was after this that people were shot dead.

Q: Reports are coming out that a number of the dead were shot several times in the head from above. A: I’ve heard this too from eye-witness accounts but am awaiting further information.

Q: Activists have also claimed that during the first few hours after the assault the dying and seriously injured were deliberately denied medical treatment. A: This is true.

Q: The Israelis state that violence was only used against the passengers on the ‘Mavi Marmara’ who resisted. Do you agree with this? A: This is a lie. The Israelis used excessive force and violence on all the boats even when no resistance was offered. Journalists were attacked, some activists were beaten so badly that they needed to be hospitalised when they arrived in Ashdod.

An Israeli commando stood on my head with his boot and ground my head into the deck until I screamed. I was handcuffed and a hood was put over my head. Later on in Ashkelon I was hit through the face by a policeman, elbowed in the jaw and dragged by my hair when I refused to get into a police car.

Q: The Israelis claim that some on board were ‘terrorists’ and had ties to ‘terrorist’ organisations including al-Qaida and Hamas. What is your response? A: This is part of their propaganda and an attempt to discredit FG. They can’t de-legitimise the hundreds on board, who included European Union parliamentarians, international journalists and ordinary citizens from over 40 countries as ‘Jihadists’, so they focused on a few individuals. I don’t know all of the activists personally so I don’t know what their political views are but the FG is not connected to any political organisation.

The Turkish charity Isani Yardim Vakfi or IHH which helped organise the flotilla, and had volunteers on board, provides humanitarian aid all over the world. It has an office in Gaza and probably has to deal with the Hamas authorities there as they are in charge. So do all the other international NGOs including the Red Cross and the U.N. It is just a fact of life in Gaza. There is no military association.

Q: The Israelis distributed doctored videos which they confiscated from journalists on board, as well as an edited audio tape which they later retracted and corrected. In the audio an ‘activist’ is alleged to tell the Israelis, amongst other slurs, “to go back to Auschwitz.” What are your comments? A: I was near the VHF radio the entire time the captains communicated with the Israelis. The captains were the only people who spoke with the Israelis apart from myself. They spoke in a professional manner and I can confirm none of those slurs were made. The so-called ‘activist’ who made the alleged slurs spoke in a phony American accent from the south. We had no Americans on board from the south. They also said I was on board the ‘Mavi Marmara’ but I was on the ‘Challenger One’.

Furthermore, the Israelis were forced to retract and correct the original tape. A new one was released five days later but there are still discrepancies.

Q: Do you believe that despite the bloodshed and loss of life that the FG campaign has helped highlight the humanitarian situation in Gaza? A: I believe increased international attention has been drawn to Israel’s inhumane siege of Gaza and that there will be more pressure on Israel to ease the blockade. This is part of an overall snowball effect to Israel’s occupation of the Palestinian territories in general following campaigning by grassroots activists. This in turn has led to political involvement on an international and diplomatic level.

Q: The Israelis possibly hoped that the extreme force they used would prevent future FG boats trying to reach Gaza. Have they succeeded? A: Quite the opposite actually. We have been inundated with people from all over the world, from various organisations, wanting to participate in future flotillas. People everywhere are outraged by Israel’s behaviour.

Q: What are the future plans of GF? A: More boats and bigger flotillas until we break the siege on Gaza completely. We will be back.