BOSTON, Jun 21 2010 (IPS) - A crisis of foreclosures is twisting through neighbourhood after neighbourhood here, separating thousands of U.S. families from their homes each day and further unraveling the social fabric of low-income communities. 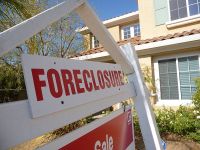 Wall Street is well on its way toward recovering from its near-collapse almost two years ago, but thousands of U.S. properties sit abandoned and boarded up that were once homes where families lived.

Government programmes that are supposed to help families in foreclosure are not working, watchdogs say. In fact, the foreclosure crisis may be worsening.

Because of bad loans, falling housing prices, a 9.7 percent average nationwide unemployment rate and high family debt, more than six million families were 60 or more days delinquent on their home loans as of February 2010, according to the Congressional Oversight Panel, a group appointed by the U.S. Senate to track Treasury Department programmes.

The problematic loan the Taylors received is similar to mortgages taken out by many other families in the past few years that feature a low "teaser" interest rate that then climbs steeply to a point that is unaffordable. These mortgages total more than one trillion dollars and all are scheduled to "reset" to a higher interest rate during the next few years, according to an April report by the Congressional Oversight Panel.

A high number of foreclosures will hit in the final months of 2010.

Coupled with falling home prices, many of these families will owe more on the loans than their homes are worth - and will default.

In fact, one in four U.S. homeowners nationwide will soon owe much more on their mortgages than their house is worth, according to the COP panel.

Foreclosures will surely remain high during the next few years, the panel says, especially in the hardest hit cities. These cities include: Las Vegas, where one in every 28 homes was foreclosed during the first three months of this year; Modesto, Riverside and Stockton, California.; Fort Myers, Florida; and Phoenix, Arizona, where one in 38 homes was foreclosed, according to RealtyTrac.

The Treasury Department's programmes, including the 50-billion-dollar Homeowner Affordable Modification Programme, is supposed to encourage banks to re-negotiate more favourable loan terms with homeowners facing foreclosure, but "continue to lag well behind the pace of the crisis", the COP panel says.

As of February 2010, only 168,708 homeowners had received five-year loan modifications, not even close to the Treasury's goal of reaching three to four million families, says panel member Richard H. Nieman.

The modifications that are achieved do not go far enough, he said. Treasury is neglecting to consider a family's overall debt, which in today's economic climate is very high.

When a loan is modified, it is brought down to no more than 31 percent of a household's income. But this may be too high, Nieman said, and a reason why families later default.

"The typical post- modification borrower pays about 59 percent of his total income on debt service, including payments on first and second mortgages, credit cards, car loans, student loans, and other obligations," he said.


“Foreclosure prevention is not just the right thing do for suffering Americans, but it is the lynchpin around which all other efforts to achieve financial stability revolve. We cannot solve the financial crisis without dealing with the root of the problem: the millions of American families who are at risk of losing their homes to foreclosure,” panel member Richard H. Nieman, superintendent of banks for the State of New York, told a Senate Appropriations panel recently.

“More ominously, 2010 is on pace to be even worse,” Puvalowski said.

More than 932,000 foreclosure filings were made through April of this year, on top of 2.8 million in 2009, according to RealtyTrac, a commercial marketer of foreclosed homes. The first quarter of 2010 saw a 16 percent increase in foreclosures compared to the same time in 2009, records show.

City Life and its supporters engage in direct civil disobedience, protesting at bank headquarters in Boston and peaceably facing off with police who arrive at a home to evict a family due to foreclosure, by linking arms and preventing the police from entering the house.

“The stakes for the families are very high. When you do an eviction blockade, you have 15 police and the constable, and protesters sitting in the doorway. It’s very emotional, whether you win or lose,” Meacham said.

The group’s actions have unexpectedly grown into a grassroots movement that is strengthening the low-income, Dorchester section of Boston, Meacham said.

“Many people who’ve never done activism come out and do civil disobedience,” he said.

The highly questionable, predatory refinancing loans with unfair terms and high interest rates were aimed at African American and Latino homeowners. More than 80 percent of those at City Life’s meetings are people of colour. The growing activism around evictions can be likened to the anti-segregation protests of the 1960s, Meacham said.

“More than anything I’ve ever been involved in, the growth of the movement and solidarity is just a remarkable, remarkable thing. It’s been created in the midst of tragedy,” Meacham said.

The foreclosures are due to very high interest predatory loans and falling house values, and also job loss, illness or divorce, Meacham said. The banks evict families and the homes often sit empty and boarded up, a loss to the bank and the entire community.

“The untold story is that a whole lot of people who have lost homes can afford to stay where they are,” if the banks were more reasonable, he said. Many families can afford to pay market-rate rent to the bank, or buy the house back at what it’s really worth today, not the higher values of four years ago, he said.

Tisa Taylor knows about foreclosure. She and her father, Zepheniah, bought a three-family house in Dorchester in 1999. She and her two children live in one apartment, her father in the other, and they rent out the third floor. Everything was fine until 2006, when the interest rate on a refinancing loan the family had borrowed two years earlier suddenly began to climb.

“It was supposed to be a 30-year fixed mortgage but payments went from 2,100 dollars a month to 3,500 dollars. We were tricked,” Taylor told IPS. The loan holder, Ameriquest, refused to negotiate, she said.

“They took us to court in 2007 and said we had to move out. It was horrible,” she said. Zephaniah, who came to the U.S. from Jamaica 30 years ago and worked steadily to buy a home, had a stroke because of the stress. “He gave us everything,” she said.

After a long court battle and help from City Life, the family is back in their home today, and Tisa is a loyal City Life advocate. She joins eviction and foreclosure protests in her neighbourhood. “Anything they ask me, I do,” she said.

The NAACP has sued 14 of the nation’s largest financial institutions, including JPMorgan Chase, Citibank and HSBC, over allegations of unfair lending practices that targeted people of colour specifically.

The foreclosure crisis is also leaving behind hundreds of thousands of abandoned residential and commercial properties in U.S. cities. An annual survey of the U.S. Conference of Mayors found the number of abandoned properties increased 33 percent over last year in the 77 cities surveyed.

The properties are a financial strain on the cities, which have seen revenues drop in the economic downturn, U.S. Conference of Mayors CEO Tom Cochran said.

The properties “represent increased demands for services to maintain them physically, to secure them, to rehabilitate them as needed, to get them into the hands of new owners, or to dispose of them in other ways”, Cochran said.