RIO DE JANEIRO, Sep 17 2010 (IPS) - With Brazil’s elections only about a fortnight away, there is already a clear winner: “developmentalism.” This position espoused by the two main presidential candidates has relegated pressing environmental issues to a lowly place on the campaign agenda, in spite of the fact that the third contender represents the Green Party (PV). 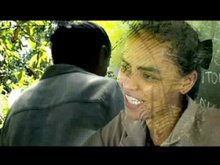 In the first two television debates, environmental issues were sidelined by Dilma Rousseff of the governing Workers’ Party (PT), who has 53 percent support in the polls, and her main rival José Serra of the Brazilian Social Democratic Party (PSDB), who has ratings of 23 percent.

Marina Silva, the PV candidate, who has made the environment and sustainable development the key planks of her campaign platform, has been powerless to change this. The former environment minister (2003-2008) in the government of President Luiz Inácio Lula da Silva (no relation) has managed to scrape together nine percent of voter intentions.

The campaign is now in the final stretch to the Oct. 3 ballot. If Rousseff, tipped to win in the first round, fails to garner over 50 percent of the vote, a runoff will be held between the two leading candidates on Oct. 31.

“Rousseff and Serra were moulded by the ideas of developmentalism and industrialisation, that’s why environmental issues do not figure prominently in their campaigns,” Claudio Roberto Gurgel, a political scientist, economist and professor of administration at the Fluminense Federal University, told IPS.

Under Lula, in office since 2003, “developmentalism” has been based on public investment in key infrastructure projects through the Accelerated Growth Programme (PAC), and the use of the state development bank to finance private capital in strategic sectors.

William Gonçalves, chair of the international relations department at Rio de Janeiro State University, described the developmentalism espoused by Serra as “liberal and pro-privatisation,” and Rousseff’s as “clearly statist.”

Gurgel stressed that, as energy minister first and later as Lula’s chief of staff, Rousseff “was one of the foremost promotors of investment in infrastructure.”

“Dilma,” as she is popularly known, “was the main driving force behind the PAC, which has as its priorities investment in housing, transport, energy and water resources,” he said.

An expanded follow-up programme, PAC 2, is being planned, with a forecast budget of 564 billion dollars.

In the view of Aspasia Camargo, who is standing as a PV candidate for the state legislature of Rio de Janeiro, Silva has been unable to put the environment on the campaign agenda because “Serra and Dilma have refused to discuss it.”

Camargo told IPS that the media have colluded with the PT and PSDB candidates’ “pact of silence” about the environment; for instance, “no questions about it were asked” during the televised debates, she said.

“In Brazil’s political tradition, problems like deforestation and pollution are criticised after a government has taken office, rather than during the campaign,” she said.

“Both Rousseff and Serra share the industrialising vision of the 1950s,” Camargo said, which is why “they regard investing in nuclear and hydroelectric power plants, instead of clean energy sources, as progress.”

According to Gurgel, the PV candidate has not won more support because “she didn’t hit the right note with her campaign.” “Silva comes across as ideologically ill-defined; no one is quite sure if she is pro-government or opposition,” he said.

Gurgel said that if Silva had chosen to take a definite stance as a government opponent, she would have had to clash openly with Lula, whose approval ratings both personally and as president stand at an impressive 80 percent in this country of over 190 million people.

Also, he said, Silva can’t ignore the fact that for five years she was a minister in Lula’s government, until she stepped down because of open disagreements over the postponement or relegation of environmental programmes.

Gonçalves, the academic, agreed that Silva’s candidacy was “undefined.” “Silva appeals to a sector of the electorate that behaves like a pressure group,” he said. “Anyone in favour of protecting the environment would have their support, and the backing of their party.”

Adriana Ramos, executive secretary of the Socio-Environmental Institute (ISA), said there were no differences between the programmes and proposals of the PT and PSDB “from the environmental point of view.”

She said Silva’s candidacy brought environmental issues into the electoral debate on public policies “to a certain extent.” But, like Camargo, she criticised the press for “ignoring the issue when political platforms are debated.”

However, she complained that a bill to flexibilise the Forestry Code, being debated in Congress, is a step backwards. The rural caucus, lawmakers representing the interests of large landowners, is exerting pressure to relax measures to preserve the environment, for the benefit of agribusiness.

The agriculture and livestock sectors in Brazil are those that have, in fact, seen the most growth over the first half of this year.

Figures from the National Institute of Geography and Statistics indicate that the contribution of agribusiness to GDP for January to June 2010 was 30 billion dollars, out of a total 508 billion dollars.

Brazil is the world’s largest exporter of beef, and one of the largest exporters of grains. The growth of its agroexports is based on intensive monoculture farming methods and large-scale cattle raising.

This model “illustrates how PSDB and PT governments” would envision rural development, to the detriment of “sustainable agriculture” and environmental protection, Camargo warned.

“Our candidate is the only one who advocates investing heavily in biofuels, like ethanol from sugarcane, and producing them in a sustainable manner,” said the PV state congressional candidate.

But Gurgel said Silva “does not have a clear position” on biofuels, because to produce them “will require the participation of agribusiness,” a link which could damage her support base among environmentalists.