BUENOS AIRES, Oct 22 2010 (IPS) - Poor indigenous and peasant farmers who have developed initiatives to gain access to land have been invited to take part in a global competition that will award prizes for innovative, effective approaches to the struggle for property rights. 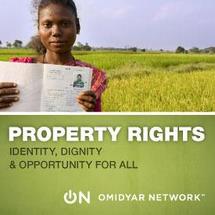 “Land is one of the greatest assets of the world’s poor,” say the competition organisers, the U.S. group Ashoka Changemakers, partnered by Omidyar Network which is providing 150,000 dollars worth of prizes.

“Secure rights to land can provide life-altering benefits to the poor, including economic opportunity, enhanced identity, and personal dignity,” says the competition invitation. The deadline for applications or nominations is Nov. 3.

The contest, “Property Rights: Identity, Dignity and Opportunity for All”, will award 50,000-dollar prizes to the three best land access initiatives, judged for the significance of their contribution to property rights in local communities.

Ashoka is a global online community of social entrepreneurs that works to support “changemakers” in civil society and to highlight urgent social problems.

Omidyar Network (ON) is a philanthropic investment firm established by Pierre Omidyar, the founder of eBay, a global online marketplace. The goal of ON is to improve the quality of people’s lives by financing innovative organisations that enhance social and economic development in local communities.

The competition is open to individuals and organisations that work to provide land to the landless, help formalise and document ownership, improve property rights, and work on legal education to help people understand and benefit from the laws that protect their assets, the guidelines say.

Thousands of environmental, social and religious organisations and their experts work in this field, to legalise the right of native peoples to their ancestral lands or to foster the development of small farmers through secure property titles.

Since the competition opened in August, the Washington-based organisers have received more than 50 practical ideas, mostly from Asia and Africa. Only six proposals, so far, are from Latin America: four projects in Brazil, one in Colombia and one in Nicaragua.

One of the proposals is from Catalytic Communities (CatComm), a Rio de Janeiro-based non-governmental organisation. It involves raising awareness among people living in the city’s “favelas” or shanty towns about their housing and property rights, in the expectation of possible displacements and evictions when the 2016 Olympic Games are held in this Brazilian city.

Agros International, an organisation active in Mexico and Central America, presented its initiative in defence of small farmers’ land rights in Nicaragua, aimed at breaking the vicious circle of rural poverty in the country.

No nominations have been submitted from Argentina, although hundreds of people and groups work on these issues. Roxana Silva, a lawyer with the National Indigenous Pastoral Team (ENDEPA), is well aware of the challenges involved in supporting the land claims of the poorest.

Silva has been the target of all kinds of threats and intimidation because of her legal defence of the Pilagá indigenous people who live in the northeastern province of Formosa. The land rights of this community were officially recognised, but that has proved insufficient.

“The formal property titles obtained by the Pilagá clearly do not guarantee their right to use the land,” Silva told IPS. The indigenous group’s lack of visibility made it possible for the state to go ahead with infrastructure works that harm their environment and way of life.

Victoria Emanuelli, the coordinator of Buenos Aires-based Changemakers Latin America, told IPS why, in her view, the region must not fail to submit its proposals to the contest.

As the Latin America coordinator of the competition, she said the aim was not only to identify the problems of property rights among native peoples, but also among small farmers in Colombia who have been displaced by the armed conflict, and among landless rural workers in Brazil.

“We are seeking to heighten the visibility of organisations working on property rights that have gone unrecognised so far, but we also want to identify successful models of legal advice and support for communities about their land rights,” she said.

A report published this year by the Economic Commission for Latin America and the Caribbean (ECLAC) indicates that there are 30 million indigenous people, belonging to 671 ethnic groups, in this region. Many of them face problems over land ownership rights.

Furthermore, millions of small farmers have been squeezed off their land by the expansion of monoculture farming on large estates. They have limited access to land, credit and farming equipment, and many are displaced from their homes by armed conflicts.

Ensuring effective land rights is one of the hardest tasks facing democracies in the 21st century, in the context of globalisation and the pressure to control territories and exploit natural resources, the report by the regional United Nations agency says.

Competition entries by individuals or organisations will be assessed for innovation and the potential for large-scale positive impact. According to the evaluation criteria, the property rights projects should be beyond the conceptual or research stage, and should have demonstrated real success, even on a small scale.

Finally, an expert panel of judges will select three winners from among the proposals receiving the highest public approval.

The competition judges include ON director Matt Bannick; Elinor Ostrom, winner of the 2009 Nobel Prize for Economic Sciences for her analysis of economic governance of community resources; and Amrita Patel, chairman of the National Dairy Development Board of India.

Matthew Bishop of the U.K. newspaper The Economist, and Hernando de Soto, president of the Institute for Liberty and Democracy in Peru, are also members of the panel.