Sharks Make It Through the Net, Bluefin Tuna Don’t

PARIS, Nov 29 2010 (IPS) - Governments have moved to ban the commercial fishing of at least two species of endangered sharks, but the Atlantic bluefin tuna received little protection at the end of a ten-day intergovernmental meeting here. 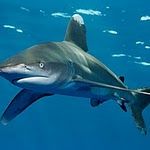 Greenpeace and other environment groups slammed the International Commission for the Conservation of Atlantic Tunas (ICCAT) for not taking the necessary action to protect the bluefin, a victim of overfishing.

“We would like to suggest that ICCAT take ‘conservation’ out of its name because they’ve shown that they are not capable of managing tuna stocks in a sustainable way,” he told IPS at the end of the closed-door meetings at the conference, from which activists and the media were barred.

Environmentalists had called on ICCAT’s 48 members to suspend industrial fishing of the eastern Atlantic bluefin until sustainable measures were in place and the species showed signs of recovery.

Alternatively, they had hoped to see a reduction in annual fishing quotas from the current 13,500 tonnes to 6,000.

ICCAT decided on a slight reduction, to 12,900 tonnes for the year 2011. This figure gives the fish about a two-thirds chance of recovery, according to the Commission, but others say it is not enough to halt the decline in bluefin stocks, which have plunged by 80 percent since 1970.

“Would you get in an airplane or car if you were told that it had a 30 percent chance of crashing?” Knowles asked.

The “nominal decrease” in quotas, means that the fish species will “endure another season of destructive fishing” and that previously agreed targets for recovery will be missed, Knowles said.

Dr. Susan Lieberman, director of international policy for the Washington- based Pew Environment Group, told IPS that the new quotas were “not good enough” because of all the “cheating” that takes place in bluefin fishery.

“Despite the information based on sound science that shows how threatened these species are, and despite all the recent evidence of fraud, laundering and illegal fishing, Atlantic bluefin tuna once again were denied the protection they desperately need,” she said.

A recent report by the International Consortium for Investigative Journalists (ICIJ) said that illegal Bluefin fishing activities between 1998 and 2007 generated some 4 billion dollars for those involved.

Environment groups blamed the European Union and France, which hosted the meeting, for what they say is a failed policy. Last month, EU Commissioner for Maritime Affairs and Fisheries Maria Damanaki proposed cutting the Mediterranean quota of bluefin tuna to 6,000 tonnes, which would have given the species a greater chance of recovering by 2022, according to conservationists.

But the EU backtracked on this proposal, saying it was now taking into consideration the interests of the tuna fishermen.

“This year’s ICCAT meeting has produced results which represent a step in the right direction for sustainable management of bluefin tuna and other species,” Damanaki said in a statement. “This is important not just for ICCAT waters and stocks, but for fisheries management globally, and for the EU as a whole.”

She added that the new agreement had “allowed the EU to maintain its share in the fishery, which is good news for our fishermen and industry, and reflects the leading role the EU has played towards the recovery of this stock.”

French fishermen told local reporters that their livelihoods were at stake if reductions in quotas were made. During the meeting, France “pushed hard” to not have to pay back in quotas the amounts of tuna it has overfished in the past. However, ICCAT decided that the country had to pay back 1,500 tonnes per year over the next two years, according to Greenpeace.

“The decisions we have to take can sometimes be very hard for the fishing industry to accept,” Pierre Amilhat, head of the EU delegation, said at the start of the ICCAT meeting. “But I know that most fishermen understand that while conservation may cause hardship in the short term, it is in their long-term interests to support our work here.”

Environment groups said Japan also went back on promises it had made earlier this year to ensure bluefin protection at this ICCAT meeting. The Asian country imports around 80 percent of bluefin caught in the Mediterranean, and it had pledged in March to use the Paris meeting to show its commitment to conservation.

Japan’s delegation said the country had suspended products with “inconsistent information on catching, transferring, caging, harvesting and exporting”, as it tried to implement the Bluefin Catch Documentation Scheme.

“It was a painful task for the Japanese government officials to conduct this job,” the delegation said. “We cannot repeat this difficult exercise next year.”

On sharks, ICCAT adopted a proposal that bans retention of the oceanic whitetip species caught in longline fishing, where lines can stretch for a hundred miles and contain thousands of hooks that catch fish indiscriminately.

The decision means that these sharks, easily identifiable because of their distinctive white-tipped fins, have to be returned to the ocean when they’re caught. The same applies to six kinds of hammerhead sharks, except in subsistence fishing.

“It’s a good, positive step for conservation of these species,” said Matt Rand, director of global shark conservation for the Pew Environment Group. “But we still have a long way to go for dozens of other species.”

Conservationists say that millions of sharks are killed each year mainly for their fins, which are used in shark’s fin soup. Their numbers have already dropped by around 70 percent globally, according to some studies.