ROME, Dec 6 2010 (IPS) - Food production will have to increase by 70 percent to feed the expected world population of 9 billion by 2050, says a report released Monday by the International Fund for Agricultural Development (IFAD). Agricultural output in developing countries will have to double, the report says. 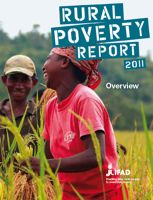 This will have to be done when rural poverty is still widespread across many developing countries. In sub-Saharan Africa, where nearly a third of the world’s extremely poor rural people live, the number of rural poor has risen from 268 million to 306 million over the past decade, says IFAD’s Rural Poverty Report 2011. The rate of extreme poverty in rural areas is highest here at 62 percent.

Rural poverty rates have dropped only slightly in the last decade in South Asia, home to the world’s largest number of rural poor, about 500 million. Most of them are considered extremely poor.

Volatile food prices, the effects of climate change, and a range of natural resource constraints will further complicate the fight to rural poverty, according to the report.

The report also points out that over the past ten years, 350 million rural people managed to escape desperate poverty, though global poverty remains a predominantly rural phenomenon. About 70 percent of the world’s 1.4 billion extremely poor people live in rural areas.

The report notes that over the past decade, extreme poverty in the rural areas of developing countries has dropped from 48 percent to 34 percent. The greatest improvement is in East Asia, particularly China.

The number of extreme poor in this region fell by about two-thirds over the past decade, from 365 million to 117 million, as did the rate of extreme poverty, from 44 to 15 percent.

The study points out that changes in agricultural markets are leading to new opportunities for smallholder farmers to boost productivity.

“Ongoing changes in agricultural markets offer new hope that major progress can be made in combating rural poverty,” Ed Heinemann, who led the team of researchers told IPS. “The rapid growth of urban centres, particularly in capital cities, and of urban populations’ incomes means a growing demand for higher value products, and opens the possibility to access to more remunerative market for smallholders.

“To push this positive process, governments, international institutions and donors should invest in rural areas and help rural farmers to improve their infrastructure and governance, and to reduce their transaction costs,” Heinemann said. “But these actors also need to have a mentoring role to help poor rural people avoid and manage the risks they face – from natural disasters to insecurity of access to land, and greater volatility of food prices.”

The report says the situation for women farmers – who produce most of the food that is consumed locally in rural areas – hasn’t changed much since its 2001 report.

– Women-owned businesses receive far fewer services and far less support than those owned by men. In Uganda, women’s enterprises face substantially higher barriers to entry, although those that exist are generally at least as productive and efficient in terms of value added per worker. In Guatemala, women hold only 3 percent of snow pea production contracts but contribute more than a-third of total field labour and virtually all processing labour.