Of Wikileaks, Whistleblowers and Whipping Boys 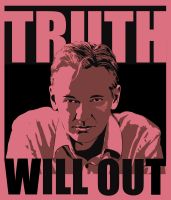 No, they’re not hacking MasterCard or Sarah Palin. Instead they’re speaking out in no uncertain terms. Their message: On balance, the staggered release by Wikileaks of some 250,000 diplomatic cables from U.S. embassies around the world is providing a valuable public service for which some believe Assange is being persecuted with trumped up sex charges.

These champions of transparency and enemies of government secrecy are the small but vocal community known as the human rights and press freedom constituencies.

Michael Ratner, president of the Center for Constitutional Rights, told IPS, “Wikileaks has played a critical role in giving the American people the truth about the lies the U.S. government has told about its wars, especially those in the Middle East and Central Asia.”

Regarding Assange’s arrest, he added, “Yes, the charges for which he is being investigated need to be investigated. Yet the irregularities in the proceeding are glaring. Why was the case dropped originally? Why was he allowed to leave Sweden?”

“Why was bail denied when he surrendered and his lawyers had let the police know he would do so when the warrant was served? Finally, is the hand of the U.S. the answer to these questions?” Ratner asked.

On Tuesday, State Department spokesman P.J. Crowley announced that the U.S. was considering criminally charging Assange for his role in releasing the diplomatic cables that have embarrassed Washington and many of its allies.

However, Hina Shamsi, director of the ACLU National Security Project, says she is deeply sceptical that prosecuting Wikileaks “would be constitutional, or a good idea”.

“If newspapers could be held criminally liable for publishing leaked information about government practices, we might never have found out about the CIA’s secret prisons or the government spying on innocent Americans,” she told IPS. “Prosecuting publishers of classified information threatens investigative journalism that is necessary to an informed public debate about government conduct, and that is an unthinkable outcome.”

Amnesty International staked out a similar position, noting that international human rights law permits states to invoke censorship only on narrow grounds such as national security or public order.

And even in cases where these criteria apply, “states do not have a blank cheque to keep information secret or to punish individuals for publishing it, simply by declaring the information to be ‘classified’ or declaring it necessary to restrict it as a matter of ‘national security’,” said the London-based group.

More substantively, it noted that one of the cables corroborates images Amnesty released earlier this year showing that the U.S. military carried out a missile strike in south Yemen in December 2009 that killed dozens of local civilians, including women and children.

“What we know, and what the Wikileaks cable confirms, is that Yemen clearly lied to its people and to the world, and the United States thereby avoided a response,” Tom Parker, Amnesty’s policy director for terrorism, counter-terrorism and human rights, told IPS.

Even some world leaders have weighed in on Assange’s case, with Russian Prime Minister Vladimir Putin calling his arrest “undemocratic” and Brazilian President Luiz Inacio Lula da Silva commenting that, “There is nothing, nothing for freedom of expression and against the imprisonment of this guy who was doing better work than many of the ambassadors.”

On Friday, Assange was moved to a segregation unit in Wandsworth Prison. He is due in court again on Tuesday.

Dinah PoKempner of Human Rights Watch says she “has no information regarding Mr. Assange’s personal actions in Sweden and thus no position on his arrest on charges of sexual assault other than that like any suspect in a criminal case, he should be accorded full rights of defence due under international and domestic law.”

However, she said that HRW is concerned about recent allegations from various political figures that the actions of Wikileaks somehow amount to either “terrorism” or “espionage” in the absence of evidence of any intent to attack civilians or endanger national security.

“Threats made against Mr. Assange’s life are particularly reprehensible,” she told IPS, adding that, “Although the quantity of the Wikileaks cable release is unprecedented, the nature of the material is not. Traditional media frequently reveal non-public government information of an embarrassing nature, and this can be in the public interest and in furtherance of the right to receive information in a democratic society.”

“We have expressed concern to Wikileaks that care be taken not to reveal information that endangers lives, and we continue to monitor the disclosures to that end,” PoKempner added.

Human Rights First supports the debate over U.S. diplomacy that has been sparked by the latest round of Wikileaks documents, but it shares the concerns of Human Rights Watch about the question of human rights activists who may be at danger if certain information is not redacted.

Wikileaks says it has been especially careful in removing those names.

John Kampfner, the chief executive of Index on Censorship, associated with IFEX (the International Freedom of Expression Exchange), says, “Good journalists and editors should be capable of separating the awkward from the damaging. Information that could endanger life, either in the short term or as part of a longer-term operation, should remain secret.”

In an editorial this week, he predicts: “Once this latest flurry is over, prepare for the backlash. Mr. Assange’s industrial-scale leaking may lead to legislation in a number of countries that makes whistle-blowing harder than it already is. Perhaps the most curious aspect of the Wikileaks revelations is not that they have happened, but it took someone as mercurial as Mr. Assange to be the conduit.”

“Rather than throwing stones, newspapers should be asking themselves why they did not have the wherewithal to hold truth to power,” he said.

Of course, many publications certainly did, if only after the fact. As noted by Reporters Without Borders, which strongly supports the right to publish, “Any restriction on the freedom to disseminate this body of documents will affect the entire press, which has given detailed coverage to the information made available by Wikileaks, with five leading international newspapers actively cooperating in preparing it for publication.”

As Assange’s supporters rally to his side, one thing is clear – the genie is out of the bottle and can’t be put back, regardless of the pressures exerted on the whistleblower organisation by corporations and government authorities.

Chip Pitts, past president and current member of the executive committee of the Bill of Rights Defence Committee, told IPS, “Assange’s arrest now further complicates and escalates the situation.”

“The ferocity with which the establishment has targeted Assange reveals its profound concern over the historic new trend toward global transparency Wikileaks exemplifies: if the big thieves can’t keep their thievery secret, what will they do?”