NEW YORK, Feb 10 2011 (IPS) - While the international community is now talking of a triple global crisis – food, climate and economic – a weeklong session of the World Social Forum (WSF) is coming to a close in Dakar, Senegal. 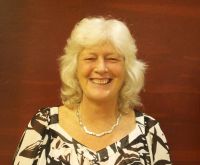 Countless organisations are participating, hoping to bring another world to life, one that is more focused on people’s lives than on economic profits.

The Global Call to Action Against Poverty (GCAP) is a leading civil society group in the WSF. Its co-chair Sylvia Borren discussed GCAP’s role at the forum and its evolution over the last decade, since the first gathering in Porto Alegre, Brazil in January 2001.

Q: What do you expect from the current WSF in Dakar? A: I expect that the food/water/climate crisis affecting large parts of Africa – caused by rich countries – will be high on the agenda. Our leaders are not solving this in the G8, G20 or in the U.N. ‘We the People’ will have to take leadership, and I expect new civil energy as well as new strategies to be the result of this WSF – certainly after the dramatic democratic movements using social media presently witnessed in the Arab world.

Q: What is the “other world” promoted by the WSF? A: It is clear that the vast majority of the citizens in the world are looking for a just world where distribution of education, health, jobs and wealth is much more equitable and where ‘global common goods’ are agreed and managed, such as sustainable and just climate agreements.

However, the power is at this point still in the hands of rich minorities, an elite world class which interconnects banks, corporations, governments, corporate media and sometimes criminal networks.

Planetary or global citizenship is about organising as citizens to achieve new forms of value-driven, inclusive global democratic processes – in which not the banks and corporates get bailed out in a global financial crisis, but the people who pay the real price for something they did not cause: in and with their lives.

Q: Should the WSF constitute itself as a genuine body to have more power and influence on national policies? A: WSF was set up to be a space in which social movements can meet, strategise and begin to organise their influence at the country and global level. This works very well. WSF itself would fall apart and lose its very significant role if it tried to become an institute or a movement with specific goals itself. It is the ‘global safe house’ for emerging civil action of many different sorts.

Q: Could you give me an example of an idea first promoted at the WSF, and then implemented successfully? A: GCAP itself was launched at the WSF in 2005, and strengthened its network at subsequent WSFs, which lead to many concrete results such as a growing mobilisation around international poverty day – 173 million people joined in October 2009.

Concrete results at the national level include more government spending on education, health, social security, child benefits, support for people with disabilities etc. At the WSF in 2009, GCAP and others prepared the strategy towards the U.N. Climate Conference in December that year: GCAP organised Climate and Poverty Hearings/Tribunals in 18 countries – which have fed into concrete climate work at national and global levels.

Q: What is GCAP going to promote this year? A: GCAP Senegal together with Civicus, UNMC, UNDP and others is holding panel discussions on how civil society can monitor governments in their promises to accelerate efforts to achieve and exceed the MDGs by 2015. Water and sanitation is a key subject for Africa as well as the soaring food prices.

And in the ‘World We Want statement’ GCAP has coordinated a combined global civil society vision for our fight against poverty and for justice in the world – which includes stopping violence against girls and women, mother and child mortality etc.

Q: What current challenges is GCAP facing? A: GCAP had strong presence at the MDG summit at the U.N. in September 2010, and organised its Global Assembly there ending in an ambitious strategic plan. The challenge now is to implement the many aspects of this ‘The World We Want’ plan, to organise what is being done in which country and by which constituency group, and to find sufficient alliances as well as funding for that implementation – in a time that there are dramatic financial cutbacks in funding, right-wing backlash in some countries, and diminishing public spending in many countries because money was used for the bailout of the banks and corporates.

Q: Are you hopeful the Financial Transaction Tax (FTT), supported by GCAP, could resolve poverty in the world? Could the WSF have a positive impact on its adoption? A: The proposed FTT can be an excellent tool to generate more money for poverty alleviation, education, health and job creation. By itself it will not resolve poverty. For that, many other things have to stop – unfair trade, dumping of subsidised agricultural products, violence against women, trafficking, CO2 emissions etc.

And many other things have to be distributed more justly – land, water, education, health, energy, jobs etc.; and deeper transformation is badly needed: in democratic processes in many countries – rich and poor – and in relationships between mankind and the environment and between women and men.

The WSF plays a facilitating role (in the adoption of the FTT). My expectation is that some sort of FTT will actually be adopted before the next WSF.