RIO DE JANEIRO, Mar 28 2011 (IPS) - Latin America is still divided over the military intervention in Libya. But the nations that were initially opposed to it are gradually hardening their stance as the objective of the Western powers taking part in the air strikes authorised by the U.N. Security Council to protect civilians becomes less and less clear. 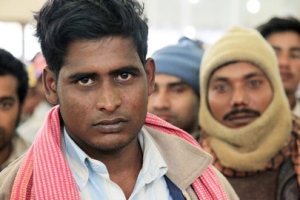 Brazil, which abstained from the Mar. 17 U.N. Security Council vote that authorised “all necessary measures to protect civilians under threat of attack” by pro-Muammar Gaddafi forces in the North African nation, is now calling for a ceasefire.

According to left-wing President Dilma Rousseff, the military intervention is causing what was feared when Brazil abstained in the vote: instead of protecting civilians, the air strikes are causing victims.

“After lamenting the loss of lives as a consequence of the conflict in the country, the Brazilian government expresses hope that an effective ceasefire will be implemented in the shortest possible time, capable of guaranteeing the protection of the civilian population and of creating the conditions for dialogue in the crisis,” the foreign ministry said in a statement.

“Brazil reiterates its solidarity with the Libyan people in their search for greater participation in designing the country’s political future in an atmosphere of protection of human rights,” adds the Mar. 22 communiqué, attributed by local media to a behind-the-scenes agreement in BRIC, the bloc made up of Brazil, Russia, India and China.

The BRIC countries and Germany abstained from voting for resolution 1973 adopted by the 15-member U.N. Security Council, which imposed a no-fly zone over Libya for the international mission, but excluded “a foreign occupation force of any form” in that country, which has been ruled by Gaddafi since 1969.

The Brazilian government expressed its stance against the war after U.S. President Barack Obama headed out after his Mar. 19-20 visit to Brazil.

Antonio Alves Pereira, professor of international relations at the Rio de Janeiro Federal University, said the timing of the decision was less about diplomatic deference and more about the intensification of the air strikes.

“When the news of deaths of civilians caused by the bombing came out, Brazil reasserted its position against continued military action,” said Pereira, adding that Brazil’s abstention from the vote was “consistent” with this country’s traditional policy of preference for “diplomatic dialogue.”

Mauricio Santoro, an expert on international relations at the Getulio Vargas Foundation, a prestigious Rio de Janeiro-based think tank, added that the initial abstention in the U.N. as well as the subsequent hardening of its stance were decisions that are “easier” now for Brazil to take because “the other countries of the BRIC also took the same position, which prevented this country from being isolated.”

As Santoro said in his conversation with IPS, that marks a difference with the past, when Brazil voted against sanctions against Iran, along with Turkey, but “isolated from Russia and China, which did support them.

“Brazil’s tradition is to never support a military attack against another country, to never back a coercive intervention, and to always support the route of peace in conflict mediation,” he said.

In neighbouring Argentina, where the government had issued no statement either for or against the military intervention, Argentine Foreign Minister Héctor Timerman wrote on Twitter on Mar. 21 that the air strikes were carried out before “all available diplomatic means were exhausted.”

He also said the report by the U.N. envoy to Libya should have been awaited before any decision on military action was reached.

Khatchik Derghougassian, a professor at the private University of San Andrés, said that both Argentina and Brazil “are injecting a dose of rationality and prudence into an international development that could turn into an unpredictable adventure like the one in Iraq.”

The expert on international relations clarified that the position taken by South America’s giants “is not based on defence of a regime that has its own people killed” but is “a questioning of the military alternative when other options have not yet been exhausted.

“It is a moderate stance, different from the one taken by Cuba or Venezuela, which has a more anti-imperialistic flavour,” he said.

The left-wing governments of Uruguay and Paraguay have also expressed positions similar to the ones taken by Brasilia and Buenos Aires.

“This attack implies a setback in the current international order,” said Uruguayan President José Mujica in an interview published by the local daily La República. “The remedy is much worse than the illness. This business of saving lives by bombing is an inexplicable contradiction.”

The countries belonging to the ALBA trade bloc, in line with the position taken by Venezuela’s leftist President Hugo Chávez, have roundly condemned the air strikes, which they say are based on U.S. and European interest in Libya’s oil, and on the desire to curb the expansion of Arab revolutionary movements.

Venezuela leads ALBA (Bolivarian Alliance for the Peoples of Our Americas), which is also made up of Antigua and Barbuda, Bolivia, Cuba, Ecuador, Dominica, Nicaragua and Saint Vincent and the Grenadines.

Chávez, who prior to the U.N. Security Council decision tried to get a group of friendly countries to study the situation on the ground and mediate, condemned the operation code-named Odyssey Dawn and called for efforts to seek a diplomatic solution.

But according to the Venezuelan leader, “the Yanqui empire simply reached a decision: Gaddafi has to be overthrown, we must take advantage of the popular uprising.”

He added that the aim was “not only to remove Gaddafi, but to kill him.”

“Venezuela and the countries of ALBA demand a halt to the attack on Libya and against any nation of this world,” he said.

But Félix Arellano, director of the school of international studies at Venezuela’s Central University, told IPS that this position “makes no sense and has no chance in the international scenario, because it is not a proposal for mediation but for shoring up a discourse of defence of only one of the sides and the paralysis of the other.”

At the other end of the spectrum, in favour of the intervention in Libya, are Colombia, Peru and Chile – the only right-leaning governments in South America – as well as Mexico, whose government issued “a call to Libya’s authorities to put an immediate halt to the grave and massive violations of the human rights of the civilian population.”

“The terms of the U.N. Security Council resolution must be fulfilled,” says a statement released Mar. 20 by Mexico’s foreign ministry.

“The position of the government of Felipe Calderón is to not generate conflicts with the United States, by backing the content of the U.N. Security Council resolution while leaving aside the issue of whether or not there is an armed intervention,” Adalberto Santana, director of the centre of research on Latin America and the Caribbean of the National Autonomous University of Mexico, told IPS.

The discrepancies seen in the region with respect to the Libya question are, in Arellano’s view, a sign of the current division that also affects the Union of South American Nations (UNASUR).

“Latin America is fractured, divided, largely influenced by ALBA’s ideologisation of regional politics, which has made it much more difficult to reach a common position,” the Venezuelan academic said.

But Derghougassian says the position in favour of the military intervention in Libya “does not threaten” South America’s unity.

“Belonging to UNASUR does not mean the countries must always express themselves with one single voice,” he said. “It’s a forum for moving towards common positions, in which there is generally agreement on the principle of non-intervention, but each country is free to find its own position, and that doesn’t mean there are divisions.”

* With additional reporting by Marcela Valente in Buenos Aires, Emilio Godoy in Mexico City and Humberto Márquez in Caracas.