Q&A: “Microfinance Is Much More Than Just Credit”

UNITED NATIONS, Mar 23 2011 (IPS) - A day after U.S. assistant secretary of state for south and central Asian affairs Robert Blake appealed to the Bangladeshi government to reconsider its dismissal of 70-year-old microfinance guru Muhammad Yunus from the Grameen Bank, IPS spoke with the president and CEO of Women’s World Banking (WWB), currently the most comprehensive network of microfinance institutions (MFIs) in the world. 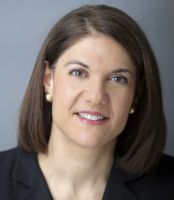 Mary Ellen Iskenderian, who has worked with WWB for well over a decade, believes that what she calls a political smear campaign against Yunus has no bearing on the tangible changes provoked by MFIs.

She dismissed the notion, which is swiftly gaining momentum in many quarters, that microcredit is ineffective as a sustainable method of poverty alleviation and must be replaced.

Iskenderian argues that the long-term positive impact of MFIs and their projects in the global south will help to close the poverty gap and empower rural, third world women – a population who shoulders the brunt of structural inequality.

Q: How has Muhammad Yunus’s dismissal from Grameen Bank affected WWB? A: We were very concerned about what the general public might think and what this confusion would do for the “microfinance brand” so to speak – it’s extremely unfortunate that his dismissal has nothing to do with microfinance and is in reality nothing but a politically motivated move against the founder of Grameen Bank.

Bangladesh is a place in which you can literally track the positive impact of microfinance efforts on poverty reduction and it’s very disheartening that political officials are attempting to discredit this.

Q: How has WWB dealt with this media blow? A: We’re trying as hard as we can to get the word out about how effective microfinance has been. Today microfinance is so much more than just credit – we are working on a whole range of other products that can add a level of security to low-income households to soften the repeated blows of poverty.

Q: How does WWB respond to the barrage of critique that has come at MFIs and the MF industry in recent years? Does WWB share any of the concerns of critics of MF? A: We feel that there is a much bigger story that isn’t always being told in its entirety. While giving women access to credit achieves short-term goals – such as allowing women to build small businesses – the long-term changes created by women who choose wisely how to expend the income generated from these activities is often ignored.

For example, a woman who owns her own business often makes wise investments that lead to structural change over a longer period of time – the education of her children, for instance. Those changes happen much more slowly than the few months dedicated to a controlled study allow you to see.

The impact of a family allowing a girl child to be educated rather than pulling her out of school to contribute a small amount of income towards the household is enormous – but it cannot be observed and recorded during the duration of a research study. Some of the critique, despite being well- intentioned, does not present an accurate picture of the kind of change microfinance is capable of inducing.

Q: Are there any examples that saliently address these critiques? A: I would look at one of our earlier members, Sewa Bank in Gujarat, India, which does not just dispense credit but also mobilises savings. One of the most salient aspects of this is that institutions who can take deposits not only ensure their clients greater stability and security, but the institutions themselves can secure a stable source of low- cost local currency funding by way of deposits.

Sewa is not only interested in providing enterprise credit and agricultural credit but is also taking savings and making highly successfully pension-products so that women can save for the long term. Sewa also provides healthcare on the ground, through what they call the ‘barefoot doctors’, as well as health insurance.

Sewa is a great example of the kind of institution in our network that is very focused on a woman’s life cycle needs. As the CEO of Sewa always says, “poverty is like a game of chutes and ladders” – by which she means unpredictable events can destroy everything a woman has built in her life and MFIs like Sewa can protect against that kind of catastrophe.

Q: Does WWB believe in alternatives such as peasant cooperatives? Are you dedicated to bringing more women from the grassroots to the decision-making table at the highest level? A: Absolutely. You’ve hit the nail right on the head. We think one of the most worrying trends is that as more private and commercial banks come into the picture, fewer and fewer women are visible in the ranks and staff of microfinance at the executive level, the senior level and even at the loan officers’ level.

The question then becomes, how can you design a product to help poor women without consulting women on the issue? WWB is very strict in any product launch that we do with our members. We do market research as a first step and talk to the community organisations and to grassroots leaders to find out what they’re actually looking for.

Since women tend to save more than men we always consult with women when designing savings products. Most of these women need confidentiality because they don’t want their husbands or neighbours to know they’re saving. So coming up with saving mechanisms where women can formally save money in their own name without the knowledge of the community needs to be built into our product design.