Will the Libya Syndrome Spread in OPEC?

CARACAS, Mar 8 2011 (IPS) - The combination of a leader in power for 42 years, underground political forces bursting on the scene with violence, fractured armed forces and a fast-developing civil war would appear to be a specifically Libyan phenomenon that is unlikely to expand to the rest of OPEC. 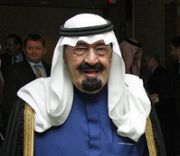 But the specter of rebellion has reached the shores of other members of OPEC (Organisation of Petroleum Exporting Countries), in the form of petitions signed by dozens of intellectuals, armed clashes and harsh crackdowns on demonstrators.

“The current unrest in the Middle East and North Africa is like a powerful wave, and still has far to go before it runs out of momentum,” Michael Klare, a professor of peace and world security studies at Hampshire College in the U.S. state of Massachusetts, told IPS, adding that “it will affect other oil-producing countries.

“I believe that the images of Egyptian young people seizing their future and eliminating a hated tyrant will resonate for many years to come in other Middle Eastern countries, even if it does not result immediately in identical demonstrations. The young people in Iran, Iraq, Saudi Arabia, Kuwait, Oman, and other oil-producing countries are all aware of these images, and will seek to emulate them one way or another,” he said in an email.

“The expansion of its 430 billion dollar economy has benefited a substantial section of the entrepreneurial elite — particularly those well connected with the ruling family — but has failed to produce jobs for thousands of college graduates every year,” he wrote in a recent article for Foreign Policy magazine.

Two-thirds of Saudis are under 30, al-Rasheed points out in the article, titled Yes, It Could Happen Here. He notes that they are an “educated, connected, and articulate” generation who watch satellite channels like Al Jazeera, have laptops and are well-informed about corruption scandals involving the ruling elite, while unemployment, which affects nearly 40 percent of youths between the ages of 20 and 24, pushes them into anti-social behaviour and causes marriages to collapse.

Angry young people who have poured onto the streets in the Arab world, from Morocco to Iraq, and in Iran as well, are the vanguard of the changes that are already taking root in Tunisia and Egypt, and that are taking the shape of a civil war in Libya, the first OPEC member to be seriously shaken by the “powerful wave” that Klare was talking about.

OPEC is made up of eight Muslim countries — Algeria, Iran, Iraq, Kuwait, Libya, Qatar, Saudi Arabia, and United Arab Emirates; two sub-Saharan African nations — Angola and Nigeria; and Ecuador and Venezuela in South America. They produce about 40 percent of the world’s crude oil and account for two-thirds of the world’s traded oil.

The unrest in Libya has driven oil prices to their highest level in two and a half years.

Elie Habalián, a former Venezuelan governor at OPEC, told IPS that “if a North Africa-style uprising were to happen in Saudi Arabia, the market would definitely be upset.” However, he said that possibility was unlikely.

The expert on the Middle East said one emblematic case is Algeria, “where the armed forces have a cohesion and tradition of state and government that makes unrest like that seen in neighbouring Libya and Tunisia improbable. And if there is any change there, it would come about with the consent of the army, and oil production and supplies would not be affected.”

More than 100 leading Saudi academics and activists have called for the establishment of a constitutional monarchy, instead of the current Sunni theocratic monarchy led by the House of Saud.

And according to reports, the Shiite minority, who mainly live in Saudi Arabia’s oil-rich eastern province, are sensitive to the protests by fellow Shiite Muslims in the small neighbouring country of Bahrain, and upset over the Saudi and Qatar-aided crackdown on demonstrations there.

All protests were recently banned in Saudi Arabia, where the Interior Ministry announced that the security forces would use any necessary measure to prevent disruptions of the public order.

Some 40 women demonstrators who challenged the ban were arrested Saturday, and troops were sent to the eastern province.

But Habalián and al-Rasheed concur that opposition in the Saudi kingdom is just awakening, and they do not foresee an outbreak of Libya-style violent unrest.

Kuwait, Qatar and the United Arab Emirates (UAE), absolute monarchies with aspects of a free market economy that are major producers of oil and gas, do not appear to have been seriously shaken by protests like other Arab countries, but face a demographic challenge: most of the workforce, and even a majority of the population in these countries, is foreign-born.

In Kuwait, just one-quarter of the labour force of 1.2 million is Kuwaiti. Numerous stateless Arabs, desert-dwelling Bedouin long denied citizenship, have taken to the streets in the past few weeks demanding their civil rights.

In Qatar, less than one fourth of the country’s 1.5 million inhabitants are Qatari; the rest are mainly from India, Iran or North Africa.

And in the case of the UAE, just 20 percent of the population of 4.5 million are Emiratis, while half come from South Asia — principally India and Pakistan, as well as Bangladesh — and the rest come mainly from other Arab countries and Iran.

The risk of upheaval in the Gulf states would thus depend on political demands coming together with social and demographic tensions.

As a prevention measure, Saudi Arabia’s King Abdullah announced 37 billion dollars in additional spending on social programmes, one-third of which will go towards an across-the-board 15 percent salary hike.

In the Gulf countries, there are never reports of dissidence in the army or armed opposition of the sort seen in Iran and Iraq in recent decades. In these two large oil producing nations, co-founders of OPEC in 1960, the novelty is the reappearance of public dissent, more pronounced in Tehran than Baghdad.

In Iran, where Shiites — a minority in much of the Muslim world — are a majority, since the 2009 elections protests have been led by former opposition presidential candidates Mir Hossein Musavi and Mehdi Karrubi against the government of Mahmoud Ahmadinejad. The demonstrations have been systematically banned and repressed.

In Baghdad, thousands of demonstrators converged on their own Tahrir (Liberation) Square — like the epicentre of the revolution in Cairo — chanting slogans such as “Oil for the people, not for thieves” and protesting against poor delivery of basic services, corruption, the U.S. occupation, unemployment and incompetent government authorities.

Iraq is led by a power-sharing government, with Shiites, Sunnis and Kurds occupying the top posts.

Whatever happens among OPEC members — and other oil producers — in the Gulf and North Africa as a result of the Arab uprisings, “the old oil order in the Middle East has now disintegrated, never to be restored,” Professor Klare said.