NEW YORK, Apr 12 2011 (IPS) - As Alabama became the latest U.S. state to approve a tough anti-immigration bill last week, concerns are growing that other states will take a similar path. 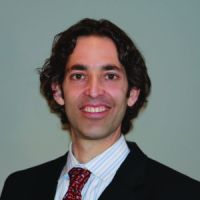 Across the United States, millions of documented immigrants take low-paid jobs for longer hours in order to make ends meet. The vast majority of them are condemned to live in constant fear of arrest and deportation.

The controversial state legislation in Alabama empowers local police to demand proof of lawful work authorisation from suspected immigrant workers and punishes businesses that employ them.

In an interview with IPS, Marc Rosenblum, a senior policy analyst at the nonpartisan, non-profit Migration Policy Institute in Washington, explained how the Alabama bill is likely to affect immigration policy in other states as well, potentially leading to a new wave of racial profiling across the nation. Excerpts from the interview follow.

Q: What will the consequences be of the recent bill passed in Alabama? A: The Alabama House of Representatives approved a bill, HB56, modelled on Arizona’s recently enacted immigration enforcement law SB1070. If approved by the Alabama Senate and signed by the governor, as expected, the Alabama law would make unlawful presence in Alabama a state crime and would require law enforcement officers in the state to investigate the immigration status of people whom they suspect of being unauthorised.

The law also would impose new state penalties against people who hire or transport unauthorised immigrants. If enacted, the Alabama law likely would be subject to a federal court challenge, the outcome of which likely would be linked to the ongoing court case concerning Arizona’s SB1070.

Q: Do you believe this bill could lead to racial profiling? A: The Alabama law would require law enforcement officers to determine the immigration status of any person they stop, or detain “where reasonable suspicion exists that [the] person is an unauthorized alien,” along with anyone who is arrested in the state.

Although the law establishes conditions under which a person is presumed not to be an unauthorised alien, it does not describe the grounds for reasonable suspicion that a person is unauthorised. The law would prohibit law enforcement officials from engaging in racial profiling, but its broad enforcement mandate would make it likely that some law enforcement officers would rely, at least in part, on individuals’ race and ethnicity when deciding whether or not to investigate their immigration status.

Q: Could big migration centres like New York expect similar laws? A: About a dozen states are currently considering enforcement measures modelled on Arizona’s SB1070, with the most active legislative efforts concentrated in the southeast, including Alabama, which has experienced a surge in new immigration during the last two decades.

Q: What are the biggest issues concerning immigration in the United States? A: The U.S. immigration debate has focused on three key questions for most of the last decade: What to do about the roughly 11 million unauthorised immigrants now living in the United States? How to prevent new illegal immigration? And how to ensure that the immigration system creates adequate opportunities for U.S. employers to hire needed workers and for U.S. citizens and legal residents to petition the admission of their family members living abroad.

While all of the political and legislative activity currently is happening in state capitols, these important immigration issues will not be resolved until policymakers in Washington resolve some profound philosophical differences.

Q: Some argue that anti-immigrant laws are bad economic policy. Would you agree with that? A: The United States benefits economically from immigration. While high-skilled immigrants arguably make the most important economic contributions, including through their innovation and entrepreneurship, even low-skilled immigrants make important contributions by stimulating consumption and investment and providing needed labour market flexibility.

But immigration also has distributive effects, and too much immigration would strain U.S. public services and place downward pressure on wages. The challenge for policymakers therefore is to design policies that admit and even encourage needed immigrants but prevent unwanted immigration.

Q: Congress will be reluctant to address any controversial issues in 2012 due to the elections. Could we expect a meaningful immigration reform nationwide this year? Would this reform possibly benefit illegal aliens? A: Members of Congress and President [Barack] Obama confront conflicting pressures on immigration policy. On one hand, there is widespread public support for fair and practical immigration reform that includes legalisation for some unauthorised immigrants; and many Hispanic voters in particular see “comprehensive immigration reform”, including legalisation provisions, as a priority going into the 2012 elections.

On the other hand, a vocal minority of voters strongly opposes any form of legalisation and favours tougher immigration enforcement measures, including an expanded role for state and local law enforcement officials – as in the recently passed Alabama bill.