WASHINGTON, Apr 1 2011 (IPS) - As the Arab world continues to pitch and heave with flashes of popular uprisings here and sparks of brutal crackdowns there, analysts are painting a grim picture of the regional unrest’s economic consequences, predicting the persistence of high oil prices in the coming years. 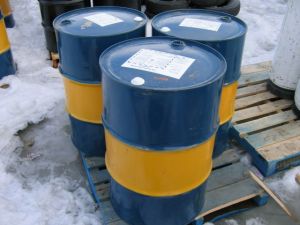 Political turmoil in Arab nations that hold about two-thirds of the world's proven oil reserves will likely keep prices above 100 dollars per barrel. Credit: Public domain

“We are now going not just into a period of uncertainty, but a period of big uncertainty and protracted uncertainty, and our instruments for actually influencing the outcome – political instruments – are very, very limited,” pronounced Uri Dadush at a Carnegie Endowment for International Peace (CEIP) discussion on the Middle East uprisings’ impact on oil prices.

Rising oil demand from economies climbing slowly out of the global financial crisis and emerging markets growing rapidly pushed prices to 90 dollars per barrel by December 2010.

Then, in the Arab Spring of the past 90-some days, communities from the Maghreb to the Persian Gulf took to the streets with banners and bullhorns, clamouring for reform and basic rights and ushering in the demise of decades-old regimes in two countries and the delivery of war in another.

Despite the continued rise in oil prices driven by the uncertainty arising from the unrest in the Middle East, Japan's devastating earthquake and tsunami and the nuclear emergency that followed have thrown a wrench into the global conversation on fossil fuel alternatives.

"Longer-term implications of Japan is that this whole discussion on carbon policy and nuclear's role on it is completely turned on its head," said Jamie Webster, a commodities analyst at PFC Energy, at a Carnegie Endowment for International Peace (CEIP) discussion on Thursday.

"It's a whole new game in terms of how we're going to deal with carbon policy when a number of governments are going to be very shy at looking at the only real - at this point - only real technology of scale that can actually do something to offset oil dependency," he added.

Lawmakers, environmental activists, and the energy industry are now re- evaluating their nuclear policies and projects - from Chile and Venezuela suspending tentative plans to explore use of the energy source, to Switzerland freezing the construction of new reactors, and Germany imposing a three- month moratorium on nuclear power, which put nine facilities offline.

In the United States, amid reports of radiation-tainted milk and ocean waters, public support is growing for a freeze similar to Switzerland's - a track the White House has so far refused to tread, reaffirming its confidence in and long-term commitment to nuclear energy.

"In an economy that relies so heavily on oil, rising prices at the pump affect everybody," Obama said in a speech outlining the country's new energy policy on Wednesday. "(H)ere's the bottom line: There are no quick fixes."

The president set a target of reducing U.S. oil imports by one-third in the next decade, while calling for increased domestic oil production and funding for alternative energy sources.

"(W)e will keep on being a victim to shifts in the oil market until we finally get serious about a long-term policy for a secure, affordable energy future," he said.

"In the event of a world (oil) price hike, the effects on the world economy will be serious," reiterated Uri Dadush, director of CEIP's economics programme.


These populist movements fuelled fears of potential disruptions in the transit, supply, and spare capacity of Middle East crude, driving costs to 30-month highs with a risk premium of around 10 dollars per barrel – and rising – added to the prices of last year’s end.

So far, especially with leading producer Saudi Arabia’s deployment of its traditional trifecta of ramped up force, religious ideology, and cash payments to appease its restive population, analysts say that the world’s oil supply is safe.

But ongoing political turmoil in the Arab Street – much of which winds atop about one-third of the world’s oil output and two-thirds of the world’s proven oil reserves – will keep prices above 100 dollars per barrel, experts predict, while uncertainty about when the dust will settle and what it will reveal, coupled with oil demand continuing to outpace supply, will sustain these high prices.

“Our assumption is that the risks are only upwards,” said Hans Timmer, director of the World Bank’s economic monitoring and forecasting arm, at the discussion. ” (T)here’s no relief in oil prices,” he speculated, “while there are scenarios possible where oil prices could go much higher.”

The CEIP panellists, which included prominent economists and regional experts, concluded that oil prices over the next two or three years could range from a floor of 75 dollars per barrel – an unlikely hope, they agreed – with a baseline of 100 to 110 dollars per barrel, hovering around current prices for the rest of the year, and the “plausible bad scenario” of spiking to 140 to 150 dollars per barrel with continued shocks.

With this bleak forecast, analysts fear that global economic growth will take a hit, impacting the world’s most vulnerable markets. “Any increase in oil prices is harmful for the global economy,” Timmer said.

Should the price of a barrel surge another 50 dollars from current levels, for high-income countries that are expected to grow at a low two and a half percent, a one-percent slash would have a significant impact. In places like Italy and Spain, which face massive debt, towering interest rates, and near-zero growth rates, the effect would be even more deeply felt.

And for developing countries, although many are expected to grow much rapidly, the prospect of sustained, higher oil prices could mean tens of millions more people descending into poverty.

“For poor people, the share of energy in their consumption pattern is much higher than for the rich people,” Timmer said. “Also, what is very important, oil price increases is one of the key factors behind the food price increase that we have seen recently. Food prices would go up also, so it could push a lot of people into extreme poverty.”

As the cost of food – partly driven by the cost of oil – continues to rise in equal measure, the World Bank has estimated that some 44 million people have already fallen below the extreme poverty line of living on 1.25 dollar per day or less since last June.

Unfortunately, the panellists concluded, there is little that can be done in the short-term to alleviate these record-high prices.

“If you’re not a producer, you’re only a demander,” said panellist Mohsin Khan, senior fellow at the Peterson Institute for International Economics and former director of the Middle East and Central Asia department at the International Monetary Fund.

“I’m not sure what the G20 can do other than sort of wring their hands and…point fingers at Saudi Arabia and say, ‘Look, you’ve got to do something about oil prices’,” Khan noted.

Although oil producers have an obvious interest in protecting the flow of crude – as evidenced, for instance, by Muammar Gaddafi’s conspicuous avoidance of oil-related infrastructure in his assaults, Saudi Arabia’s uptick in production to compensate for Libya’s deserted oil fields, or the Al Saud’s boost of direct payments to citizens in an attempt to placate reformist sentiments – the costs of that protection mean they also have an interest in keeping prices high.

“To have enough revenue to cover that spending, they need (prices to be) between 80 to 90 dollars a barrel,” Khan said. “So it’s no longer a case that the Saudis would prefer to have fair oil prices. They always say they want fair oil prices.”

The long-term solution, the consensus goes, is to reduce the world’s dependence on fossil fuels. But, Timmer warned, “There are two dangers there. First of all, long-term means that it will never happen because we are only engaged now in short-term problems, so we always postpone it.”

“And secondly, if it is true that the oil markets are very forward-looking and that incorporate now the crisis, then announcing bold and very plausible alternative energy plans can actually worsen the price now,” he continued.

Clearing the rubble, rebuilding institutions, and finding a foothold – and then staying -on a successful development path is key, Timmer argued, advocating for the spotlight to be refocused on post-revolution countries like Tunisia and Egypt and not just on oil producers like Algeria and Bahrain where revolutionary fervour is swelling, bolstering fears of supply disruption.

“Some things are systemic challenges that need to be addressed and there’s not an American or a European or a G20 answer to these problems and that’s how it is,” echoed Christopher Boucek, a Middle East specialist at Carnegie.

“Not only will the current situation be going on much longer,” he said, “but the effects of what this has had on the region will be years. I think we’re still only in the very, very beginning of all this.”