ISTANBUL, May 13 2011 (IPS) - The glass isn’t exactly half-full, but it certainly is not entirely empty either. Within the broad failure of the weeklong Fourth U.N. Conference on the Least Developed Countries (LDC-IV) in Istanbul that concluded Friday, many delegates are taking heart in a strengthening South-South front that has emerged. 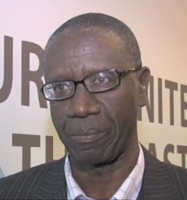 That front failed to secure a trade agreement to the satisfaction of the LDCs. But delegates say the very act of joint and unified negotiations by the group has put them in a stronger position for bargaining in years ahead.

There was no hiding the disappointment over the conference, though. “We were looking for a bold, forward looking and ambitious programme of action,” Arjun Karki, chair of the LDC-IV Civil Society Forum told IPS. “We thought member states would learn from past three conference failures.”

The LDC conference, organised through the U.N., is held every ten years. That gives countries a lot of time to prepare progressive policies for the LDCs – and then just a week to give expression to them. The developed world largely failed, despite progress at this conference on some counts.

“We had really been looking for a new aid architecture for the LDCs,” said Karki. “The present structure is not really helping LDCs. That is based on the principle of market fundamentalism and neo-liberal policies that have privatised profits and nationalised losses.”

But looking at the silver lining, Karki said, “we are also encouraged by the political spirit of the LDC member states. They are working unified, very close together, and they tried to defend their interests until the very last minute. So there is some political achievement in terms of building and strengthening the LDC group as a political bloc.”

The partnership between the LDCs and civil society has really improved, Karki said. “So we can work together as a political group and as a pressure group in days to come so that our voices are heard by key development voices who make policies and programmes.”

There are deeper gains that others point to, even if these did not show by way of a deliverable new trade deal for the LDCs.

“South-South is really picking speed because the latest UNCTAD [United Nations Conference on Trade and Development] report for the least developed countries for 2010 says the South is now the major market for LDC exports,” Demba Moussa Dembele, chairperson of LDC Watch told IPS.

“Most foreign direct investment received by LDCs comes from the South,” he said. “Not only in terms of financial resources but technology transfer. The emerging companies are becoming major players in the LDCs’ economies. And loans given by emerging economies are mostly on a concessional basis, or grants.”

That new cooperation was strongly confirmed and strengthened at the Istanbul conference, Dembele said. “We would like to push for greater South-South cooperation because in our opinion it’s one way for LDCs to have more political autonomy to design their own policies and formulate their own priorities, and to implement policies that are in the best interests of their citizens.”

A clear sign of progress is what is not taking place, or at the least not being so confidently pushed, to corner the LDCs. Prime among these are the Economic Partnership Agreements (EPAs) that the European Union (EU) has been seeking with many of the African, Caribbean and Pacific (ACP) countries. The EU has succeeded in forcing Papua New Guinea and Fiji already to sign such deals.

“The EU wanted to force these agreements on Africa in 2007,” Dembele said. The EU is easing pressure now “because the EU is seeing the South-South connection becoming stronger and stronger, especially through China, India and Brazil. These three have very deep financial and political relations with Africa. And so the EU is afraid of losing its backyard, economically speaking.”

For the LDCs this means an important new path, he says. “For 500 years and more we have been mistreated by Europe. This South-South cooperation is fresh air for us. It is excellent for our liberation – if of course we use it wisely.”