UNITED NATIONS, Aug 16 2011 (IPS) - As the effects of accelerating climate change ripple outward, pushing millions from their land and homes, experts warn that international human rights and refugee law needs to catch up to the reality on the ground if migrants are to be given adequate protection and support. 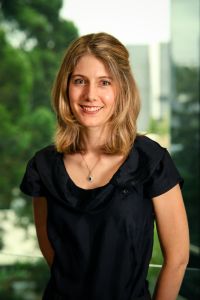 The 1998 Guiding Principles on Internal Displacement could serve as an interim model “until a more comprehensive solution is found”, says Jane McAdam, director of the International Refugee and Migration Law project at the Gilbert and Tobin Centre of Public Law, University of New South Wales, Australia.

“At the moment, if somebody crosses the border and says ‘I need protection, I fled the impacts of climate change’, there is no mechanism to provide that,” she explained.

Seeing the big picture of how climate change impacts on people’s livelihoods and their decision to migrate as an adaptation strategy is indispensable, McAdam stressed.

“Climate change overlays preexisting stressors that people face and it is about taking a multi-pronged approach to solutions at every level, from the sub-national through to the national, to the regional and international,” she said.

McAdam spoke to IPS U.N. correspondent Rousbeh Legatis about the pros and cons of the Guiding Principles on Internal Displacement for devising a further legal framework to protect climate-driven migrants worldwide.

Q: Why is climate change such a difficult factor when we are talking about protection laws? A: It is very difficult to single out “climate change” as “the” cause of movement. Climate change interacts with underlying stressors, such as poverty, environmental vulnerability, poor development practices, and so on.

For example, if you go to the slums of Bangladesh, to which many people from rural Bangladesh have moved, people will cite different reasons for why they have moved, even if the underlying conditions are very similar. You might have two people in front of you, and one says ‘I have come here because of the impacts of climate change on my environment’ and the other says ‘I have come here because I have no work opportunities at home anymore’, even though both might have fled areas exposed to frequent flooding, crop loss, and so on.

If you have a protection instrument that requires climate change to be singled out as the cause of movement, the person who can identify the climate impact would get protection and the other would not. Is this appropriate when their needs may be identical? Or because they articulate the reasons for their movement in different ways?

I think focusing solely on climate change can actually skew the way we understand migration, especially because the governance structures we put in place can in part determine the way people then characterise why they moving. I think that we need to be quite level-headed when we devise what will the process be.

Q: Seen from a legal perspective, what can be done? A: One question is whether we want to talk about opening up the International Refugee Convention to renegotiation or alternatively constructing an additional protocol to it. I have concerns with this, because of the empirical nature of movement.

Legal definitions are constructed for a particular purpose, which is to filter who gets protection. So they are not going to adequately describe the complexity of movement. If they require climate change to be singled out as a cause of movement, they will require people to focus on the climate change aspect rather than on all the other underlying things as well.

The other thing with a refugee-like instrument is that it is remedial in nature. So, it does not assist people to plan movement in advance – as an adaptation strategy – but relies on them getting out and saying “now I need help”. A treaty is only useful in this context if you cross an international border.

Yet, the evidence shows overwhelmingly that most [climate-induced] displacement or migration will be internal, meaning most people who are going to be affected and who are going to have existing migration options are not going to have the resources to get themselves overseas and cross borders. That is why we perhaps need to be looking more closely at the Guiding Principles on Internal Displacement and perhaps supplementing them with guidelines that focus on other particular needs that might arise in a climate context.

Q: The Guiding Principles could be an interesting approach to find effective answers in terms of climate-induced migration, because they explicitly involve displacement by natural disasters and so on. Yet, so far just 30 countries have adopted them and they are not binding. What kind of problems are coming out of this situation? A: There is no political appetite to draft a new international treaty, so I think the Guiding Principles may provide a useful first step. It might be more appealing to states to have an interim – non-binding – instrument before they get to formal, binding instrument: a precursor until a more comprehensive solution is found.

Furthermore, the fact that just few governments have adopted the Guiding Principles suggests that a treaty option would be even less likely to succeed at the international level.

The Guiding Principles were an initiative that occurred outside the normal state-to-state negotiating processes. They were drafted by experts and then presented to states and other actors as useful guidelines. They are not binding, but based on binding international law. So they draw together relevant bits of humanitarian, human rights and refugee law, and bundle them up and say that is what is relevant particularly to internal displacement.

The question is what else do we have? Even though a small number of countries have implemented the Guiding Principles, a much larger number are signatories to the international treaties on which they are based. So maybe it is a matter focusing on those international obligations and reminding states that they have agreed to respect them. The Guiding Principles simply distil them for this particular context.

Q: A prerequisite for effective legal protection measures is a notion of who is a climate-displaced migrant. Why is this so complicated? A: There are so many different contexts that can be encapsulated in that single term that we need to look at the particularities of any given situation to ensure that solutions are crafted that speak to the needs of that community. I think there are important lessons to be learned. Focusing on just one thing like the Guiding Principles is dangerous.

We need to look at a whole range of solutions so that we deal with the different stages and nature of climate change-related displacement.