UNITED NATIONS, Aug 26 2011 (IPS) - As the United Nations readies for a major international conference on sustainable development next June in Brazil, non-governmental organisations (NGOs) are preparing to play a key role in the run-up to the summit meeting and are preparing a plan of action to be adopted by world leaders. 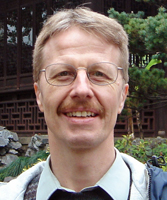 The Rio+20 conference will take place 20 years after the historic Earth Summit in Brazil in June 1992.

Asked about the importance of NGO contributions, Michael G. Renner, senior researcher at the Worldwatch Institute told IPS, “I think the answer is still outstanding. It will depend on how successful NGOs are in ensuring that the conference has adequate visibility in the public eye.”

He said NGOs need to make sure that the conference is not seen as disconnected from people’s daily concerns.

A series of NGO meetings are scheduled to take place in the coming months, including one sponsored by the U.N.’s Department of Public Information in Bonn, Germany, Sep. 3-5.

In an interview with IPS, Renner said that mainstream media often either ignore U.N. conferences or portray them as only of interest to U.N. “bureaucrats” and policy wonks.

So, NGOs need to be an effective bridge: translate specialist lingo into language that is meaningful to people in communities around the world, and at the same time carry grassroots concerns into the conference.

Q: Why is it important to have another Conference on Sustainable Development? A: The Rio 2012 conference presents an opportunity to take stock of both the progress that has been made and the goals that remain unmet. It offers a unique political opening to review and refresh commitments and promote new modes of international cooperation to address some of the most pressing issues of the century.

By and large, the environmental trends since 1992 have not been encouraging, and so we need fresh commitments, and a reassessment of which policies work and which don’t.

Clearly, this is not just a “technical” assessment, but in large part a deeply political exercise. Since the first Rio conference, we have heard much rhetoric about relying on market tools and mechanisms. But if governments don’t provide an overall framework, then they are simply abdicating their responsibilities. And if the public cannot hold governments and corporations accountable, then commitments may never properly be translated into action.

The conference is simply a means to an end, training the spotlight on where we have succeeded and where we have failed. I don’t so much look to the speeches that will be given or official communiqués that will be released. What’s more important is to create a renewed sense of forward momentum, to forge new partnerships and alliances, and to empower those who all too often are relegated to sidelines.

Q: What do you think are the new and emerging challenges the world is facing regarding the environment? A: I think less in terms of new challenges than about the need to think in more interdisciplinary ways. We are by now quite aware of the various strands of the environmental challenge, such as climate change, declining biodiversity, growing water scarcity, and so on. We need to get better at understanding how these strands are interwoven and that we may be in for growing surprises. Environmental change is not linear, but full of unexpected discontinuities and feedback loops.

An important aspect of the Rio 2012 conference is environmental governance. Mention this, and many people will think it means creating an arcane bureaucratic structure. But what is really required is that we challenge our compartmentalised world.

We can’t properly address environmental challenges if we assume that it’s a job for the environment ministries of the world alone. The causes and the impacts are multi-faceted, and policies at other ministries – economics, finance, science and technology, labour, foreign affairs, to name just a few – must evolve accordingly.

We have to figure out ways to overcome the walls that separate the different turfs, not to mention the borders that separate us into competing nation states. Clearly, a single conference is not going to accomplish this, but the discussions in Rio can help connect the dots.

Q: The U.N. Conference on Sustainable Development will take place in June 2012, 20 years after the original Earth Summit in Rio de Janeiro. This time the focus will be put on building a green economy and sustainable development governance. What are the main advances in these areas since 1992? A: An important advance is that concepts like ‘Green Economy’ or ‘Green Jobs’ have entered the lexicon as accepted terms. For too many years, the discussion focused on whether the pursuit of environmental goals would be detrimental to the economy and to employment. But it has become clear that environmental protection and economic wellbeing do not have to be mutually exclusive goals.

In fact, economic wellbeing will increasingly depend on pursuing technologies that reduce humanity’s overall footprint, and a transition of economic and social structures toward greater sustainability.

That’s not to say the discussion is over, far from it. In some countries, such as the United States, the public discourse has suffered reversals. There is also the question of what is meant by green economy. As with other terms, such as sustainable development, there is a certain danger that it will come to mean highly different things to different people.

‘Green growth’ is now often seen as the goal, sidestepping the question whether continued expansion of the physical economy can go on unchecked, or whether there is a need to more fundamentally rethink how the economy functions. Greater efficiency in the use of energy and materials are important, but these gains might be cancelled out through higher levels of consumption.

Q: What comes after the Rio+20 Conference? What’s next? A: As always, there is the challenge of making good on the speeches and declarations – to ensure that a conference like this is not just a one-time event with no meaningful follow-up. So, the work must continue. And in some ways, what happens in the corridors between conference sessions – making new connections, building new alliances – may well be even more important than what happens during the sessions. I regard the conference as an opportunity to create momentum, but the momentum then needs to be sustained.