COLOMBO, Aug 4 2011 (IPS) - The details would have done credit to the plot of a spy thriller, except they are chillingly real. 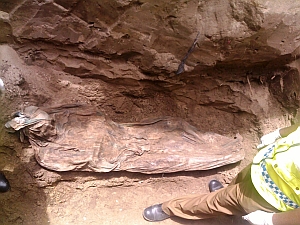 A human rights activist is last seen stepping into a vehicle voluntarily. His family receives ransom demands from his mobile phone and some of his belongings are deposited in a mosque – enough leads for the police to act on.

Pattani Razeek’s case would merely have added to the ranks of the ‘disappeared’ in Sri Lanka but for a sustained campaign to get the police to act mounted by his colleagues, rights groups and a mosque committee in his hometown of Puttalam, in northwest Sri Lanka.

It helped that Razeek, 54, was the managing trustee of the Community Trust Fund, a national rights body, and executive committee member of the Asian Forum for Human Rights and Development.

Finally, 15 months after the abduction, on Jul. 28, Razeek’s body was exhumed from the basement of a partially built house following the arrests of two suspects.

“There was a lot of pressure created at different levels,” Udaya Kalupathirana, from the INFORM Human Rights Documentation Centre, told IPS.

Rights organisations and individuals kept the disappearance in the limelight in Sri Lanka and at international forums, and the mosque committee in Puttalam began a public signature campaign.

“The campaign by the mosque committee was very effective. People became aware of the disappearance and the lack of action in tracing the perpetrators,” Kalupathirana said.

The arrested suspects led investigators to a house in the village of Ottamavadi, eastern Batticaloa district, where the highly decomposed body was found. “Razeek’s son was able to identify some of the clothing items,” Kalupathirana said.

A post-mortem to determine the cause of death is scheduled to be held in the first week of August.

The sudden flurry of activity, Kalupathirana said, contrasted with police indifference in the days and months that followed Razeek’s disappearance on Feb. 11, 2010.

“There was always this sense of inaction. The police had details of the arrested suspects by tracing phone calls and SIM cards, but no action was pursued,” Kalupathirana said. One of the suspects had in fact obtained anticipatory bail, citing his work with a minister.

But it was the mosque campaign that turned the tide, with at least two political meetings in Puttalam having to be cancelled because of public anger. The situation changed after a new police unit was assigned to the case.

“There is significance in the fact that the assassination of a human rights activists was followed by almost one-and-a-half years of covering up,” Basil Fernando, from the Hong Kong-based Asian Human Rights Commission (AHRC), told IPS.

Sri Lankan and international advocates who fought to keep the Razeek abduction out of the long, ‘unresolved’ list now want to widen their campaign to include thousands of other disappearances.

“We hope that investigation and prosecution of this crime will now be expedited, and that there will be similar progress in resolving the many thousands of outstanding cases of disappearance in Sri Lanka,” Ravina Shamdasani, a spokeswoman for the United Nations High Commissioner for Human Rights, said.

Records of a staggering 5,653 cases of disappearance in Sri Lanka are maintained by the U.N. working group on Enforced and Involuntary Disappearances. Shamdasani has requested the Sri Lankan government to cooperate with the group to resolve these cases.

AHRC’s Fernando said the huge backlog of unresolved cases and limited convictions of suspects is not encouraging in getting to the bottom of the Razeek case.

Fernando suspects that an unprovoked, brutal attack on a newspaper editor in the north, during the same week that Razeek’s body was recovered, may be a warning to activists, journalists and opposition party members.

“Given the extreme insecurity in the area if some ‘accident’ happens to a witness it will be no surprise,” Fernando said. “Sri Lanka’s slow system of criminal investigation and prosecution and delays in the courts could defeat even the most determined attempt to seek justice.”

Fernando echoed Shamdasani when he told IPS that “if the U.N. agencies intervene more effectively, by providing technical assistance and monitoring, at least some progress may be made”.

However, the Sri Lankan government is unlikely to cooperate, given a history of differences with the U.N. bodies and its affiliates, mainly over the conduct of the civil war with Tamil militants in the north and east of this island country.

U.N. High Commissioner for Human Rights, Navi Pillai, has been a vocal advocate for an international inquiry into alleged war crimes during the last phase of the civil war that ended in May 2009 with the defeat of the militant Liberation Tigers of Tamil Eelam.

“Our campaigns had some effect in Razeek’s case,” Kalupathirana said. “Now we need to make sure that we do not slacken the pressure.”